Ruth Langsford returned to the set of This Morning yesterday, following a hiatus from filming after the sad loss of her sister, who passed away after a long illness at the end of June.

Ruth thanked fans for their support during the difficult time, while husband Eamonn paid a sweet tribute to his wife, writing on Instagram ‘my partner is back in business’, and telling her: ‘it’s great to be back here with you, darling’ as they opened the show.

As she settled back into her role, Ruth chose a pretty floral dress, which won her plenty of compliments from fans who asked her where the piece was from.

‘Where is your dress from that you had on today? Love it!’ asked one viewer on Twitter, while another echoed: ‘Lovely to see you back on TV this morning. Love your dress and I was wondering if you are going to tell us where your outfit is from?’

Although Ruth herself is understandably taking a break from her usual outfit of the day social media posts, some of her followers have still managed to track it down, and it turns out that it’s an affordable buy from good old Marks & Spencer – hooray!

In fact, the Floral Print Waisted Midi Dress, which originally retailed for £55, is now more affordable than ever, as it’s in the store’s summer sale for just £34. 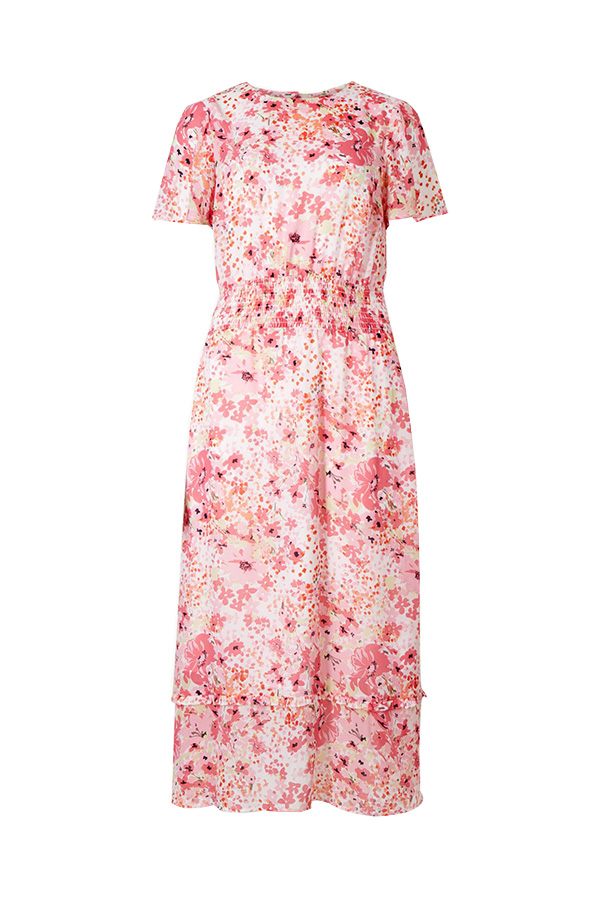 However, you won’t be able to order the garment online, as it’s already out of stock in all sizes – but if you’re headed into your local M&S store, you might still be able to get your hands on a Ruth-inspired bargain.

While you’re there, you might also be able to find the elusive retro midi dress loved by fellow ITV host Holly Willoughby, which has also sold out online, but is marked down to just £22!