The contents of a royal fragrance wardrobe is, of course, a closely guarded secret, but here’s what we do know about the royal family’s favourite perfumes, plus where to place your order if you want to try them for yourself. 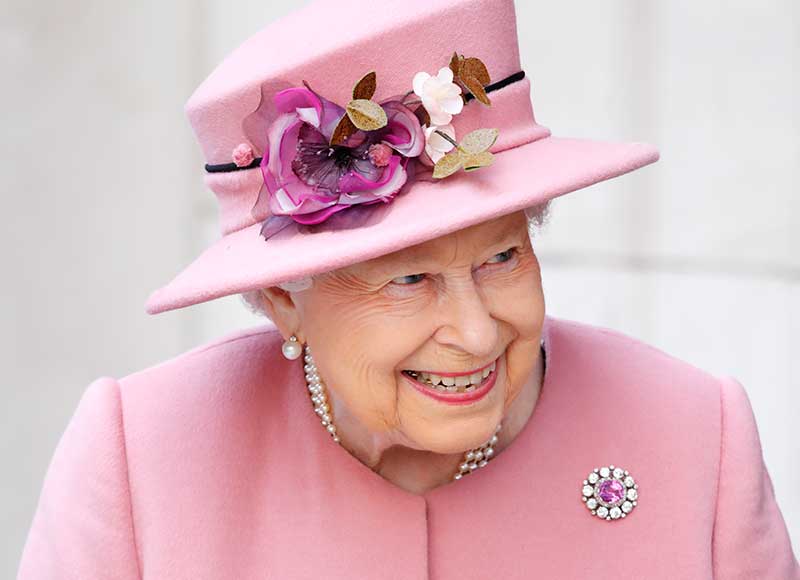 When it comes to Queen Elizabeth II herself, there are a number of alleged favourite scents on the radar, but the strongest rumours are White Rose by Floris, and Guerlain’s L’Heure Bleue.

It’s thought that the Queen chose the former – a floral blend with spicy carnation – for her wedding day and it’s remained close to her heart (and her wrists) ever since. Floris does hold a royal warrant, so there is some element of royal preference there. It’s also one of the more affordable royal perfume picks to sample, with a travel-size 50ml bottle retailing for £60. 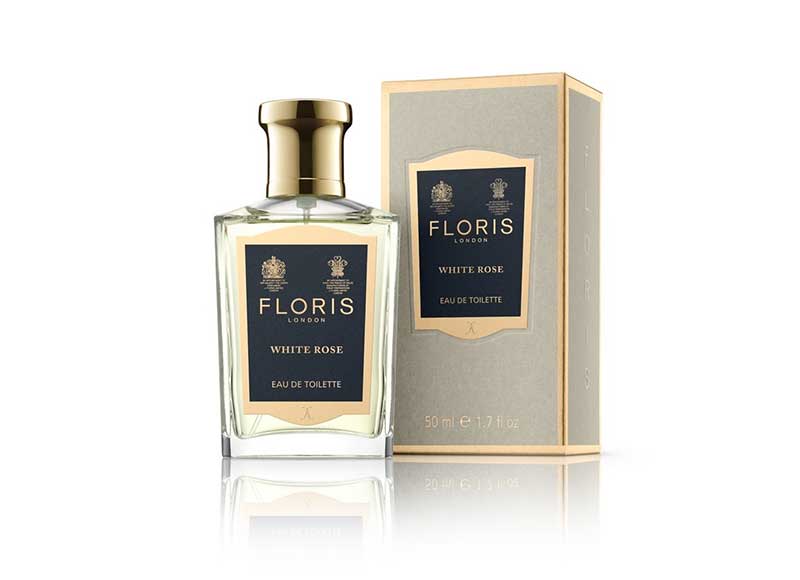 L’Heure Bleue, meanwhile, dates all the way back to 1912, and was designed to represent the evening hour when the sun has set, but night has not yet fallen – ‘the hour when one finally finds oneself in renewed harmony with the world and the light,’, the brand explains, in the words of Jacques Guerlain. On the nose, this translates as an unusual, spicy-sweet citrus with aniseed and bergamot. 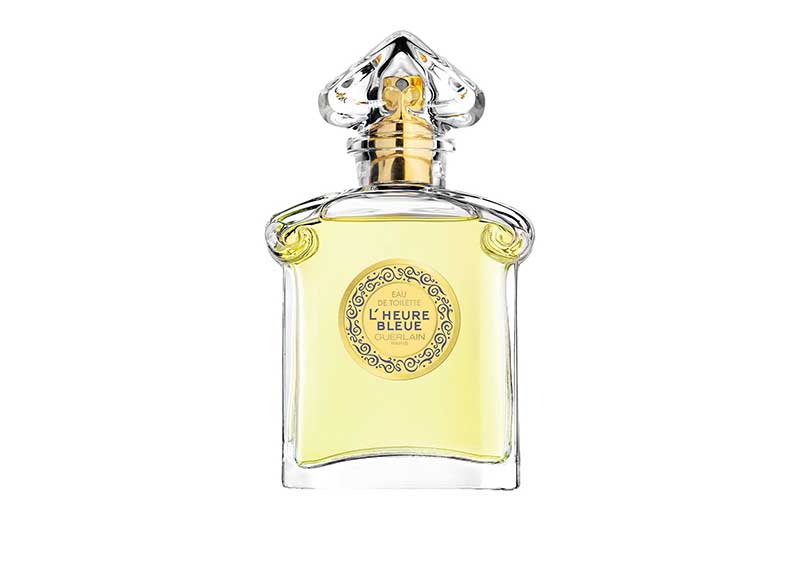 Kate, the Duchess of Cambridge 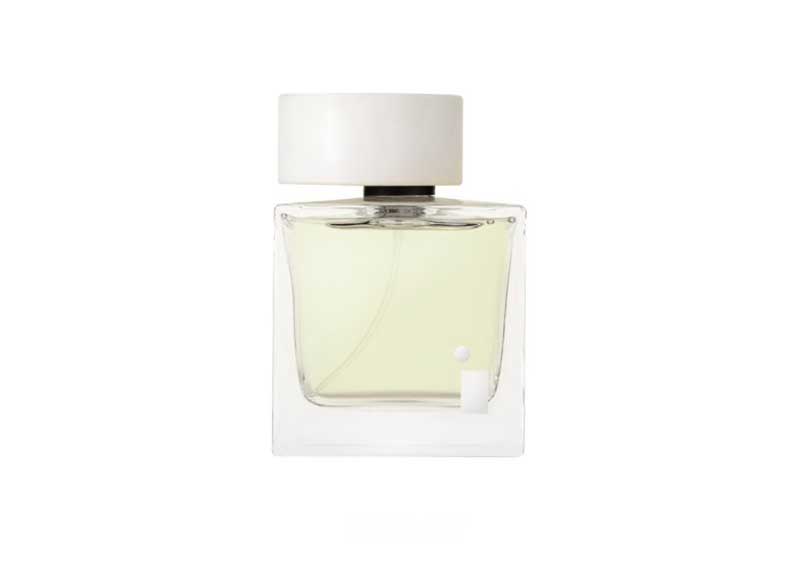 In one of the few confirmed reports of royally-approved perfumes, Clarence House revealed that Kate chose the blooming florals of White Gardenia Petals by Illuminum London for her wedding day in 2011.

With top notes of bergamot, cassis and lily and an exotic heart of gardenia, ylang ylang and jasmine, it’s a delicate scent that instantly makes you think of summer. It’s also notoriously difficult to get your hands on these days, thanks to the eternally-evident ‘Kate effect‘, coupled with the fact it no longer seems to be in production.

Kate was also previously said to be fan of Dior’s Dune perfume, which is a more widely-available option, although she’s never commented on her love of the scent officially. 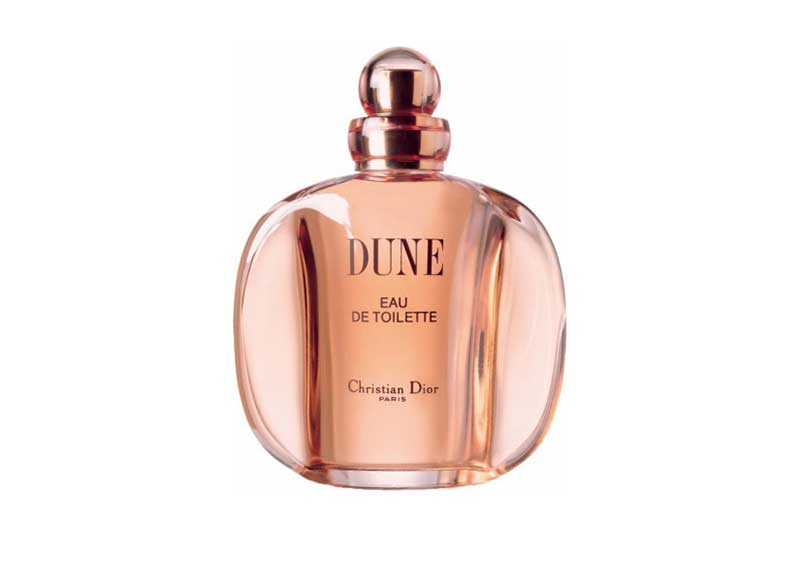 In interviews before she joined the royal family, Meghan happily declared her three go-to perfumes: ‘Fragrance is my favourite thing – so much so that if I leave the house and I don’t put any on, I’ll turn around and go back home,’ she told the Express during her Suits days.

‘I alternate between a few scents. I love Oribe Côte d’Azur Eau de Parfum and both the Wild Bluebell and Wood Sage & Sea Salt Colognes by Jo Malone.’ 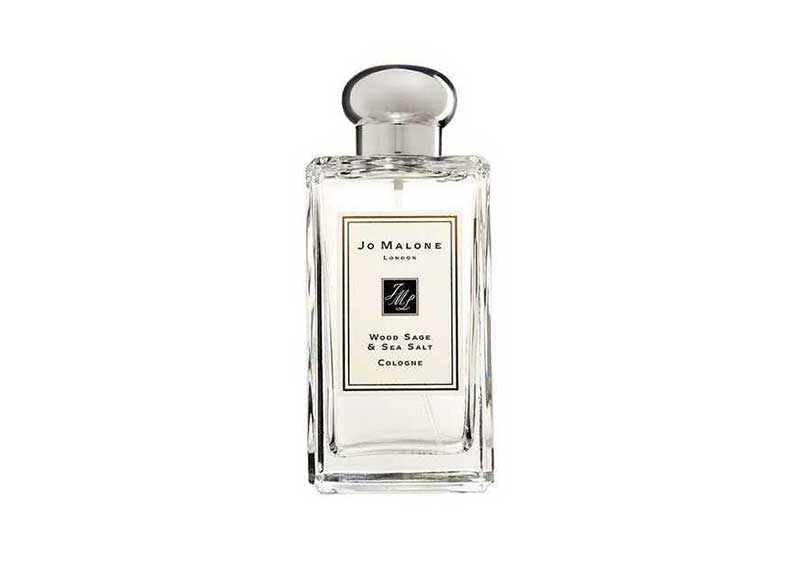 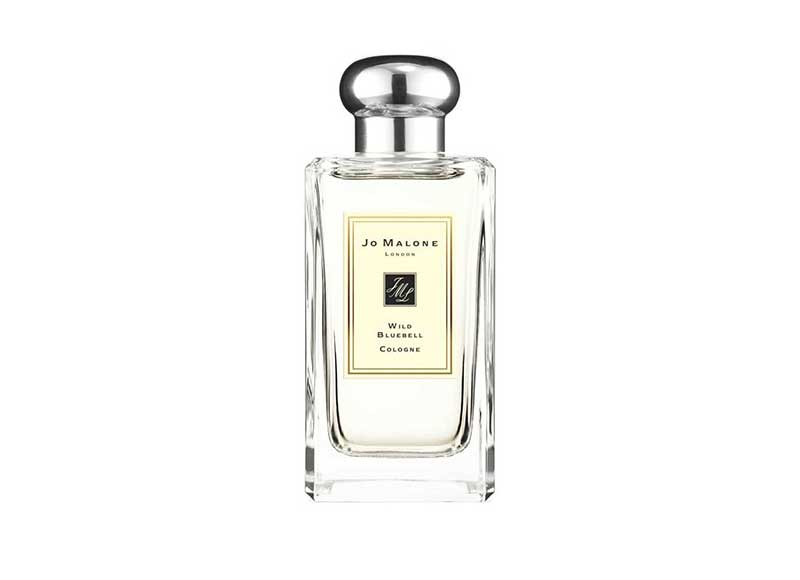 Wood Sage & Sea Salt is a fresh, earthy option that evokes instant memories of strolls by the sea, while Wild Bluebell is a vibrant, dewy spritz with lily of the valley and a twist of persimmon.

You might recognise the name Oribe as a haircare line, particularly renowned for its cult dry texturising spray. Meghan’s beloved Côte d’Azur, however, is the line’s sunny signature scent, infused with bergamot, white butterfly jasmine and sandalwood – essentially, it smells like a holiday in a bottle. 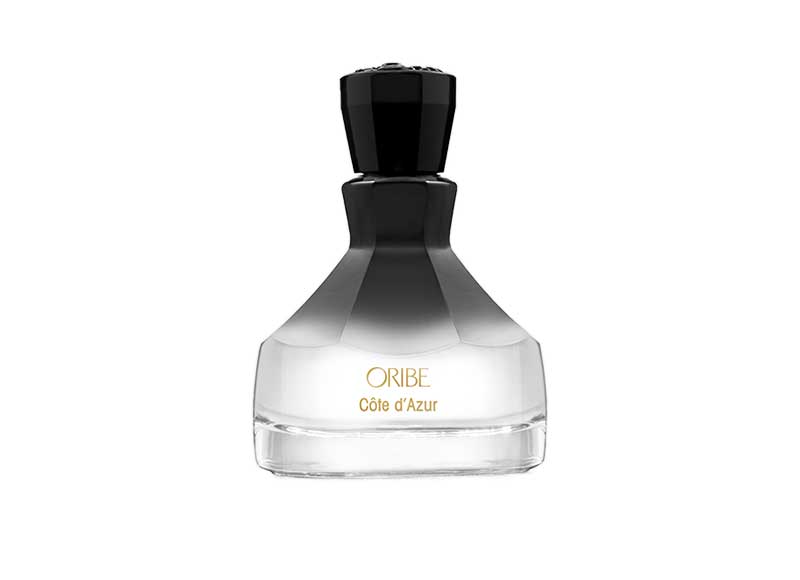 When it came to her wedding day, PEOPLE magazine reported that Floris London had been commissioned to create a special royal wedding scent for Meghan. It sadly wasn’t ever made available to buy, but was thought to be inspired by the brand’s Beramotto di Positano perfume, which carries bergamot, marine, mandarin and orange blossom at its core.

As a bride, she apparently favoured Houbigant Quelques Fleurs l’Original, a heady floral citrus mix with green notes and tarragon. According to Barbara Daly, her MUA on the day, she even spilled some of the perfume on her spectacularly 1980s wedding dress and had to carry her skirt a certain way to disguise the mark. 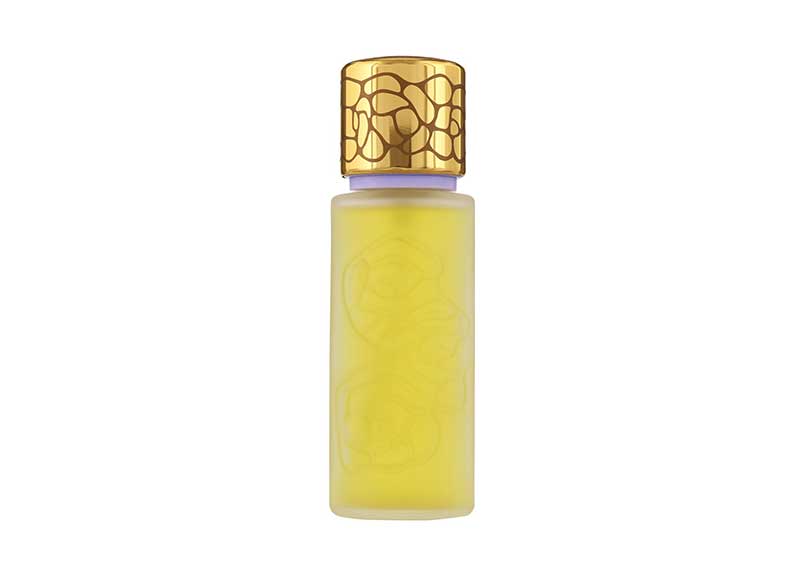 Sources close to Diana, however, listed her all-time favourite bottle as Hermes’s 24 Faubourg Eau de Toilette, a sensual choice describes as an ‘explosion of white flowers’, softened by vanilla and ambergris. 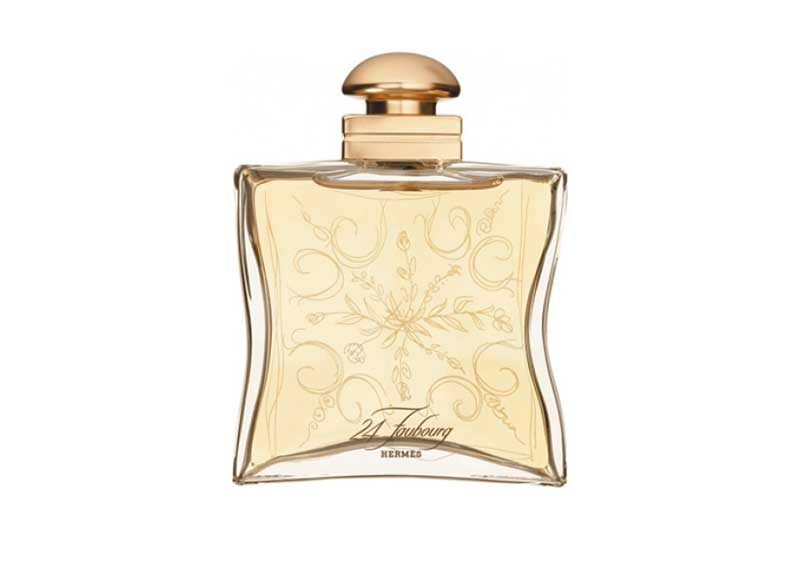 In a more quintessentially British choice, reports also link Diana to Penhaligon’s Bluebell, a sophisticated scent with a gorgeous blue glass bottle. In fact, it’s so lovely that it’s still a bestseller for the brand to this day. 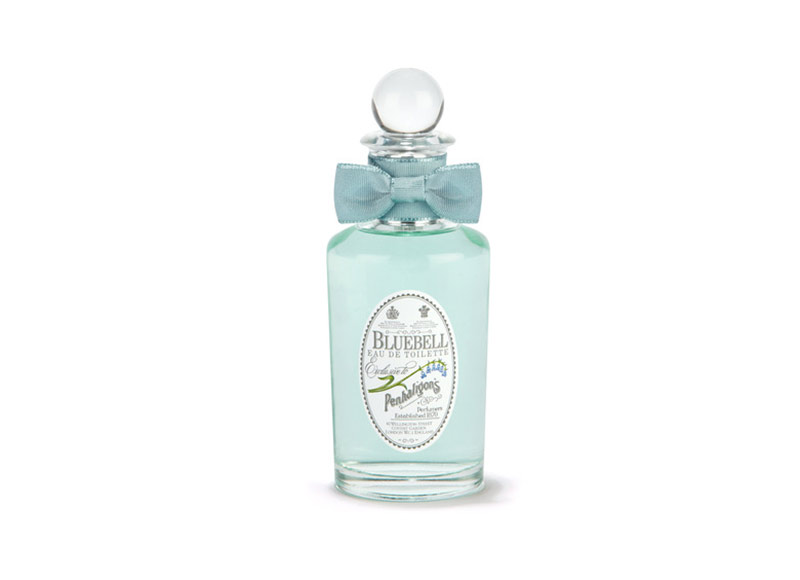 Jennifer Aniston has revealed the £11 product that gives her her...

One of these super-hydrating hand creams sells every nine seconds

The brand behind Meghan’s favourite lash serum is launching a haircare...

BEAUTY THERAPY: The return of a hair hero