The arrival of Prince Harry and Meghan Markle’s royal baby is imminent, and the nation could not be more excited. But according to experts who know the drill from the births of Prince William and Kate’s three children, there’s a certain royal baby tradition that we might not witness this time around.

Tim Rooke, a royal photographer for Shutterstock, has said that he believes Meghan and Harry will not debut their bundle of joy on the steps of the Lindo Wing at St Mary’s Hospital in London Paddington, as William, and his parents Prince Charles and Diana, have all done previously. 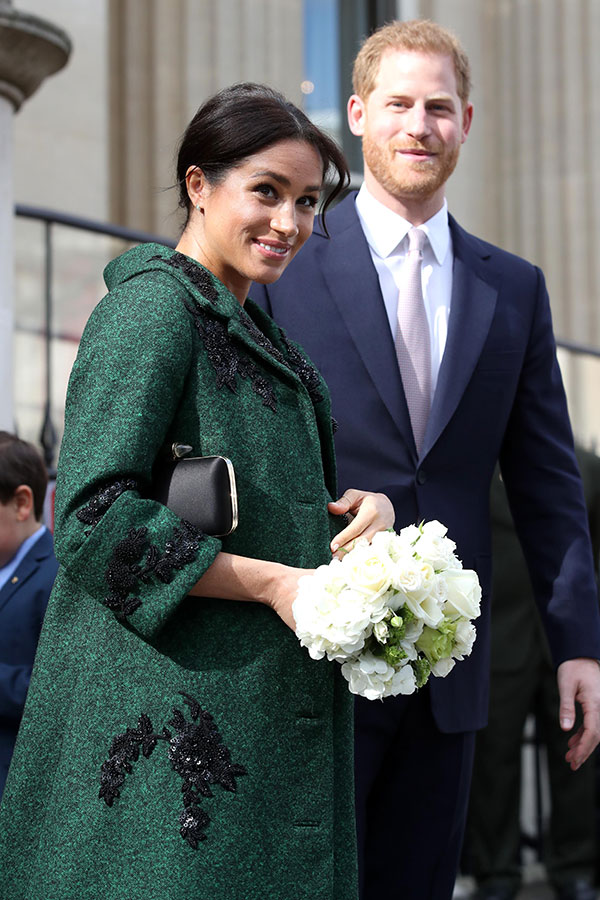 ‘I don’t think we’re going to see it at all. I think it’s going to be private,’ Tim, who captured pictures of the Cambridges emerging from the Lindo Wing with all three of their babies, told Cosmopolitan.

According to Tim, it’s likely that Meghan won’t even give birth at the hospital at all. ‘At this point with Kate’s babies, we’d been briefed by the palace, but we’ve had no briefings whatsoever,” he added.

‘At St Mary’s for all the other three births, there was parking restrictions and all sorts of other things, and there’s none of those. They’ve already moved into Frogmore Cottage so why would they come up to West London to have the baby?’

Tim’s theory lines up with reports that Meghan has opted for a female doctor to lead the birth, with minimal involvement form the Queen’s male lead physicians, and may even have her baby at home in the couple’s new Windsor cottage – following in the footsteps of the Queen herself, who gave birth to her four children at either Buckingham Palace or Clarence House.

With the launch of the Duke and Duchess of Sussex’s Instagram, @sussexroyal, some royal watchers even speculate that we may meet Meghan and Harry’s firstborn online – a thoroughly modern introduction for the seventh in line to the throne.

Either way, until the time comes, you’ll find us looking back at the arrivals of previous royal babies to meet our cuteness quota. Do you remember when these regal newborns met the world?