It’s fair to say that the US typically gets most cool stuff before we do. Whether it’s new beauty products or films, our American cousins always seem to get their hands on the most exciting launches way ahead of the UK. And this has never been more true than when it comes to Baileys Red Velvet limited edition bottle – until now, that is.

Sweet-toothed drinks lovers up and down the UK can rejoice in the news that Baileys Red Velvet is finally arriving on our shores come January. The delicious-sounding tipple first launched in the US for autumn, but sadly wasn’t made available over here at the time. 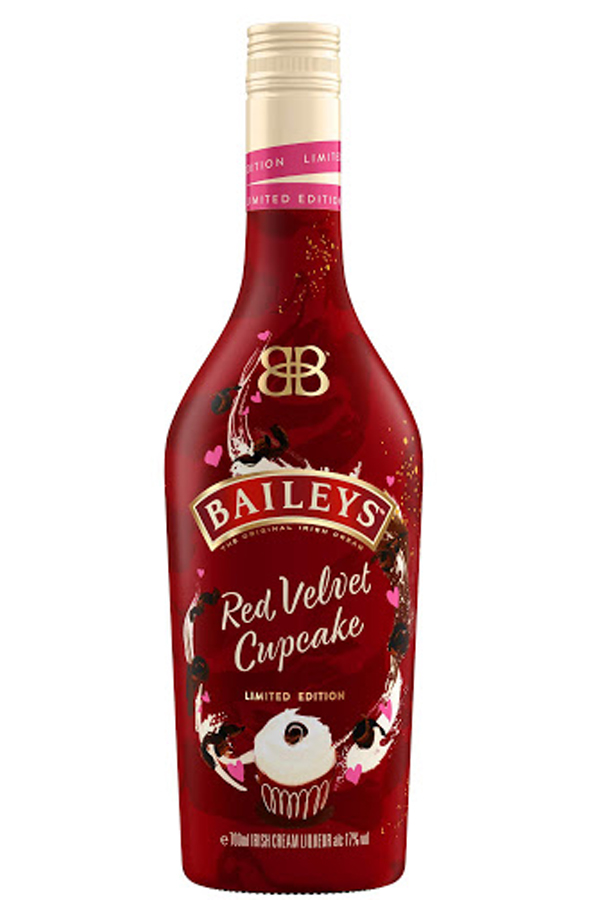 The unique elixir was made to taste just like (slightly boozy) red velvet cake. The brand has however promised it is not too sweet, but is as rich and decadent as you would expect it to be. It comes in a 750ml bottle, and has an alcohol content of 17 per cent, so go easy!

American fans are already huge fans of the liqueur, which is best served simply over ice. ‘Already a fan of the Bailey’s brand, I read an article announcing the release of their red velvet version and knew I had to get my hands on it,’ wrote one fan. ‘So far I have only tried it on the rocks, but I HIGHLY recommend this! It’s sweet but not too sweet, plus the red velvet flavor is captured almost flawlessly. Looking forward to trying this out other ways!’

The only problem is that the limited edition flavour is not yet out and it doesn’t sound as though it will be in time for Christmas and New Year. However, Baileys have promised it will be out in time for January 2020, so once dry Jan is out the way, you can indulge to your heart’s desire!