In a new series, we speak to women who’ve made dramatic life changes in midlife, whether that’s a career change, a complete lifestyle overhaul, a newfound passion or taken on a challenge.

Rebecca Ferry, a mum-of-five and Pilates teacher, shares her story of discovering a love of mountain climbing at the age of 40. As the first British woman to summit K2, Rebecca is now on her way to becoming the first woman in the world (and the second person ever) to complete the Himalayan ‘Triple Crown’. Here she shares her story… 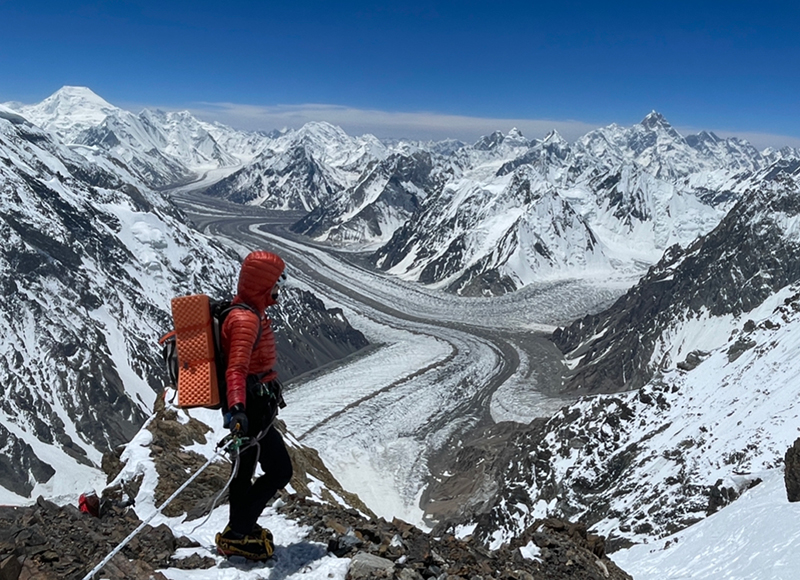 ‘I’ve always been on a hillside. I was very into running growing up, and then later in life I started to compete on more mountainous terrain. I’ve done Ultra Trail races where you run all day and all night (there was one where I was running for 40 hours), so I’ve always been an endurance athlete.

‘I didn’t even mean to get into mountain climbing. One day, I was doing a multi-stage race in the Himalayas and we were camping in a village called Tengboche, where you can see the whole Himalayan Triple Crown – Mount Everest, Lhotse and Nuptse – as well another mountain called Ama Dablam (which I was told is a ‘pure climber’s mountain’ that people train for decades to go up). I looked up and thought it would be amazing to one day go up these mountains. By 2019, I had scaled Ama Dablam and in 2020 I summited Everest. 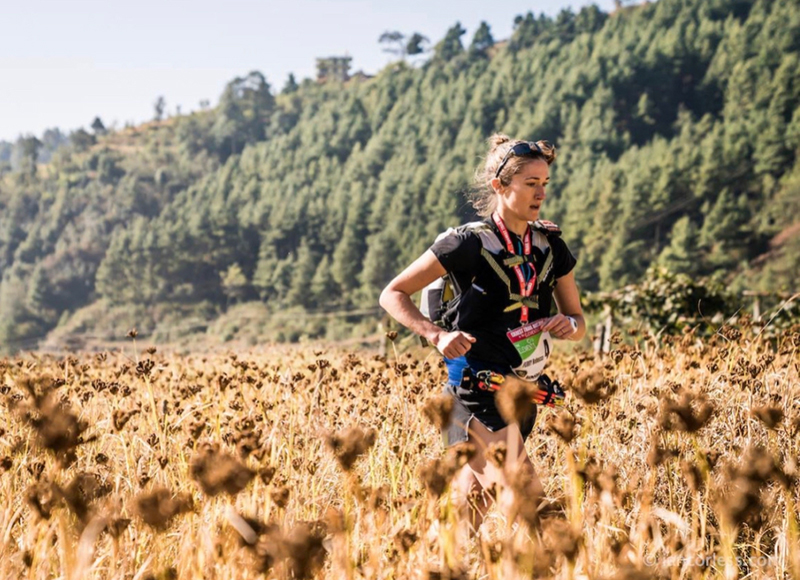 ‘Last year, I separated from my husband and I was looking for something, a challenge – that’s when I became the first British woman to successfully climb K2. Despite having inadvertently set a number of records, that’s not why I go on the mountain. I feel a sense of pride but, as a mother, and especially a mother of girls, it makes me feel most proud to know that I am inspiring them and their friends and giving something back to the next generation; you can work hard and get a good job, but you can still adventure and it’s possible for a woman to do these things.

‘My next challenge is the Himalayan Triple Crown, which is to summit Everest, Lhotse and Nuptse consecutively [Rebecca is currently in the Himalayas completing this expedition]. Everest has been scaled by about 7,000 people in its history, but Nuptse has only ever been summited about 20 times – and only one other person in history has ever completed the Triple Crown. 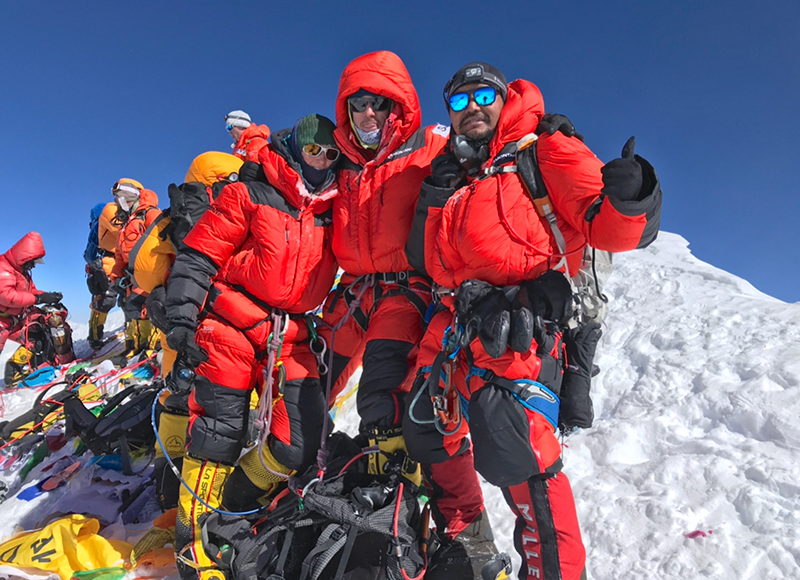 ‘My five kids are used to me doing slightly mad things and saying things like, ‘I’m going skydiving today kids!’ But I like that they’ve seen me do all these things and worked hard in different areas and seen that what you put into something you get out – it’s a good life lesson for them.

‘When they were younger, fitting training in with life was a case of getting up at stupid o’clock to train before they woke up, and training twice a day usually. As a Pilates teacher my hours are ad hoc so I can fit training around that, too. My kids are all quite sporty so it’s nice that now they’re older I’m able to train with them. We go running on the track on a Tuesday; it’s nice to be able to incorporate them a little bit more into my fitness. 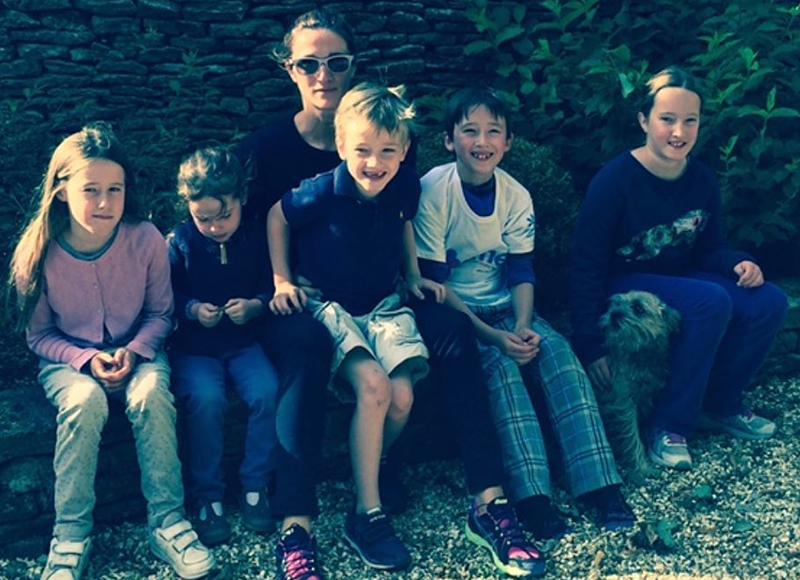 ‘When it comes to training, the physical side of things is what I’m used to, but you do also need technical training for mountain climbing, so a professional mountain guide in North Wales gave me all my high altitude mountaineering technique and rock climbing guidance. But the functional training can be boring. I did a lot of training in Wales and some days I would just run up and down Pen y Fan ten times over, just up and down again, over and over.

‘Having the mental fortitude is even harder. I’ve done some bonkers races in my life so I have built up mental resilience and the tenacity to not give up from doing those, but I think having children is what taught me to persevere unrelenting pressure. 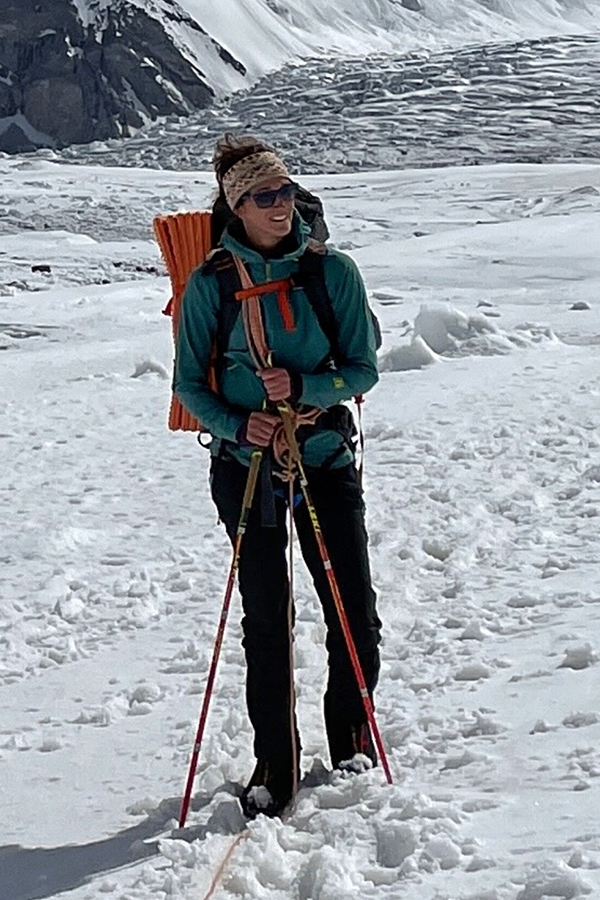 ‘Mostly I think to myself that it’s my choice to be on these mountains and it’s a privilege to be there; I’m grateful to be able to do what so many people would love to do. Yes there are going to be hard times, but no one’s forcing me to be there so just enjoy it, because every minute is a minute less.

‘My kids are always present in my mind when climbing – mainly because they can still get hold of me on my satellite phone! I’ll be at a camp at 8,000m at 1am and I’ll get a message from one of them asking what’s for dinner or can I help them correct an essay? One time, just as we were about to start the main push to go up Everest, I switch on my phone and there’s a message from my youngest daughter asking where her wellies are – of course, as a mother, I knew exactly where they were. 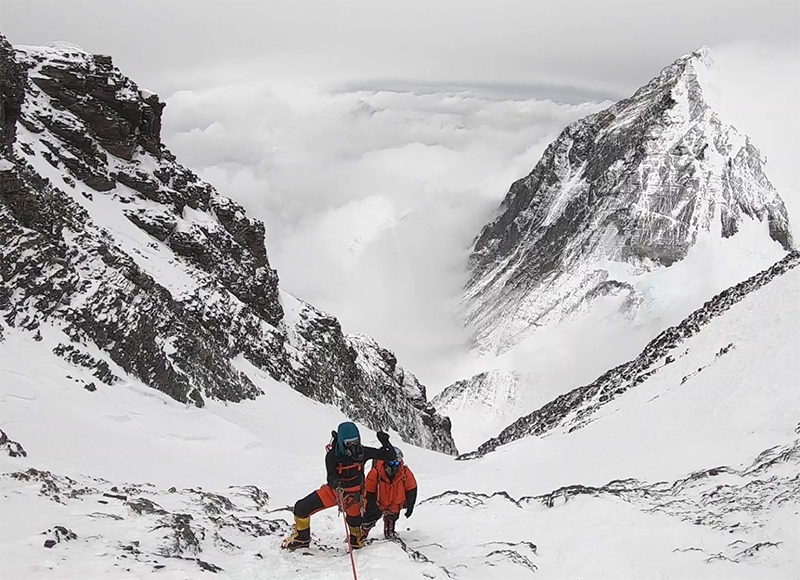 ‘When you reach the top of a mountain, everyone experiences different things. Some people have that feeling of euphoria but I never feel like I’ve completed the challenge until I get back down to the bottom because the summit is only halfway. When I’m at the summit, I think, ‘this is amazing, I’m on top of the world,’ but it’s quite surreal and for me it never hits home until I’m back at base camp having had a cup of tea and something to eat. When I climbed K2 last year, which has had less than 400 people summit it ever and has a very high mortality rate, it didn’t sink in that I’d done it until I was on the plane home a week later flying over the mountains and I thought, ‘Oh my god, I was up there, I climbed K2.’ 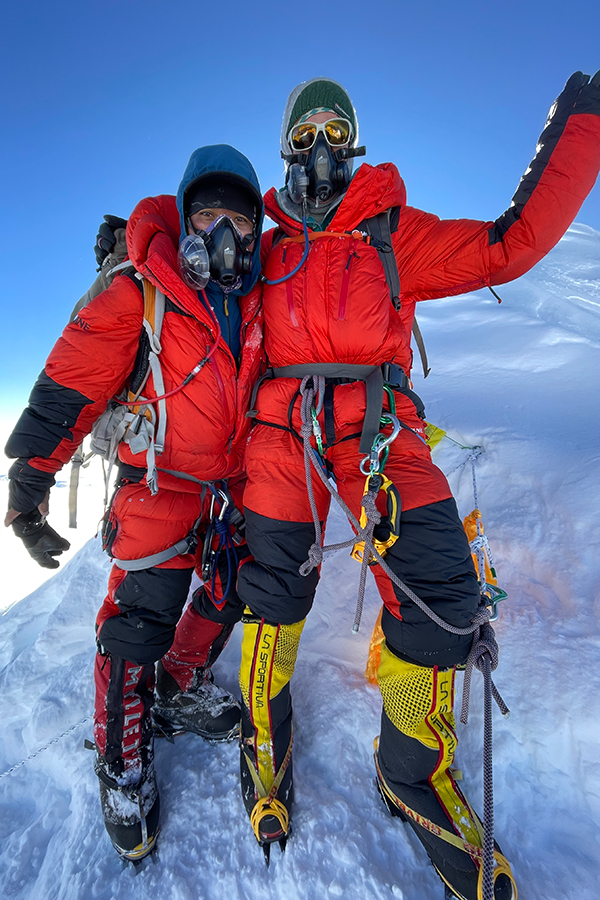 ‘There’s also a lot of waiting around in mountain climbing, waiting for the right weather conditions, so you have to keep morale up by any means possible – including a highly competitive game we once invented that involved picking up pomegranate seeds with a cocktail stick. There’s a great sense of camaraderie that can lead to lots of laughs and silly moments, and you get to know people very well.’

Rebecca Ferry’s tips for getting into climbing