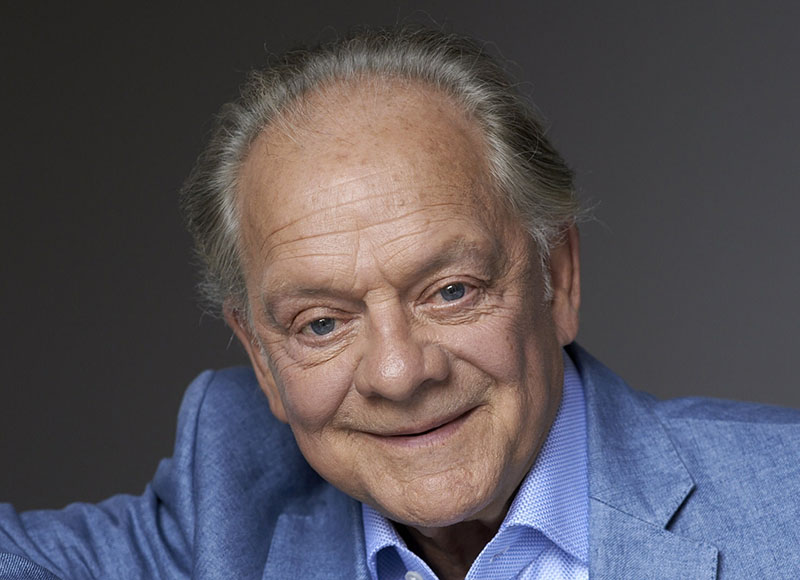 Where is home? A glorified 18th-century farmhouse near Wendover in Buckinghamshire. I’ve lived there for 23 years, and just down the road before that.

Career plan B? After leaving school I worked as an electrician before becoming an actor.

Who would play you in a movie of your life? Tom Hanks. I have such admiration for him as an actor.

As a child you wanted to be… A pilot.

Earliest memory? Looking into the skies above Finchley in North London during the war and seeing a doodlebug [a German V-1 flying bomb] when I was four.

Secret to a happy relationship? Give and take. My wife Gill says a happy wife means a happy life!

And your worst? I can be intolerant.

Most romantic thing you’ve ever done? Secretly planning a weekend trip to New York during a break from filming an Only Fools and Horses Christmas special. I told Gill she was going to Weston-super-Mare.

Last meal on earth? Something homely, such as shepherd’s pie.

Advice to teenage self? It’s the journey, not the arrival.

Cat or dog? Dog any day. I have a yellow labrador, Tuffy, and a little rescue dog, Bella, who is the boss.

What do you see when you look in the mirror? A 20-year-old staring out of a senior citizen.

On a day off we’d find you… Working on a project in the garden or flying my helicopter. I decide based on how I’m feeling on the day as flying takes a lot of concentration and is mentally demanding.

Starstruck moment? Being knighted by Her Majesty the Queen on 1 December 2005. I managed to make her smile, but I can’t remember exactly what I said.

Big break? Being cast by the producer Humphrey Barclay in the ITV comedy series Do Not Adjust Your Set in 1967.

Career highlight? Seeing my name in lights in the West End for No Sex Please, We’re British in 1973.

Hangover cure? Run round the block – I wish!

What did you have for breakfast? I usually have a poached or boiled egg from one of our chickens with my homemade bread.

One thing that would make your life better? The slowing down of time.

Philosophy? Just do it!

Biggest lesson you have learnt about money? Don’t squander it.

Last film that made you cry? Always ET the Extra-Terrestrial.

Where would you time-travel to? Back to the 1980s. Working on Only Fools… in those years was just great.

Most extravagant purchase? My first Jaguar car in 1980.

Best present you ever received? A top-of-the-range Swiss Army knife, one of my first gifts from Gill.

Biggest fear? That we don’t take care of the planet for the future.

Happiness is… Being at home.