It’s no secret that temperatures in the UK are soaring right now. Yesterday marked the hottest July day that the country has ever experienced, with transport services thrown into chaos and the internet awash with increasingly creative tips for beating the heat.

Among those hit hardest by the conditions are those who still have to go about their day-to-day duties at work, despite the sweltering humidity – and Queen Elizabeth II is no exception.

Earlier this week, she met with the newly elected leader of the Conservative party, Boris Johnson, to officially invite him to become Prime Minister, and eagle-eyed royal watchers spotted during the visit that she had a special gadget on hand at Buckingham Palace to keep the room fresh and breezy.

In the pictures of Her Majesty and Boris that were subsequently released, a Dyson Pure Hot+Cool Purifying Fan Heater is visible in the corner, offering a little extra help to regulate the side effects of the extreme weather.

MORE: This is why you should actually keep your windows shut during a heatwave

It appears that the Queen’s version of the fan is a previous model, which is no longer available on the Dyson website, but you can still get the newest version of the same technology. Be warned, though, that it does not come cheap: it’s currently retailing for £549, although there is the option to take out a monthly repayment plan if you’d prefer to spread the cost.

The fan is designed to purify and either heat or cool a whole room simultaneously, making it an investment that you can benefit from all year round. And while it might be pricey compared to other inexpensive brands, reviewers who already own one say that it’s worth every single penny. 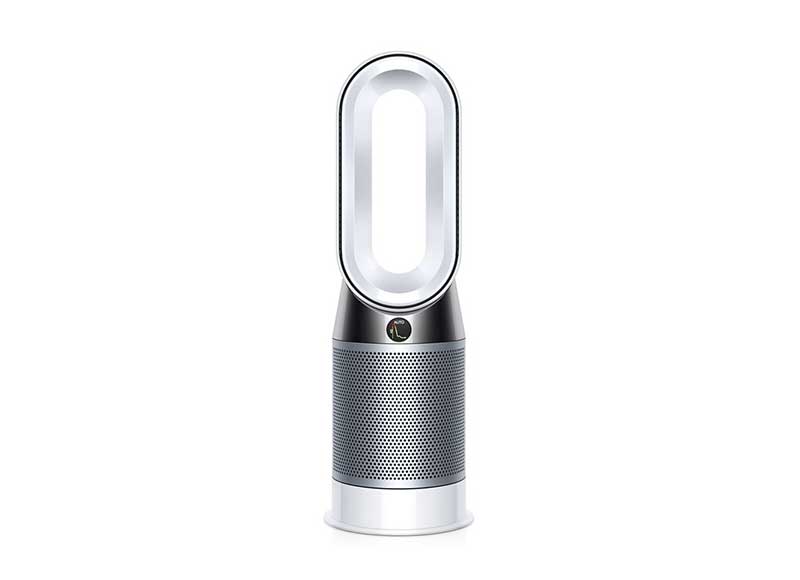 ‘This is a great fan, which is easy to operate, especially as I can use voice controls via my Amazon Echo. The purified air means I don’t wake up coughing several times a night and so I am sleeping much better as a result,’ said one satisfied customer on the Dyson website.

‘We bought this for its air purifying properties but quickly discovered that it does so much more. Love the fact that you can control it from anywhere,’ agreed another, while a third added: ‘After using it for the last month during some of the hottest days of the year, it was a dream, cooled a large lounge and kept it cool throughout the day.’