Spacehoppers v Snapchat: We know which we’d prefer! Building dens, swinging on ropes, scraping knees… Long before ‘health and safety’ was invented, the nation’s children roamed wild and free (just as long as they were back for tea). Here, four writers remember the joys – and often hilarious mishaps – of playing out.

I was four when my army major father was posted to Berlin, and for the next four years we lived in military quarters backing on to a bombsite. This was back in the mid-60s and my elder sister and I played happily in the rubble. I remember we found a box of Christmas tree decorations in a crater, which must have once been a house. Each glass bauble was perfectly intact. We left them where they were. I thought if we stole them we’d have bad luck for ever.

We built a den very near our back garden wall, but some ‘big boys’ came along and smashed it up. I still remember the shock, and vandalism bewilders me to this day.

We moved back to the UK when I was eight, and lived in Lytham St Annes by the sea. I was given a lot of freedom to cycle anywhere I fancied with my mates, but when I was ten, three of us went off to play in the sand dunes and got flashed at by a cliché of a ‘dirty old man in a mac’. 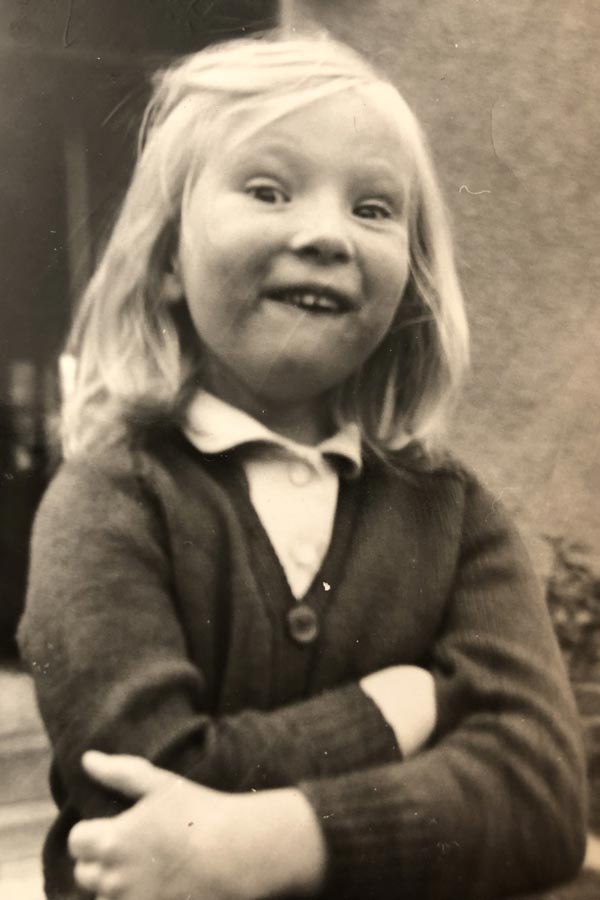 When we cycled back to my house in hysterics and told my mum, she was absolutely furious. I think she wanted to go up there and find the bloke herself. Later on, I overheard her saying to my dad, ‘If Jenny fails her 11 plus, I shall know why.’ She was convinced that I must have been utterly traumatised by the event.

Fortunately, I wasn’t and I passed my exam. But for a while I wasn’t allowed to play in the sand dunes and was consigned to ball games in the garden. I was rubbish at them and remember biting a rubber ball in fury and swallowing a big chunk of it.

My childhood home in Ashford, Kent, is next to a cricket pitch. Specifically, it backs on to the corner of the cricket pitch that once contained a huge grass roller. A massive metal thing, eight feet in diameter, that was strapped to the back of a tractor and dragged around before a match. 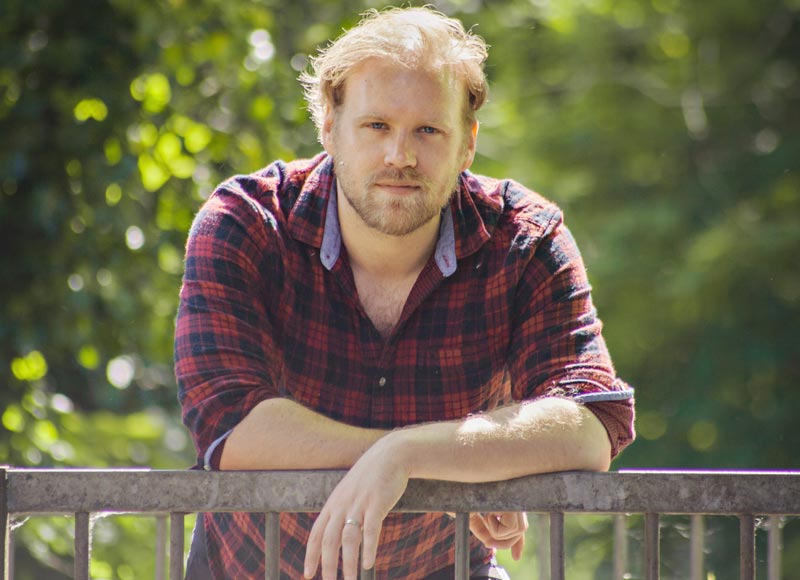 Now, I was born in 1980, back when traditional playgrounds consisted of sharp edges and concrete. So in comparison this roller was a wonderland. It was our Chessington World of Adventures.

When I was three, I took a pair of visiting cousins to explore the roller. We passed a couple of hours entertaining ourselves with the classics (crawling through the roller, hitting the roller with sticks) until I grew bored. ‘Watch this,’ I told my cousins as I clambered to the top of the summit. ‘I’m going to jump off.’ 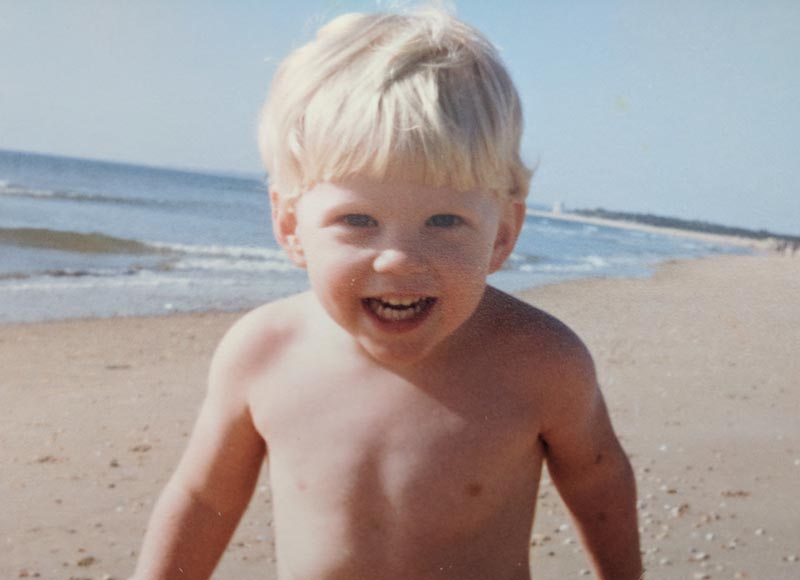 That was my intention. In reality what happened was that I shuffled forward, slipped, fell and somehow became wedged between the drum and the crossbar. I was stuck. Really stuck. My cousins tried to pull me free, but they were unable to. The adults were called and they couldn’t free me either. Forces were applied from various angles. Lubricants were experimented with. In the end, as the sun was going down, the adults bit the bullet and called the fire brigade, who were eventually forced to cut me out of the roller with a circular saw.

My parents never moved out of the house, and the roller just sat there with a huge chunk cut out of it. One day, two and a half decades later, my mum was walking the dogs across the cricket pitch when an old man approached her. ‘Look at that mess,’ he said, pointing at the roller. ‘Some idiot boy got stuck in there once. What a moron.’ My mum didn’t have the heart to tell him.

For me, as a child growing up in 1960s and 70s Surrey, it was all about splinters. I remember building a maze from slats of wood left over from a building job in our garden, and boys from school celebrating my ninth birthday by happily tackling the maze for half an hour before losing interest. The souvenir was a wooden needle in my palm.

Bow and arrows, too. In those days the only safety instruction was: ‘You’ll have someone’s eye out with that.’ I patrolled the garden with my lethal arrow always ready, the sucker on the end the clue I was not really going to hurt anyone (though I did once break a window). 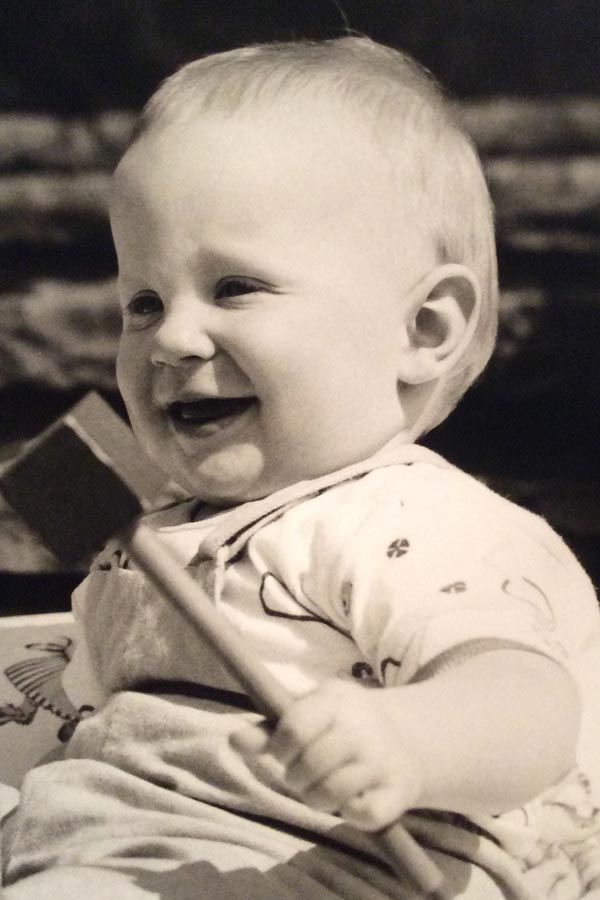 My dad, whom we lost last year, was an adorable man and a wonderful father. He spent his holidays building a treehouse for his three kids – proper analogue stuff. The fun we had in it never seemed to end. It started as a small platform and ended as a sprawling, rickety assemblage of hardboard and timber. Incredibly, neighbours never complained about this eyesore. We even spent nights inside it, bedding down in sleeping bags, sharing a tin full of sweets. The people who purchased the house tore it down as soon as they arrived, which to me was like burning a priceless painting.

In my childhood, board games all seemed to begin with the letter ‘M’: Mousetrap, Mastermind, Monopoly. But most fun was to be had outdoors. The stage was our small garden and we were the actors. One day we dug a deep hole in soil near the fence. The next day, having nothing to do with the hole, we filled it in. Strange to tell, from boredom we created fun. Today’s kids get overstimulated from dawn to midnight and have no fun at all.

Scotland 1975 and my best pal Ali and I, both ten, were never indoors. Mirth and mischief were our only goals – silly games a constant invention. We called one Knicker Up – throwing gym knickers up a tree in my parents’ garden. Our means of retrieval was a six-foot wooden clothes pole launched into its branches, the two of us cackling like amateur caber-tossers as it plummeted towards us.

We were mostly, though, miles from home, alone, in places known only as ‘out’. We’d play cards on the lip of Perth’s railway bridge, legs dangling towards the track, thrilled when trains thundered by. Once, a man with what we deemed ‘a funny jaw’ approached: would we join him in the park ‘to pick daffodils’?

Unperturbed, we merely ignored him. 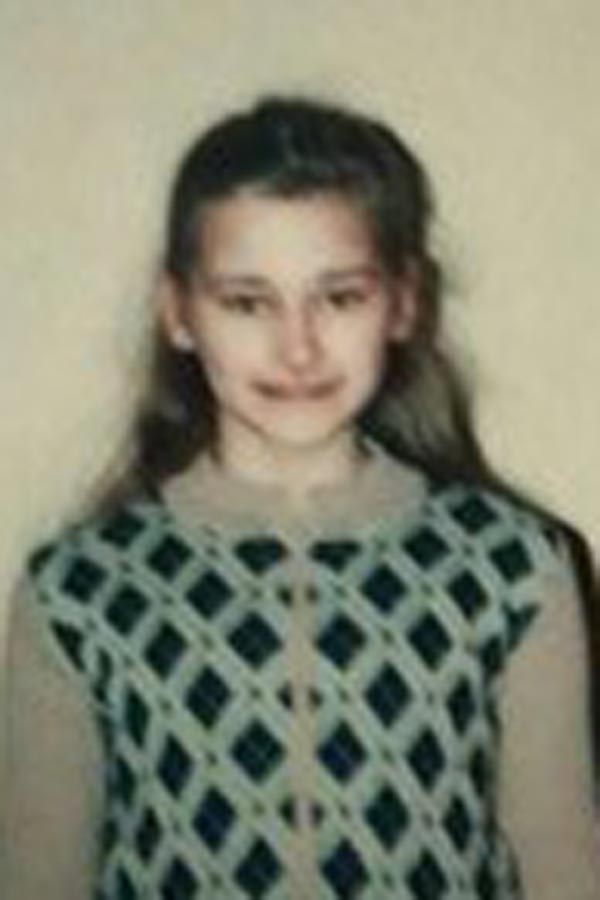 We’d swing from threadbare ropes tied to trees, Ali once losing her grip, thumping on to her back inches from a spiky stump. During power cuts, we’d wander ink-black streets accompanied only by the milky light of our torches. We’d fall out of rowing boats on murky ponds, emerging with all-over angry insect bites, which meant days slathered in calamine lotion.

In those free-wheelin’ 70s we shared my dad’s ramshackle bicycle, Ali’s ankles draped over the handlebars as I pushed her along, running, once letting go and both of us laughing hysterically when she inevitably toppled over. When it snowed we’d lie star-shaped on main roads, ‘weird, no traffic!’, only bolting for safety when cars slid into view.

My dad’s garage-sized shed, meanwhile, was a junkyard packed with blade-heavy tools and hanging hoses, where we’d black out windows with blankets and play blind hide-and-seek. To make it extra funny, we called this game Man in the Dark. In our innocence, our adventures never felt dangerous – only hours of fun guaranteed.

Some of the wonderfully nostalgic photographs above were taken from the book Paradise Street with a foreword by Luci Gosling, which will be purchased on Thursday by Hoxton Mini Press in collaboration with Mary Evans Picture Library, price £16.95.