The Lindt Gold Bunny is one of the most iconic symbols of Easter on the shelves. Launched in 1952, the adorable chocolate treat was apparently inspired by a rabbit spotted in the garden by one of the brand’s Maîtres Chocolatiers’ sons, who was very disappointed when his new friend disappeared into the bushes.

According to the story, his father suddenly had the genius idea to recreate the animal in chocolate – and tied a red ribbon with a golden bell around its neck, so it would not get lost again. Since then, the luxurious little chap has become one of the bestselling Easter treats of all time, with more than 135 million sold around the world.

Why are we telling you all of this, you might wonder? Well, if you’re as much of a fan of the Lindt Gold Bunny as we are, then we’ve got some very exciting news to share: this year, Sainsbury’s will personalise your Lindt bunny in your local store. And what’s more, it will do it for free.

The personalisation service will be touring the country, popping up at fifty-seven Sainsbury’s stores nationwide between 10.30am-3.30pm on selected dates between 5th to 20th April. 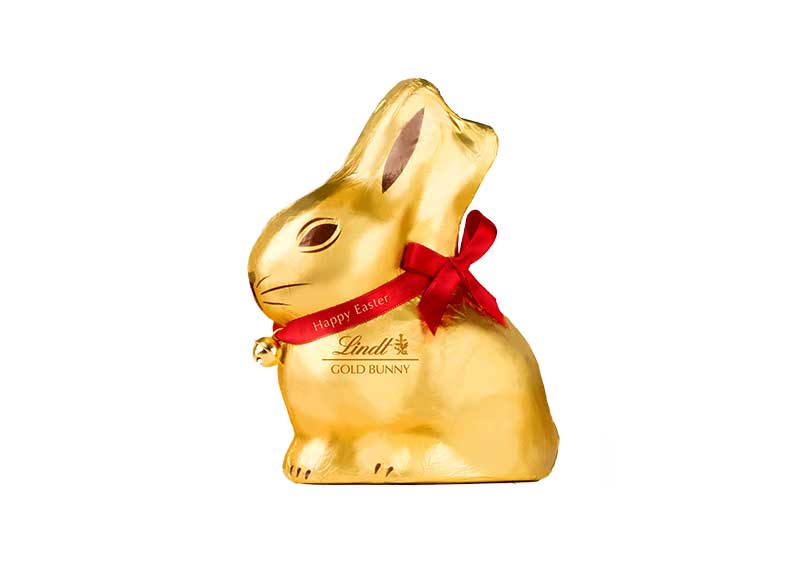 Then it’s just a case of giving it to your chosen recipient. Whether you leave it as a surprise from the Easter bunny, use it to dress up your Easter Sunday table, or simply save it to scoff yourself is entirely up to you…

Where to get your personalised Lindt bunny