Flawless white stone curves flowing into crisp blue skies as far as the eye can see, Mykonos certainly has its own iconic branding, the striking embodiment of the Greek flag in full three dimensional glory. Throughout the islands 33 square miles you are hard pressed to find even a back street that isn’t impossibly well groomed.

Over the past few years Mykonos has carefully nurtured its reputation as a mecca for luxury party goers, whilst avoiding all the scandal of its other Mediterranean counterparts. With all this in mind, it’s not hard to see why it has become the new destination of choice for celebrities and taste makers in search for sophisticated grown up luxury a mere 4 hour flight from home. 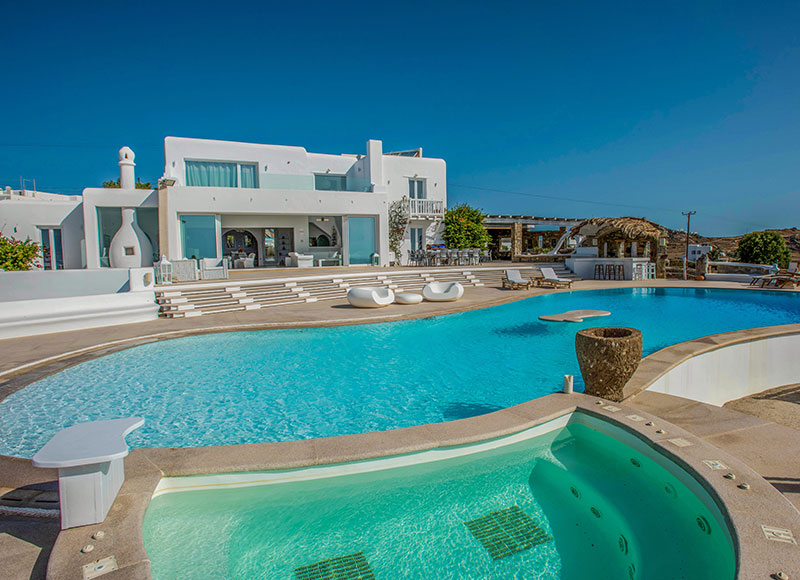 Intimate hotels have popped up all over the island to cater to this new type of tourist. So on an island that prides itself on being awash with luxury, the bar is set particularly high and when it comes to accommodation to seriously impress you need to call in the experts – which is where Passepartout Homes come to the rescue. As a boutique rental agency they have insider knowledge of the island and exclusive access to the very best properties Mykonos has to offer.

When travelling as a family or group, villas are always my go-to over hotels, as they afford you all the privacy and space you could ever need. Of course no one wants to be stuck with the washing up, but fear not: Passepartout tailor the whole experience to align with your wants and needs, including providing butler and catering services and even babysitters to make sure the whole party makes the most of their time away. 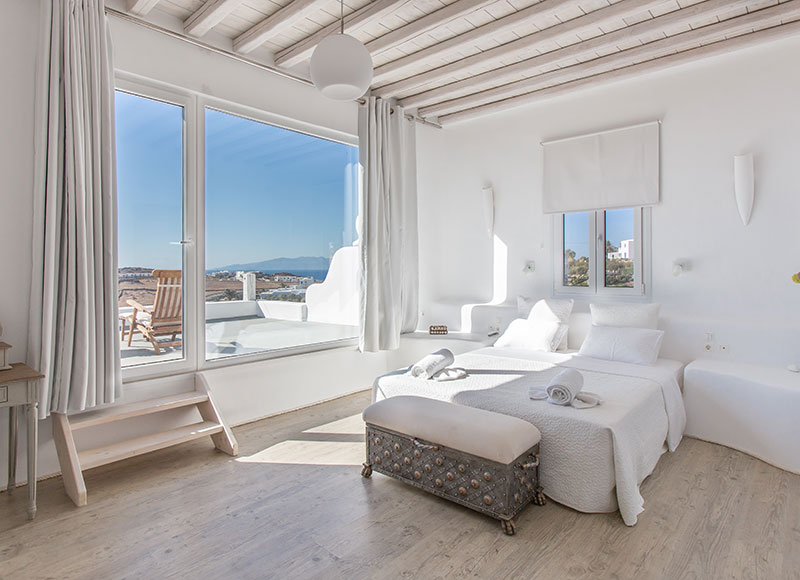 As a large group with our sights set firmly on Mykonos, the Passepartout team recommended Private Mykonos, a newly built mountainside hide out, majestically perched overlooking no less than three beautiful beaches. It’s set on the trendy east coast and boasting a staggering 13 bedrooms, each blessed with sea views and their own bathrooms, which will go a long way to alleviate any room allocation arguments. However, as a heads up, the master does have a rather extravagant Jacuzzi on its exceptionally large private veranda, but (as the organiser myself) I would call that a fair and just organisers tax.

The epic proportions of the bedrooms and living areas extends to the villa’s 1,200 sqm of outdoor space, which includes a vast swimming pool (infinity of course) and mature gardens. To give you an idea of scale, 700 guests can be comfortably hosted for weddings or other special occasions. Furthermore, if you were in any doubt that Private Mykonos is fully A-list accommodating, there is even a helipad available if the 15 minute journey to the airport is more than you can bear. I particularly loved the abundant covered outdoor spaces, perfect for alfresco dining, be it long languid lunches or dinner parties that go on long into the night as long as the wine keeps flowing. Mykonos is known for being a tad on the windy side (the iconic windmills adorn postcards everywhere you go and are worth a visit for your own album) so the covered areas offer a touch of respite on the more breezy days. 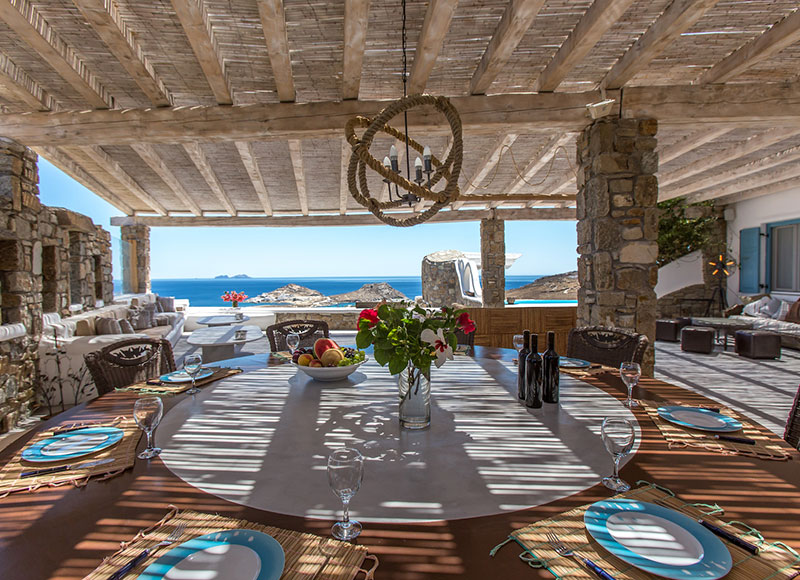 From organising seamless transfers and tours through the islands winding and sometimes perilously narrow streets, the Passepartout concierge service can also arrange private chefs to create tailor-made feasts to suit even the most discerning of taste buds. The in-house chef prepared quite possibly the most sumptuous traditional Greek BBQ I have seen, with never ending plates of fresh seafood and seasonal salads each more delicious than the next. So blissful was the afternoon we stayed seated round the table long after the sun had ceased to dapple through raffia roofing, our laughter ringing out into the night over the rocky mountain side – thankfully, with no neighbours to upset or last orders to worry about. All villa life luxuries a girl could most definitely get used to. 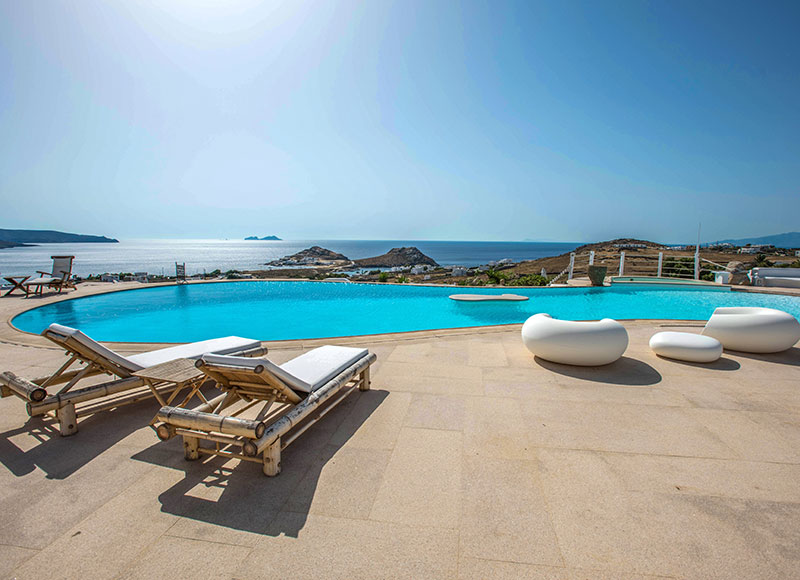 I would love to tell you I am the type of person who eagerly rose each morning to work off the previous evening’s feasting in the villas fully equipped Technogym but I was raised not to lie. A wonderful option none the less for those less sedentary than me. Instead, I took up residence around the lagoon shaped pool and gazed wistfully out to sea whilst relishing the signature Mykonian breeze, spending my time seriously contemplating starting a campaign for Mykonos sky blue to be named as Pantone colour of the year, as the sky seems to have a rich tone all of its own that you simply won’t find anywhere else.

Villas traditionally give you the chance to live like a local, however I can’t say that this is the case when it comes to Passepartout homes. It’s more the opportunity to live like a celebrity or particularly stylish Bond villain. Either way, you will be smiling smugly into your glass surrounded by friends and family as you watch the sun finally set from the best seat on the island.

Villa Alegria is available through Passepartout Homes (www.passepartout-homes.com) starting from £27,300 per week, includes 13 bedrooms (sleeps up to 30 guests).