The festive season is great for a number of things: endless food and booze, christmas parties, presents, and did we mention food? Best of all, however, is the quality time we get to spend with our nearest and dearest during the holidays. And what better way to bond than with a good old-fashioned party game?

From classics like Monopoly (which has had a millennial update, don’t you know) to viral games that have been sweeping the internet (hello, adults-only prosecco pong), a new generation of games has been taking over the shelves in recent years, with something to suit every occasion.

To get you started, we’ve rounded up some of the most genius, innovative and downright hilarious party games for adults that will keep everyone entertained throughout Christmas, New Year and beyond. And with prices starting from £13.49 and enough notice to order online now, there’s no excuse not to have one of these on hand when the guests start dropping in… 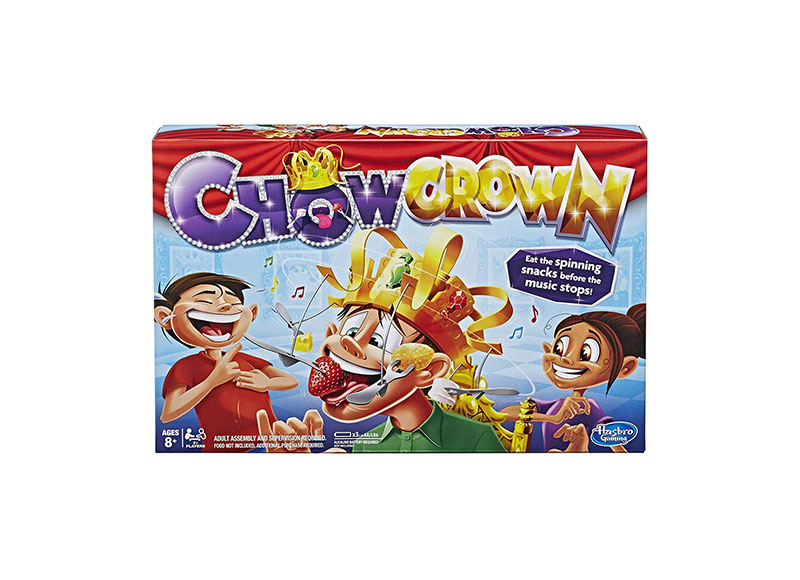 Remember when everyone went crazy for Pie Face? Meet this year’s viral sensation: Chow Crown. Load up the crown with a food of your choice (fruit, marshmallows, your Christmas dinner leftovers) and see how much you can chomp through before the music stops playing. The box may say that it’s for kids, but don’t let that deter you… 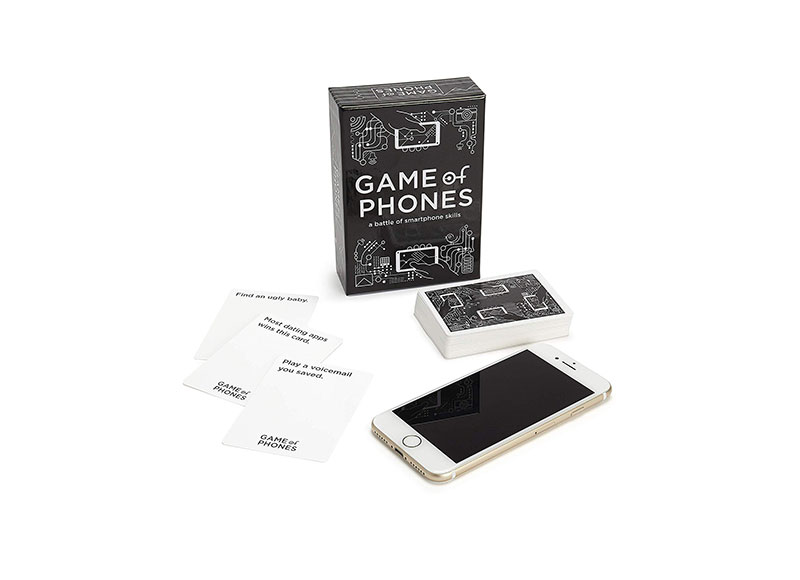 Set up this game near a plug socket, because you’ll all need your phones fully charged to compete. Game of Phones presents players with a range of challenges – from ‘find the best photobomb’ to ‘create an emoji masterpiece’ – and gives them 60 seconds to come up with the best answer using their smartphone. 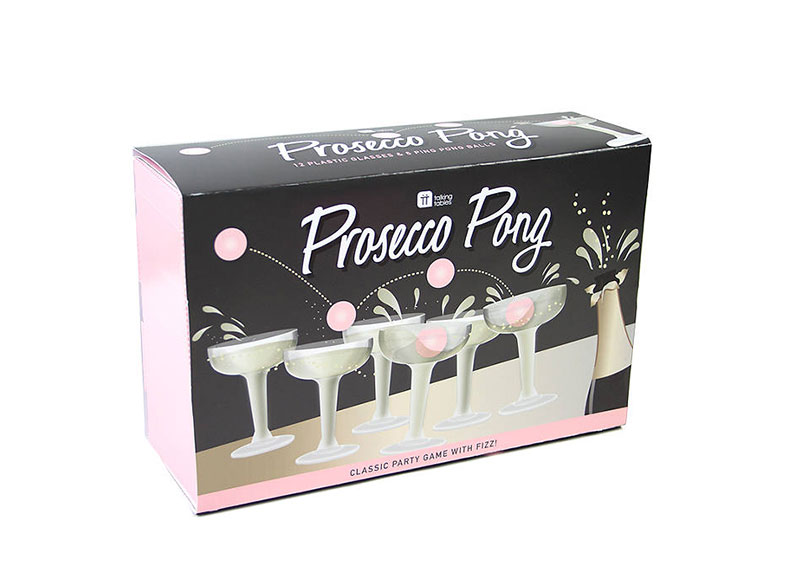 If there’s a better way to get a party well and truly started, we haven’t found it yet. Two groups try to get the ping pong ball into the opposing team’s glass – and if it lands? They have to drink it! As a result, realistically, there are no winners, but you’ll have a lot of fun along the way. 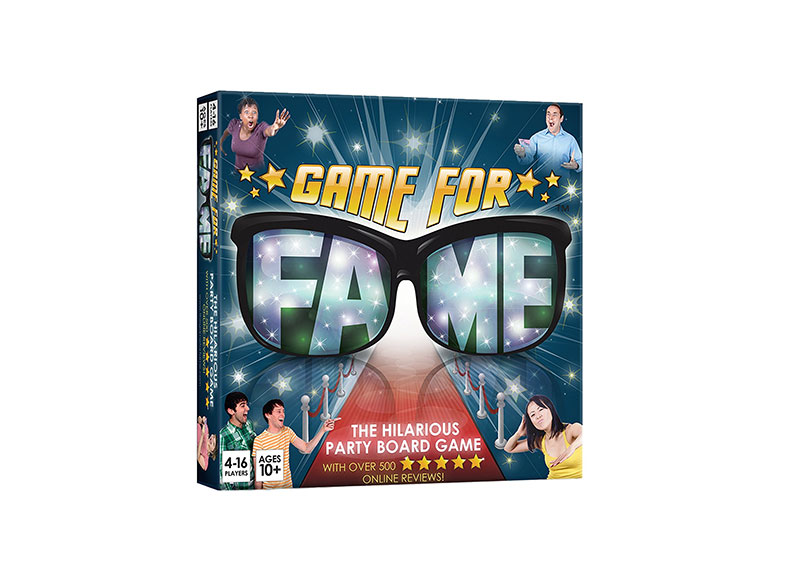 Battle it out for the inciting prize of fame and fortune in this hilarious game that has Amazon reviewers ‘crying with laughter.’ Packed with a series of fun challenges, the different teams in the game will use money maker cards to work their way around the board and transform from rags to riches. 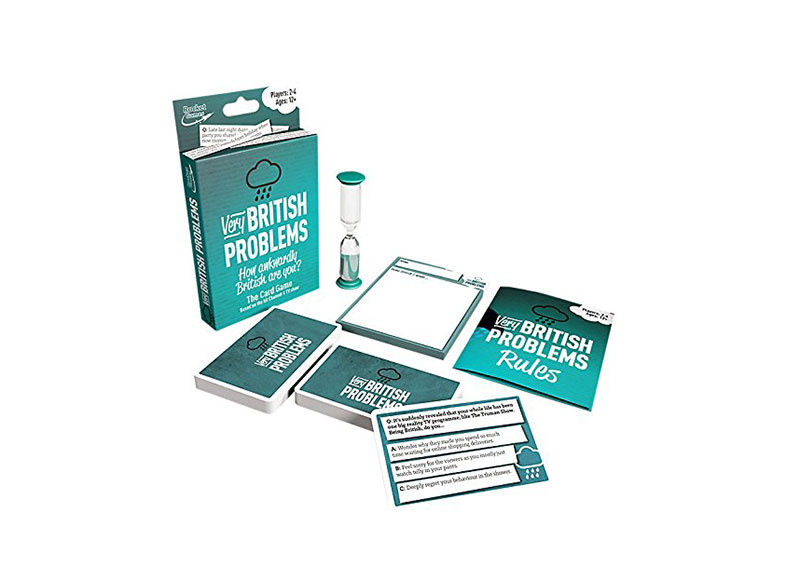 Prepare to find out just how truly, awkwardly British you are by playing a round of Very British Problems. One person is selected to read out the questions while all the players are given a clean white board and a pad. Each player writes their answers down on their pad, then all of the answers are read out loud to the group and you have to guess who said what.

What Do You Meme? 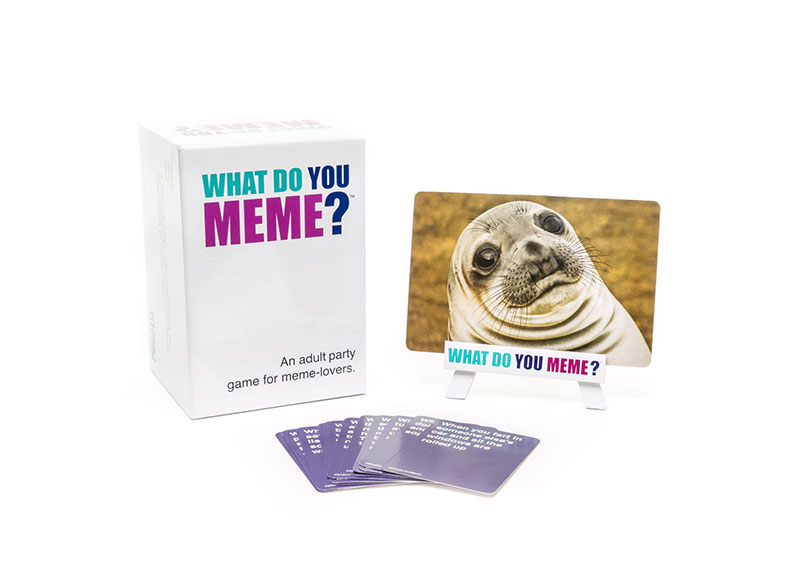 Got a friend who’s obsessed with the internet? This hilarious party game allows players to create their own memes by pairing caption cards with the photo card in play. The selected rotating judge picks the best combination each round – may the most outrageous card win… 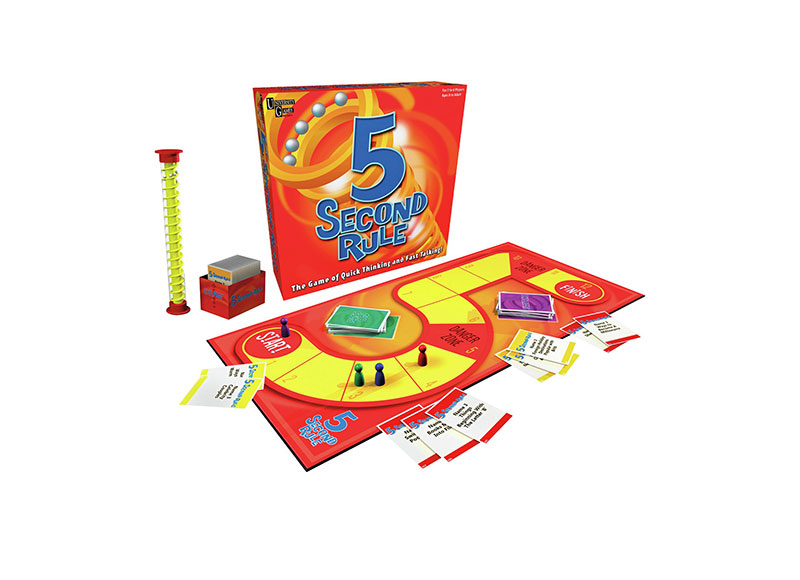 It should be easy to name 3 breeds of dog; but can you do it in just five seconds, with time slipping away before your eyes? The frantic pace makes it all too easy to slip up, with embarrassingly funny results. 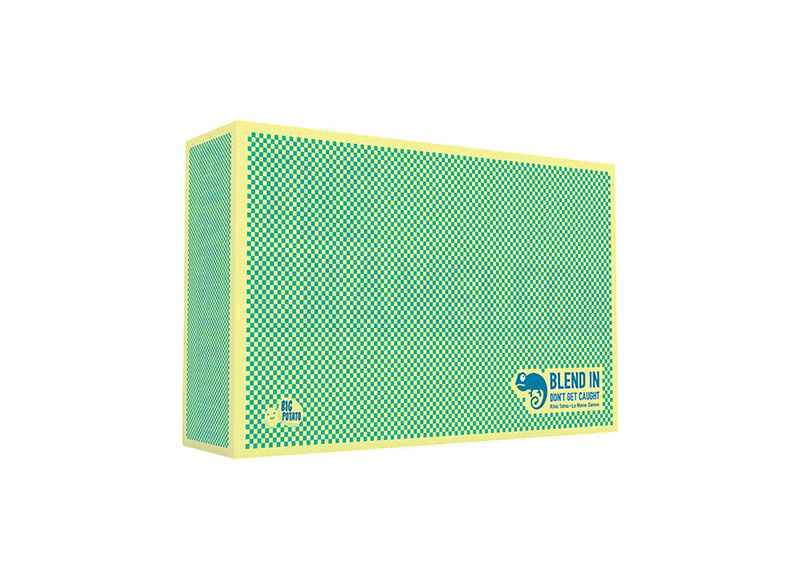 Squint your eyes and you can just about see the name of the game – and therein lies the theme. The Chameleon gets you to hone your skills of deception by giving the group a secret word, which everyone knows except the Chameleon. But who is the Chameleon? Finding out is a true test of your nearest and dearest’s poker face. 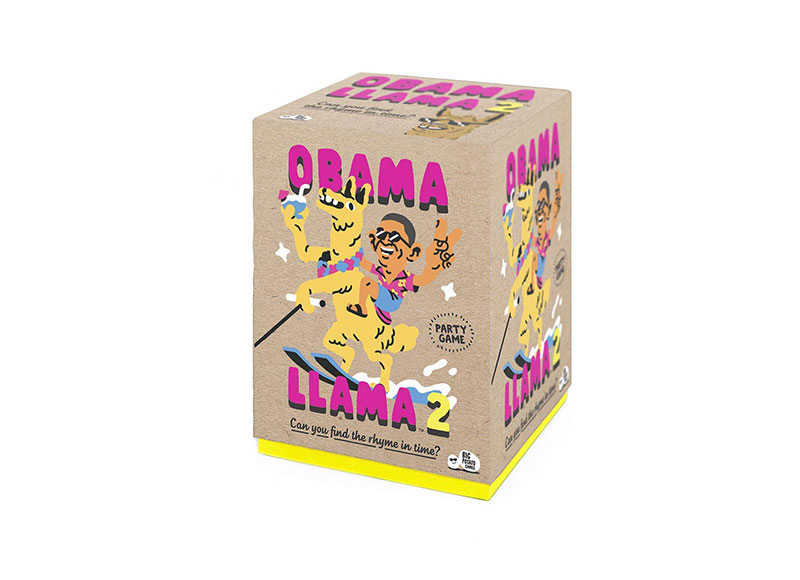 Described as a combination between Articulate, charades and a 30-second rap battle, this rhyme-based game is one that anyone can take part in – but not everyone will be good at. The original version of this game was so popular they’ve made another, and from ‘Uranium playing Cranium’ to ‘A T-Rex mixing on the decks’, it’s full of even more ridiculous pairings for players to act out.

Now That’s What I Call Music 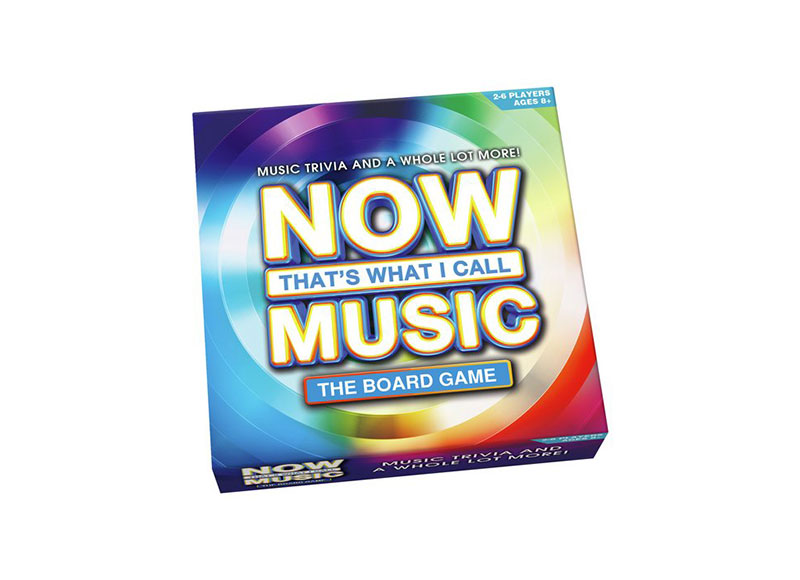 Now here’s one for the music lovers. Show off your chart knowledge in a fun game that includes music questions from the 80’s, 90’s and 21st century. Karaoke lovers will also be pleased to hear that there will be covers to sing and song titles to be mimed throughout the game. Leave ample time to warn the neighbours! 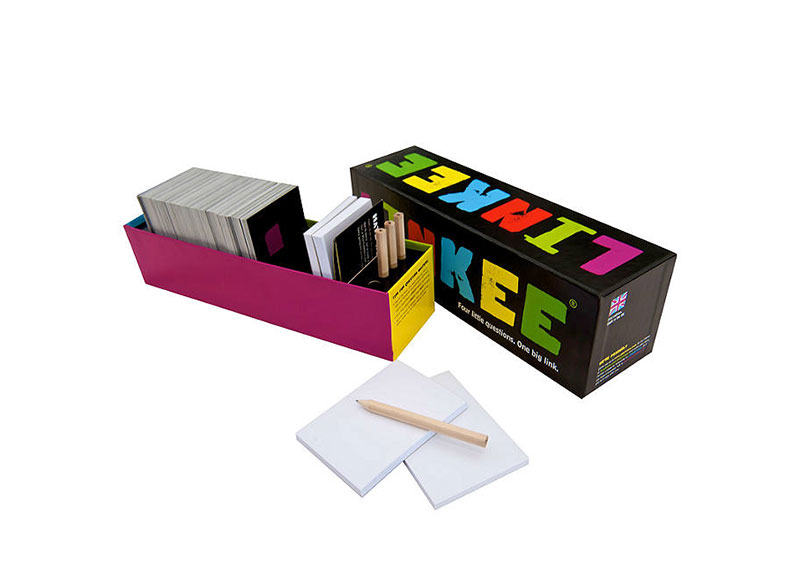 The concept of this party game is simple: answer four questions, and find the link that connect them all. However, during actual gameplay, it’s not long until things get lively! Linkee takes just two minutes to learn, so is perfect if your friends are tight on time, or low on patience. 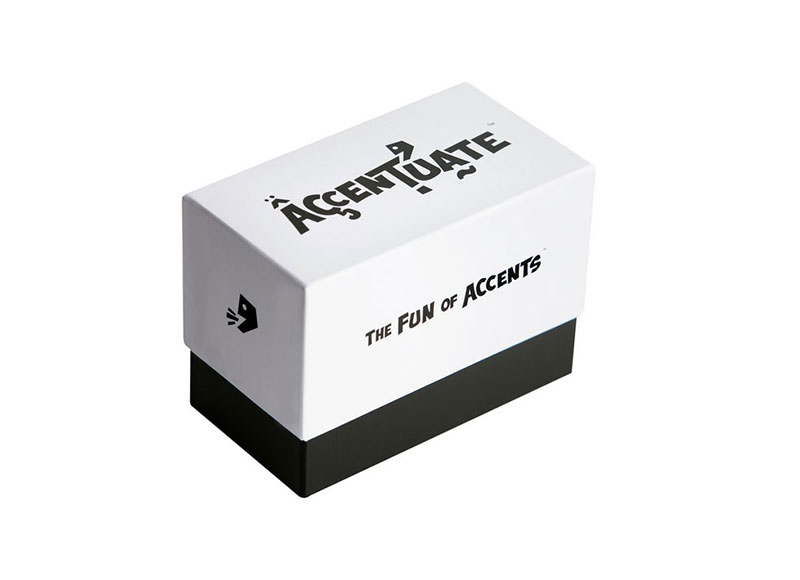 Think you’re good at accents? We’d think twice about boasting until you’ve played this. One team member draws a quotation card and an accent card and then has 30 seconds to read the quotation while trying to imitate that accent to the best of their ability. Can their team guess what it was meant to be? Well, it all depends on your skills… 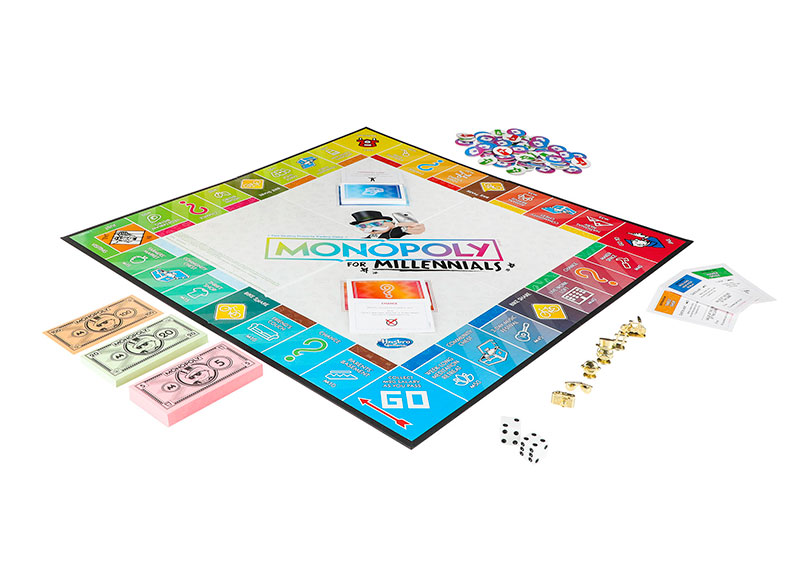 Think Monopoly with a modern makeover, and an excellent opportunity to poke fun at those who were born in the mid 90s. Here, players will play the classic game as usual only this time, the theme is millennials – so you can’t buy property, instead hopping from destinations including your Friend’s Couch, to the Vegan Bistro, to a Week-Long Meditation Retreat. The only catch? It appears to only be available in the US at the moment – but there’s still time to mount a campaign to bring it to the UK for December.