These days, we all have to find more inventive ways to keep fit while under lockdown. With no access to gyms, personal trainers and classes, at-home workouts are becoming more popular than ever. And if you don’t fancy taking up running outside, how about a P.volve p.ball? Allow us to explain…

P.volve is an American fitness company which is known for its workouts that use light resistance tools to gradually build strength and sculpt and tone. It’s a little like barre, and is one of the modern pioneers in ‘functional fitness,’ which focuses on movements you may perform in daily tasks and activities such as squats, lunges, and bicep curls. The fitness technique — which is beloved by Victoria’s Secret models — is showcased at studios in the U.S., as well as its recently-opened Soho studio.

With the studios all shut down for the time being, however, celebrities such as Kate Bosworth are leading the way by using their unique equipment at home and streaming their online subscription classes. One of her particular favourites — and one that’s been doing the round on social media — is the P.volve p.ball.

The weighty ball is strapped between your legs using two straps, and tones up your thighs by forcing them together as you squat, or even just stand still. 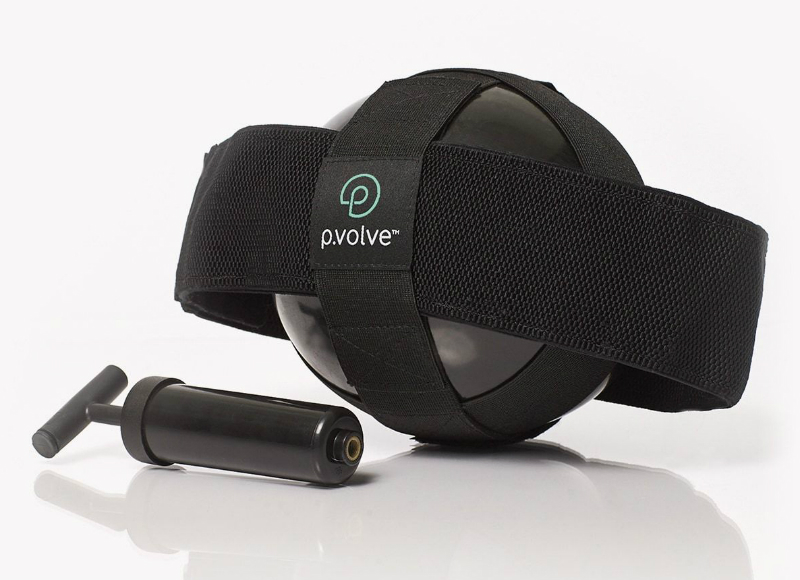 Fashion influencer and former Miss Universe Olivia Culpo is a fan of the tool, telling Evening Standard’s ES Insider recently: ‘I’m trying to hone in and focus on toning my outer thighs. Also, it’s [the ball] light, portable and inflatable so I can throw it in my suitcase and travel with it.’

As well as the p.ball, there are also other pieces of equipment, like the P.band. This essentially looks like a pair of fingerless gloves attached by a cord, and is meant to sculpt the arms and upper body.

Whether P.volve actually works or is more of a gimmicky fad remains to be seen, but the stars can’t seem to get enough of it. If you want to try it, there arguably couldn’t be a better time. The p.ball costs £52, and you can now stream P.volve classes free of charge for 30 days, no strings attached. Visit P.volve and enter promo code OnePvolve to gain instant access to its platform.