After an award season where black has been used to support the ‘Times Up’ movement and to make a stand for change in the film industry, the Oscar red carpet was awash with vibrant colour. From bold metallics and colour blocking to soft pastels and whites, this was definitely a night of celebration. 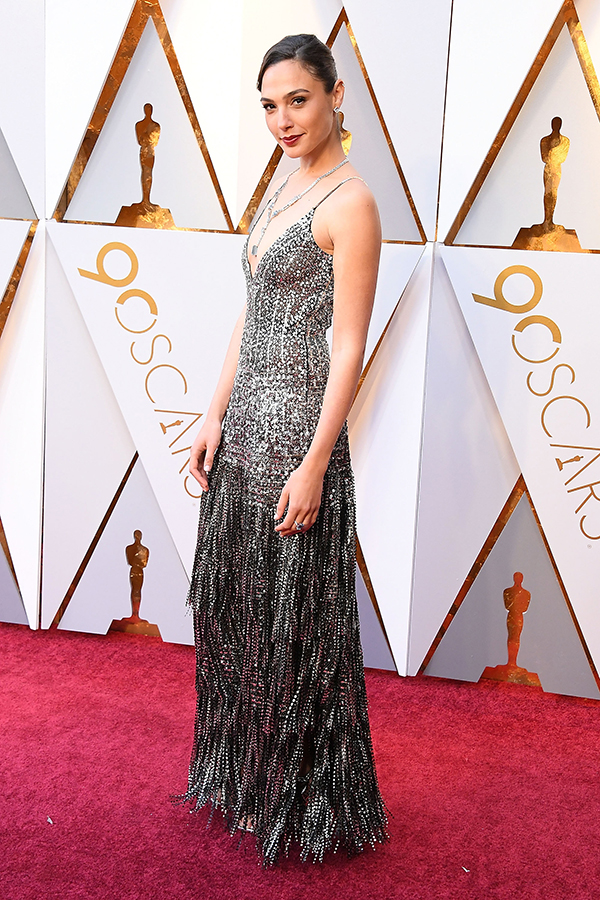 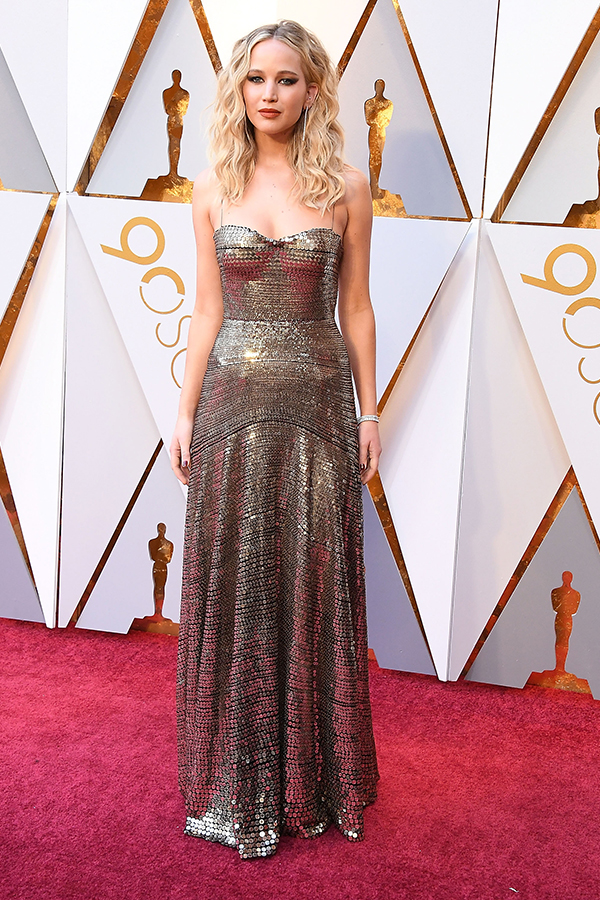 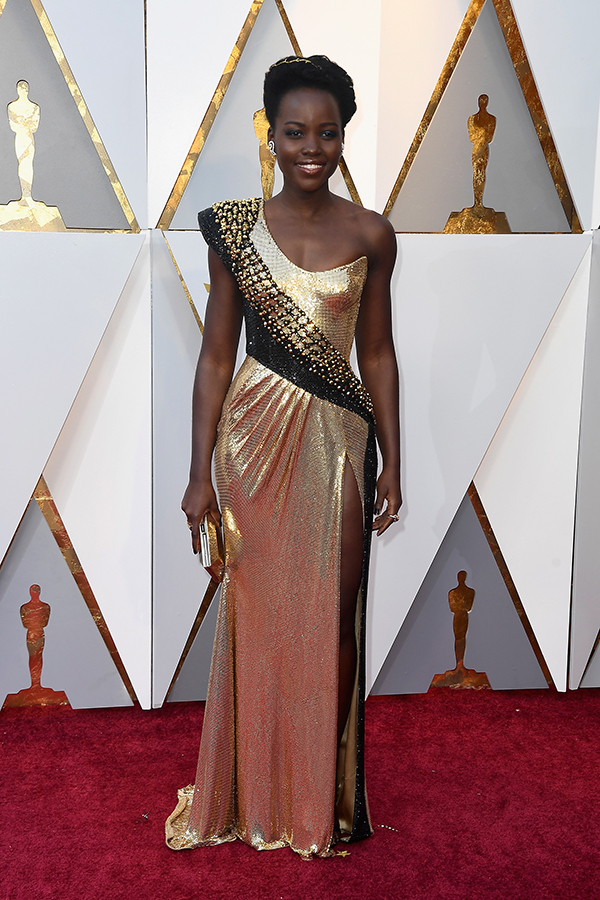 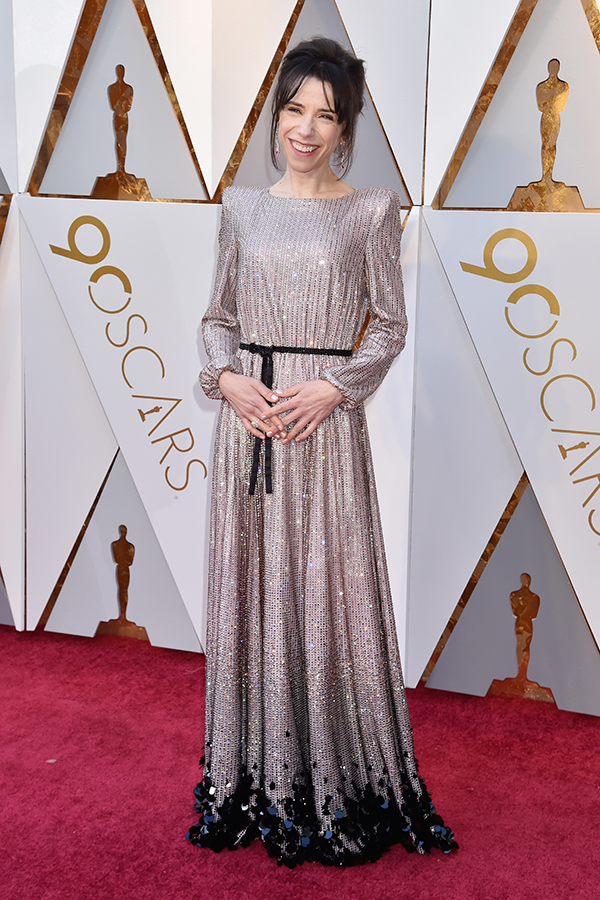 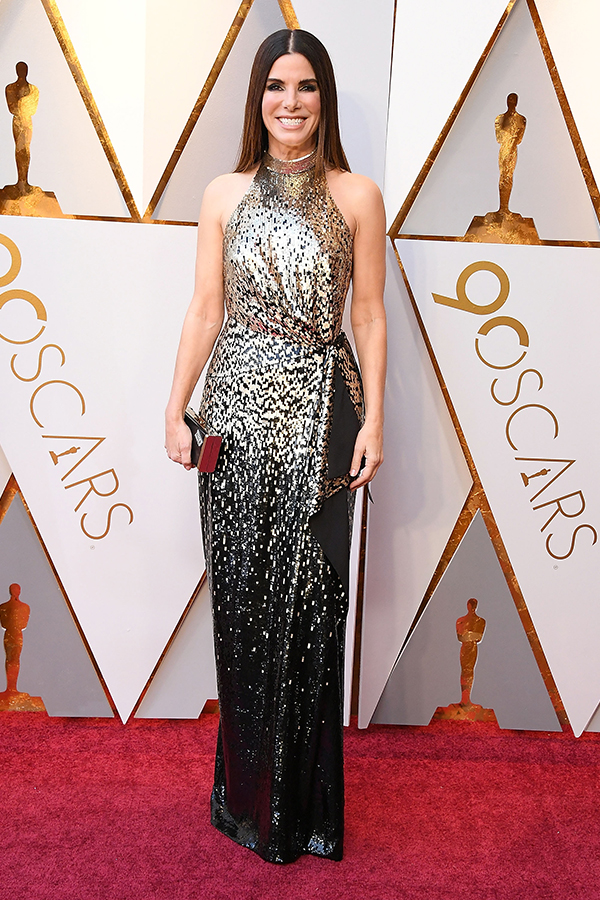 
The metallic dresses worn by Sandra Bullock and Sally Hawkins could be seen as a nod towards the famous award itself or could be interpreted as red carpet armour for the warriors continuously fighting for change. Lupita Nyong’o toughened up her chain-mail one-shoulder gown with black and gold beading, while Gal Gadot’s 1920s flapper inspired dress brought old-school glamour back to the red carpet. 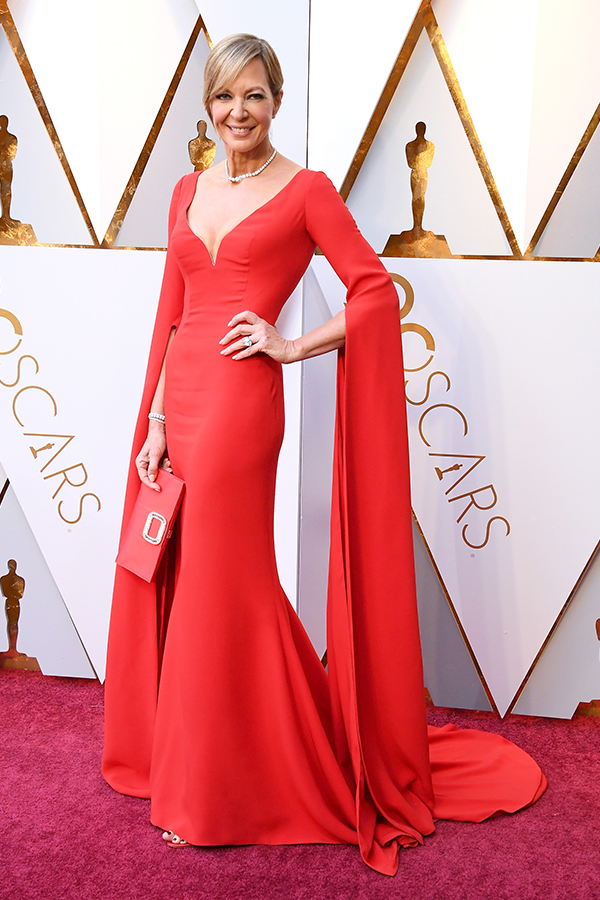 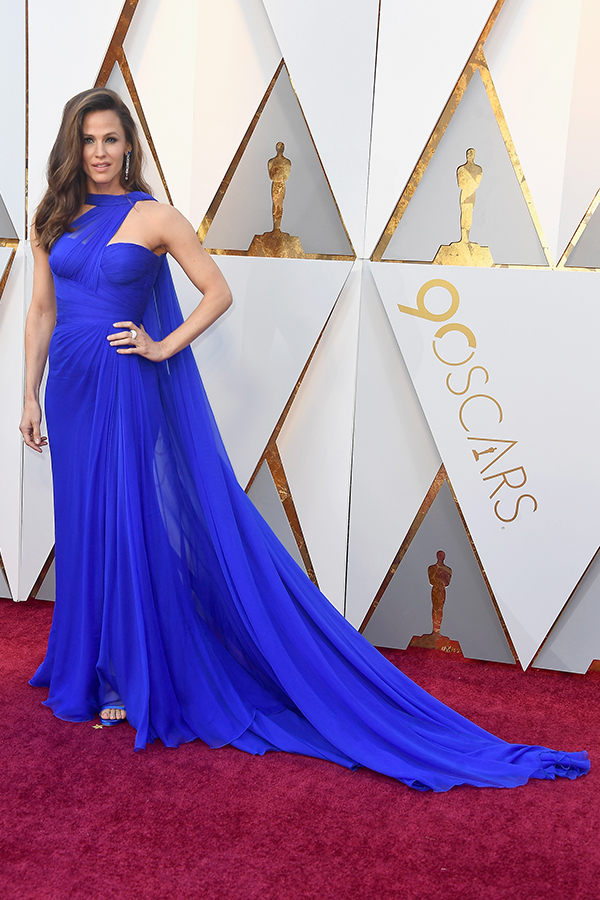 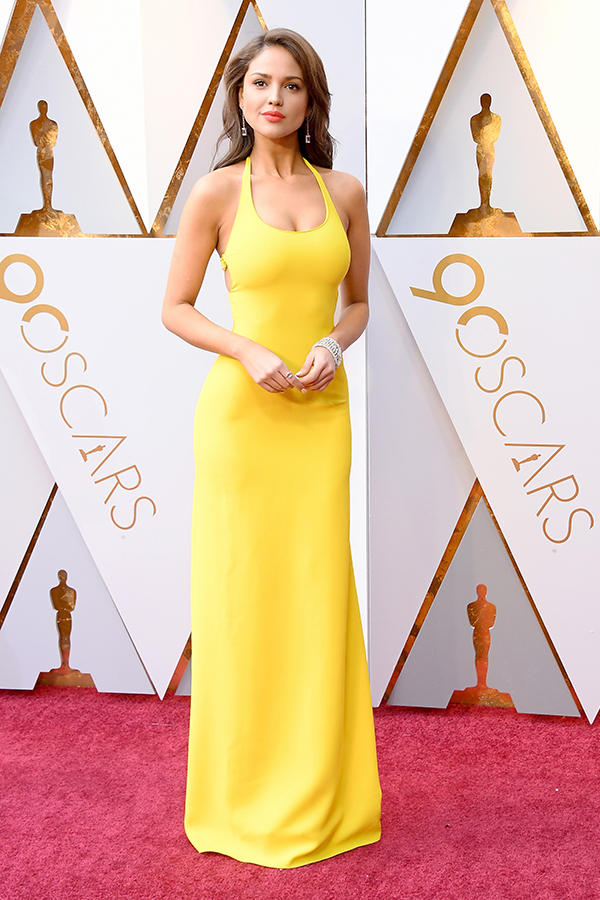 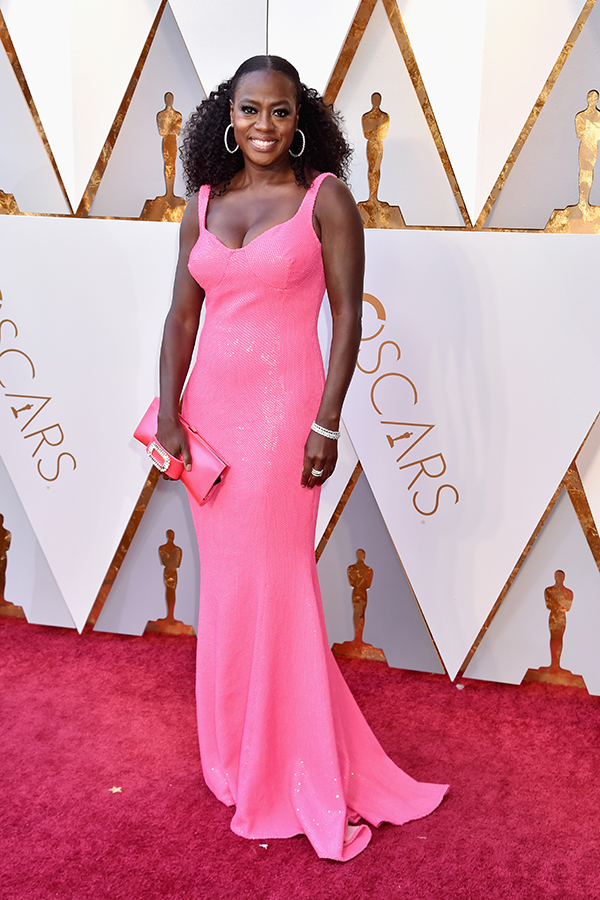 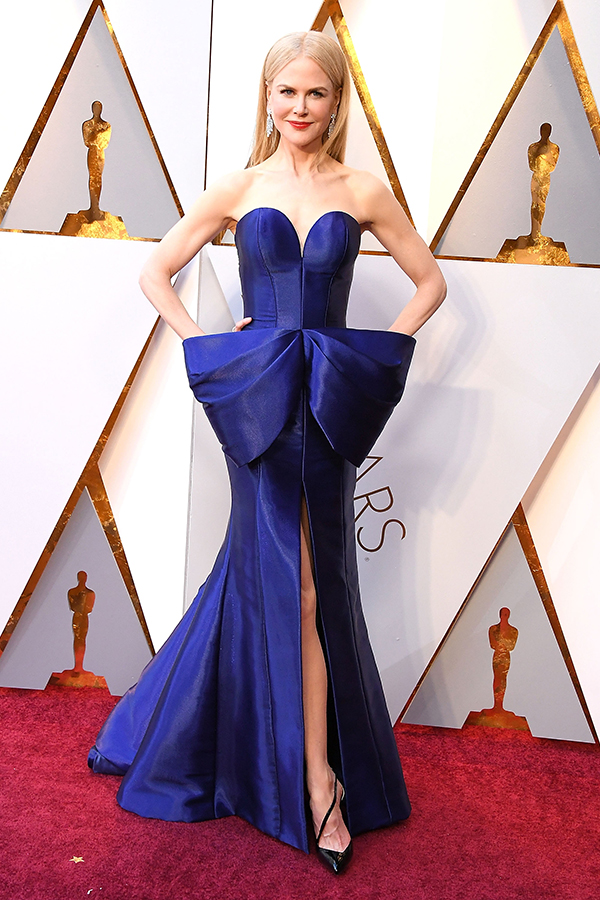 
Viola Davis and Jennifer Garner made sure they stood out in their statement gowns, injecting the colour that we missed from other events. Allison Janney gave her classic fishtail gown a modern twist with long draped slit sleeves. Similarly, Nicole Kidman added volume to her simple sweetheart neckline, column dress with a large bow and a very high thigh split. 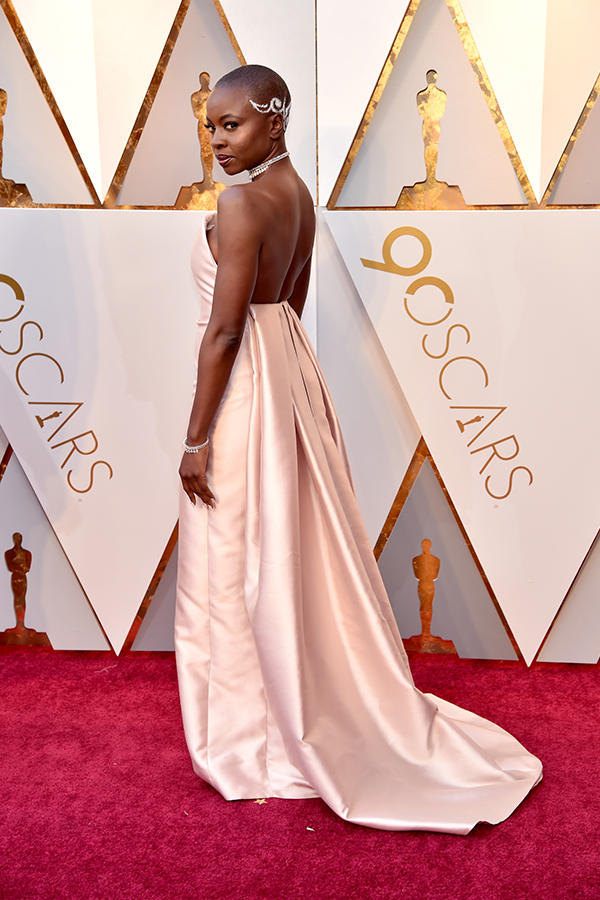 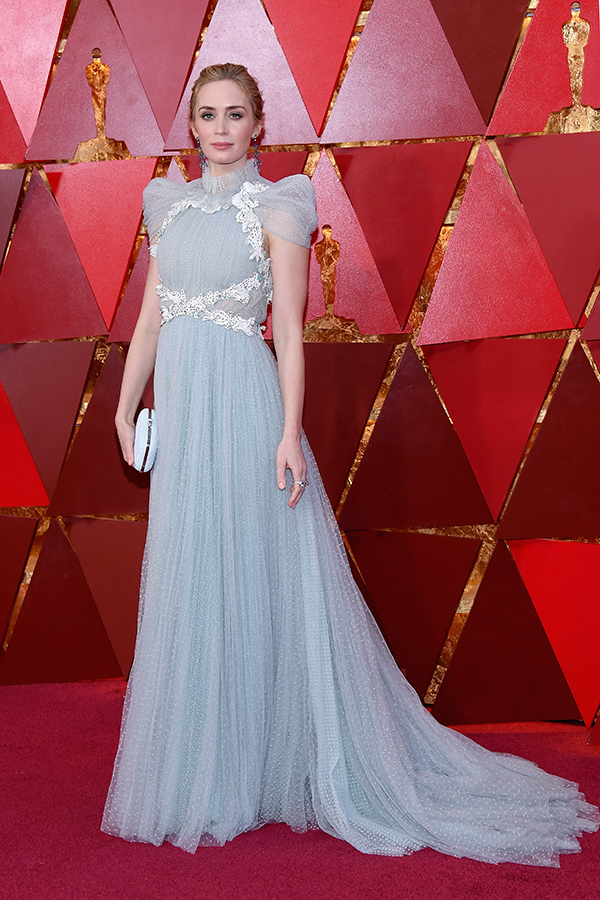 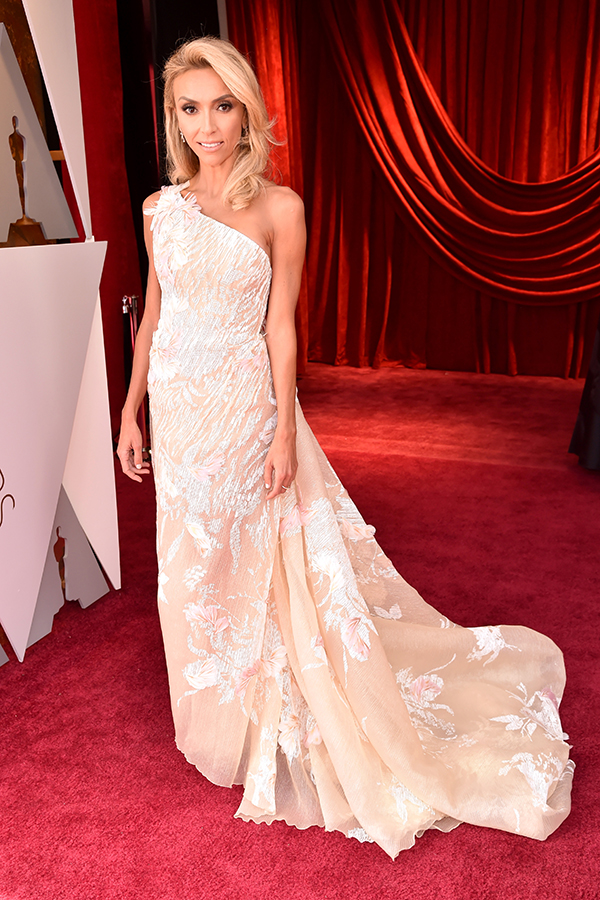 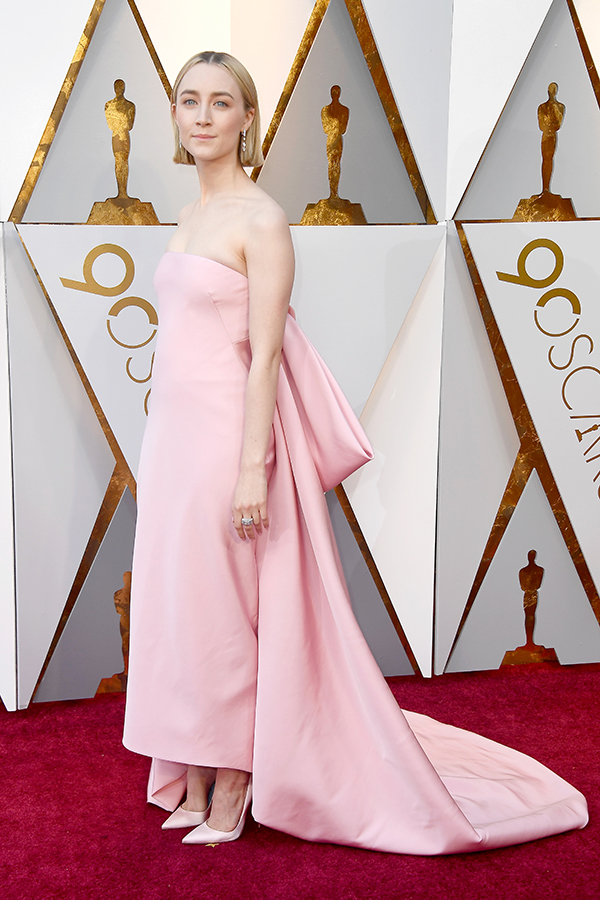 
Contrastingly, pastels were also a popular choice on the Oscars red carpet adding a touch of elegant, understated glamour. Emily Blunt was the epitome of fairy-tale dressing with ethereal tulle layers and delicate appliqué across the bodice. Saoirse Ronan and Danai Guria both kept it simple in their blush pink strapless dresses with sweeping trains. 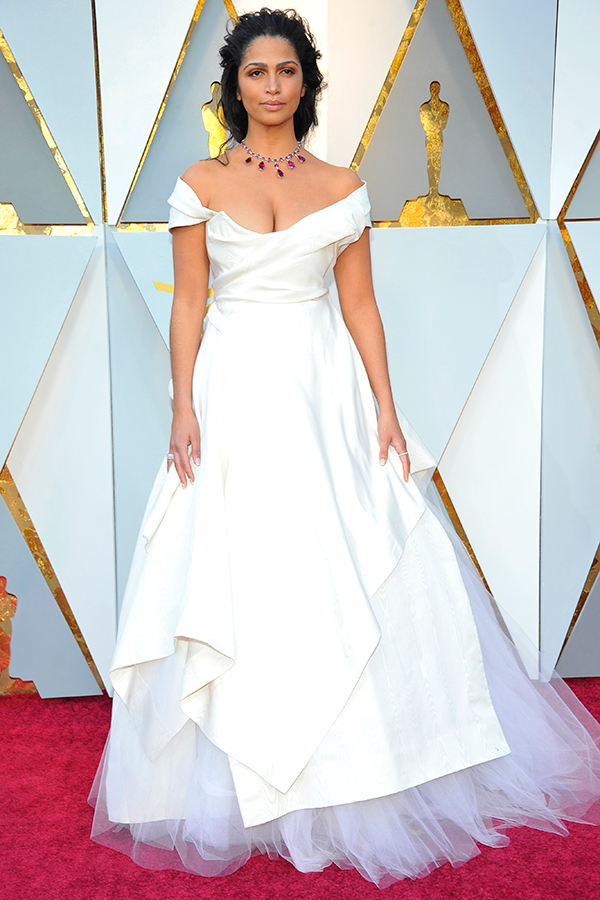 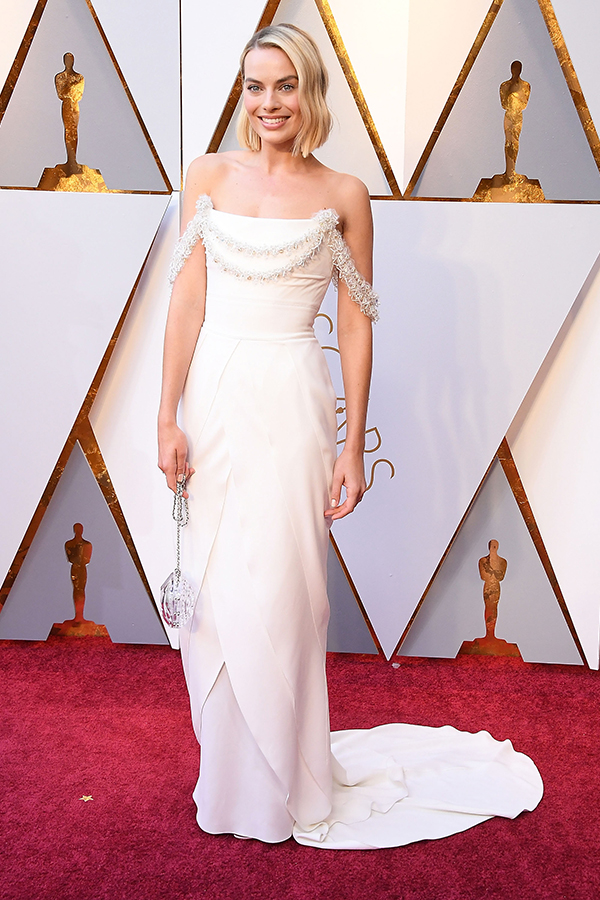 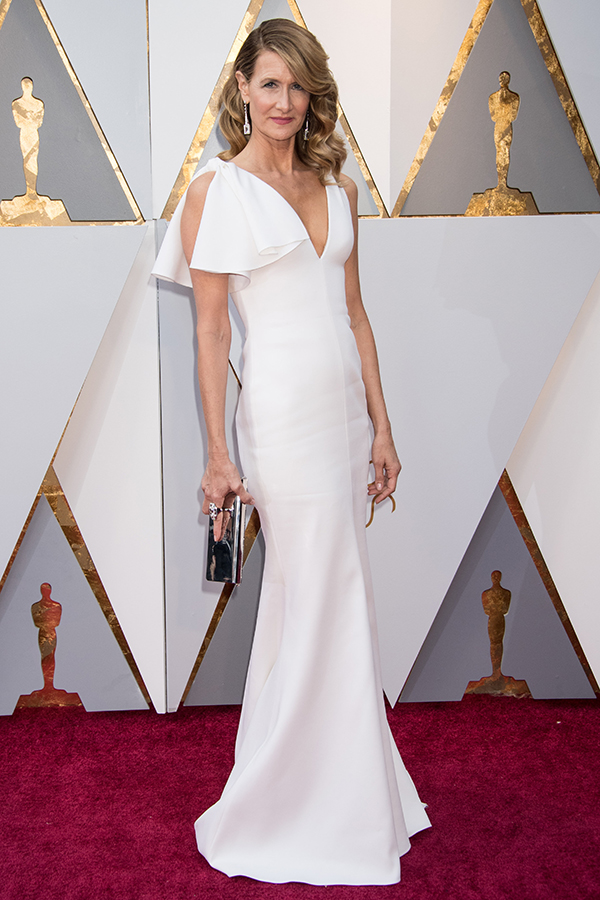 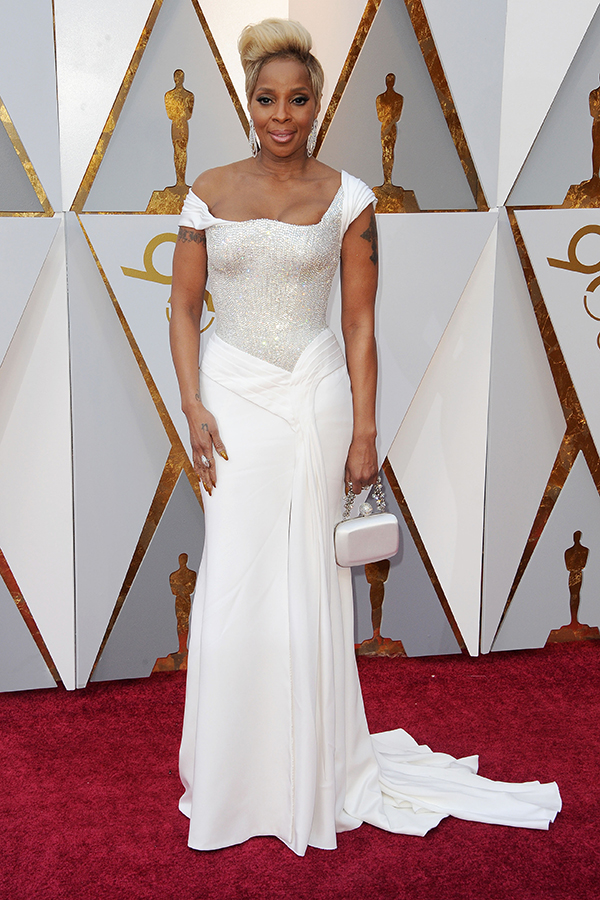 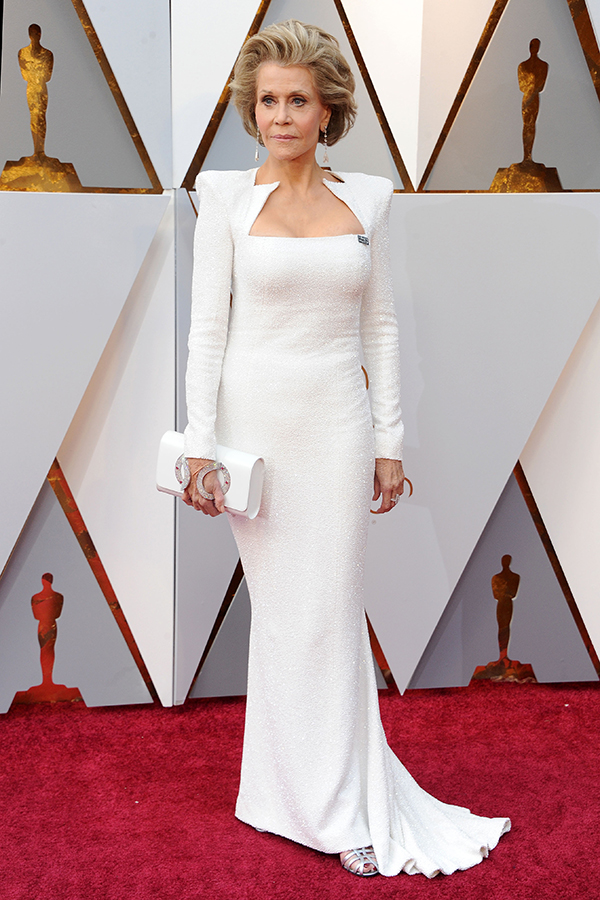 
Finally, white was the perfect companion alongside the brighter gowns adding a timeless yet fresh feel to award show dressing. As the newly appointed brand ambassador, it was only natural to see Margot Robbie wear a custom-made Chanel dress with delicate embroidered off-the-shoulder detail. Jane Fonda proved age is just a number in her conservative yet contemporary Balmain gown which highlighted her incredibly youthful figure.