It’s the most rewarding time of the year to be a film-lover, with the industry’s biggest and brightest releasing their latest in prime awards-season time. And it all comes to a close with the Oscars this Sunday (well, technically the early hours of Monday) – but who will scoop the big six? Pippa Bailey casts her predictions… 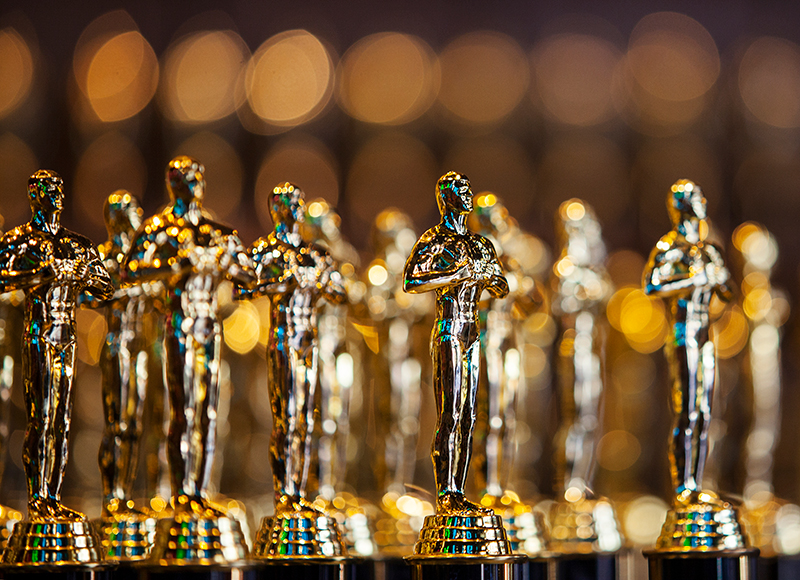 It’s battle of the mums for this category. It’s good to see Mary J Blige nominated for her role in Mudbound, the Netflix flick that has been generally overlooked by the Academy (likely because of its streaming association) but is one of the best of the year. Allison Janney seems pretty much a certain winner for her tough, unsympathetic and abusive LaVona, Tonya’s (Margot Robbie) mother in darkly funny ice-skating biopic I, Tonya. We’d love to see it go to the generally under-appreciated Laurie Metcalf for her sensitive and heartbreaking turn as Lady Bird’s mum in the eponymous film.

Christopher Plummer has done well out of All the Money in the World, a movie that will forever be remembered as The One Kevin Spacey Was Removed From, which Plummer filmed mere weeks before release. Willem Dafoe would be a good choice – a much-lauded actor who has yet to win an Oscar – for his part as long-suffering, gruff and tender motel manager Bobby in The Florida Project. But he’ll be beaten by Sam Rockwell’s racist, violent and bitter cop and his story of redemption (or not, depending on how you read that ending) in Three Billboards.

The leading actress Oscar this year will surely go to Frances McDormand and her talking slippers. Funny, hard-nosed, grizzled and, when you least expect it, vulnerable, her turn as grieving mother Mildred has swept the board at awards so far. Interestingly some of her most powerful moments are of loaded, nail-chewing silence, which makes for a nice comparison with her main competition, Sally Hawkins’ merman-loving mute Eliza from The Shape of Water. Hawkins’ performance is nuanced and commanding despite its lack of words – and shows just the kind of skill the Academy love.

This statuette is Gary Oldman’s for the taking, whose role as Churchill is the very definition of ‘Oscar fodder’. Oldman, like Dafoe, is a very accomplished actor who has yet to win an Oscar, and the Academy loves a sweeping true-story drama like Darkest Hour. Plus he’s got trophies from the Golden Globes, Baftas and Screen Actors Guild Awards already in the bag, making it a statistically probable win, too. But we’re holding out hope for a Moonlight-style underdog win for Timothée Chalamet and Call Me By Your Name, the youngest to be nominated for best actor since 1939: the final close-up of his face working as the credits roll is worth an Oscar every year from now until the end of time in my books.

Christopher Nolan and Paul Thomas Anderson both fall into the oft-nominated but yet-to-win category, but we fear their hopes will again be frustrated this year. The Directors Guild of America director prize is a good predictor of the best director Oscar: the two awards have gone to the same person every year except seven. So it’s once again good news for Guillermo del Toro and The Shape of Water. That said, we’re behind Greta Gerwig for Lady Bird: it may seem a light-handed and effortless film but that, conversely, is the result of some phenomenal directing; an extraordinary feat for a directorial debut. She is also only the fifth woman ever to be nominated for best director and would be the second to win (Kathryn Bigelow became the first in 2010 for The Hurt Locker), and this would be a poignant year to see a woman win.

The nominees
Call Me by Your Name
Darkest Hour
Dunkirk
Get Out
Lady Bird
Phantom Thread
The Post
The Shape of Water
Three Billboards Outside Ebbing, Missouri

What a stellar group of nominees this year. While Dunkirk is likely to take home some of the technical awards, we’re ruling it out of this one, along with Darkest Hour, The Post and Phantom Thread, which, while well-made, don’t quite stand level with the remaining five, any of which would be worthy winners. Choosing between Call Me By Your Name and Lady Bird would be a wrench, as both captured my heart this year, but their gentle, indie feel makes them unlikely choices for the Academy. But, then, last year’s best picture winner Moonlight is also of that character… Even more unlikely – and everyone loves a curveball – is Jordan Peele’s satirical horror Get Out, a box-office and critical success, but a genre that has historically been snubbed by the Academy. Judging by the results at the Golden Globes and Screen Actors, Producers and Directors Guild Awards, The Shape of Water and Three Billboards Outside Ebbing, Missouri seem the safest bets, and the Oscars is nothing if not safe. Given that only four films have ever won best picture without a best director nomination (and Martin McDonagh has not received the nod), statistically my money is on the former – though my heart is with Timothée Chalamet.

Will win: The Shape of Water
Should win: Please don’t make us choose!

EMOTIONAL TIES: Mark Heyes reveals the rituals that keep him on...

Tom Hardy is starring in an exciting new BBC adaptation

This is when Prince William realised he wanted to marry Kate...

This is why Darcey Bussell is leaving Strictly Come Dancing

Liz Truss: ‘You have to put yourself forward… No one else...

Jordan Mooney: The woman who grew up to invent punk

When Harry Met Sally almost had a VERY different ending

WHERE WERE YOU WHEN: Nigella seduced us over a hot stove