If there’s one haircare product that’s taken the beauty world by storm, it’s Olaplex. It’s become the go-to solution for dry, damaged hair and is a bestseller for multiple retailers like John Lewis and Look Fantastic. But it turns out Olaplex No.3 Hair Perfector, until recently, contained an ingredient that has been linked to infertility. It sounds very alarming – but should Olaplex users be worried? Here’s what you need to know. 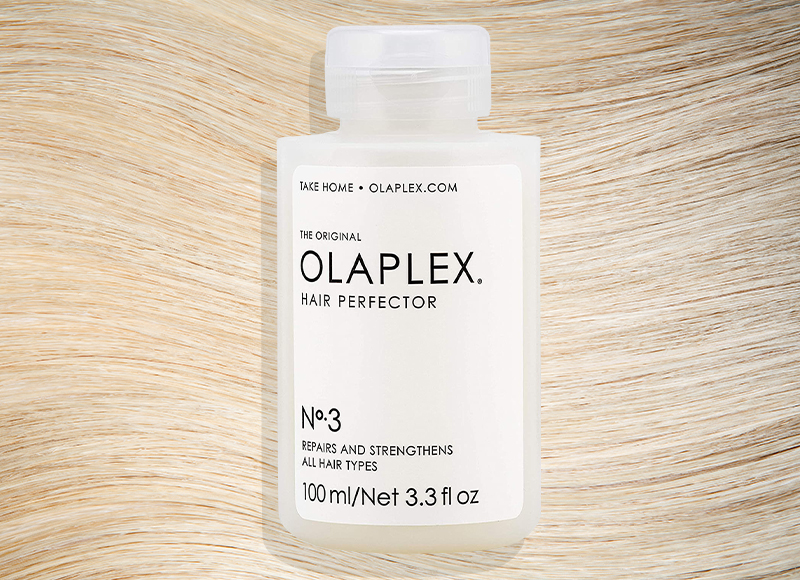 Which ingredient has been deemed unsafe?

The ingredient is butylphenyl methylpropional, also known as lilial, which is commonly found in beauty products and household items like cleaning detergent. In 2019, a scientific committee on consumer safety for the European Commission found that lilial ‘cannot be considered as safe’. It was banned in the EU in 2020 after being classified as a ‘Carcinogenic, Mutagenic or Reprotoxic (CMR) 1B substance’.

Lilial is found naturally in chamomile essential oil, but it has been classed as reprotoxic, which means it can have damaging effects to fertility.

Why is this relevant to Olaplex?

Fans of Olaplex No.3 noticed the ingredient was included in the ingredients list on their bottles, causing widespread worry among users. However, Olaplex has released a statement clarifying that the ingredient is no longer used by the brand. Speaking to the Independent, Olaplex said its products containing lilial had not been sold in the UK since January.

‘At Olaplex, lilial was previously used in small amounts as a fragrance in No. 3 Hair Perfector. It is not an active or functional ingredient,’ the brand said.

Products containing lilial are prohibited from sale in EU countries and Northern Ireland as of 1 March. As the UK has now left the EU, the ban here is expected to follow soon. The good news is, Olaplex has already cut it out of products across the world.

‘Out of an abundance of caution, Olaplex proactively removed lillial from our No.3 Hair Perfector globally. Since January 2022, Olaplex no longer sold products using lillial in the UK or EU,’ the brand said.

So what happens if you still have an old bottle of Olaplex No.3?

A statement released by the Cosmetic, Toiletry & Perfumery Association (CTPA) explained: ‘Consumers who have bought cosmetic and personal care products that contain BMHCA, can be reassured that these products are still safe to use. They will have undergone a rigorous safety assessment by an expert safety assessor to ensure their safe use.’

Cosmetic experts at The Cosmetic Regulator have also clarified that lilial is usually present at a concentration of 0.1 per cent or less, so it ‘is not enough to directly impact fertility’.

So if you still have some Olaplex No.3 from last year, there’s no need to throw it out. Although, this has made us realise just how important it is to check the ingredients lists on products…