It’s no secret that 70s style is making a comeback. Music, homeware, fashion – ABBA have a lot to answer for. And it seems the trend is also leading a revival in our food choices, with nostalgic foods and flavours flying off the shelves. 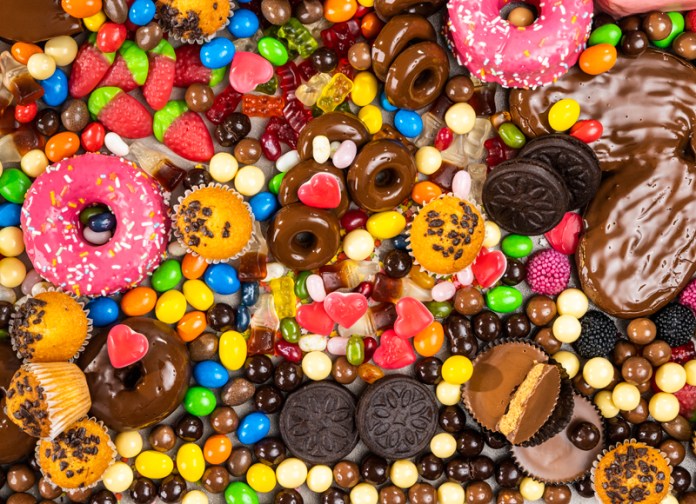 It seems the Queen’s Platinum Jubilee has also got us all reminiscing wistfully about the food of times gone by, which is heavily influencing our choices.

There’s been a bumper increase in searches for retro foods over the last three years, including classics like Neapolitan ice cream (+218%) and Battenburg cake (+93%). 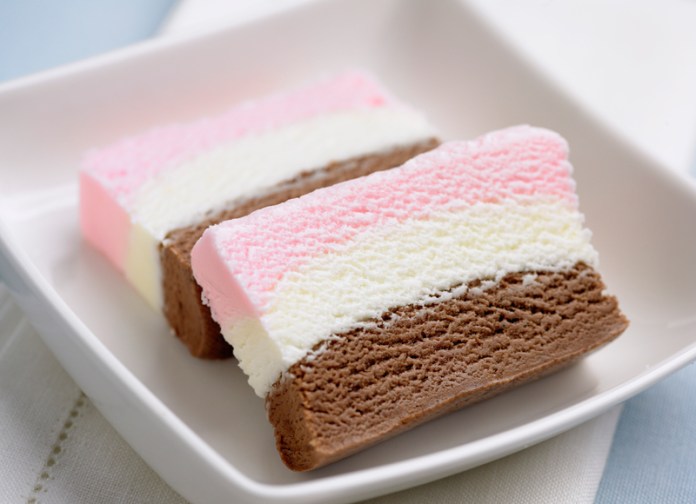 This is according to a summer food trends report by Sainsbury’s supermarket. which also reveals that our palates are hotting up as we’re opting for spicier options than ever before, and pineapple is set to the be the star of the show this season. Cheese and pineapple on a stick, anyone?

The report also reveals that fussy and complex dinner parties are out, and casual get-togethers with minimum effort but maximum wow factor are in – with 90% of hosts serving up prepared foods and ready meals at a dinner party. However, shoppers are expecting more than just a ‘burger in a bun’ at barbecues now, as they reach for the smokers and put marinated veg centre stage. 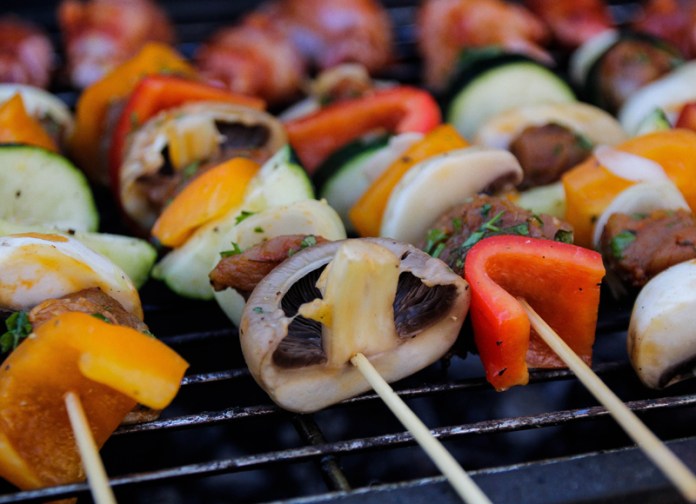 Dr Morgaine Gaye, Food Futurologist analysed the report. He says: ‘Nostalgia often peaks at times of disruption and recession. We look back through rose tinted jelly at times in the past which seemed to be much more carefree.

‘Anemoia is a relatively new and unheard-of word which means a nostalgic sense of longing for a past you yourself have never lived but  feels very relevant.’

The top ten food trends for summer 2022 are:

A quarter of Brits tucked into royal themed foods over the weekend, but old staples take new forms as one in four (24%) would now prefer to eat a veggie celebration dish – such as coronation cauliflower – over coronation chicken.

The English Sparkling wine star continues to rise, with searches up 51% from three years ago and vineyards such Tinwood Estates in Sussex reporting record sales as Brits begin to support more local producers. English sparkling wine is now considered a status drink by a third of us and nearly half of Brits believe it is just as respected as champagne.

Low-fi hosting is in after summer lockdowns, with 47% of us opting for a more casual affair to maximise time spent with loved ones, rather than in the kitchen. The nation is reaching for delicious pre-made platters, with Sainsbury’s Sharing Tapas Platter sales increasing by 114% year-on-year, and ready to serve cocktails and mixers – 82% of millennials opting for a pre-mix tipple. 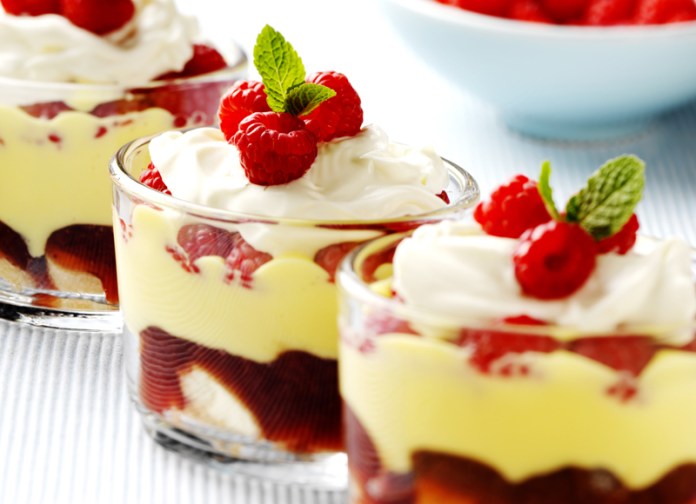 Almost half of us are seeking old school snacks and nostalgic desserts – but it’s millennials (25- to 34-year-olds) who most frequently look to childhood favourites for comfort in stressful times. Brits can enjoy a hint of novelty whilst satisfying their nostalgic cravings with Neapolitan flavours reinvented as cheesecake, Eton mess flavoured profiteroles, or a trifle reimagined as ice cream. Our absolute favourite though has to be Nigella’s boozy British trifle! 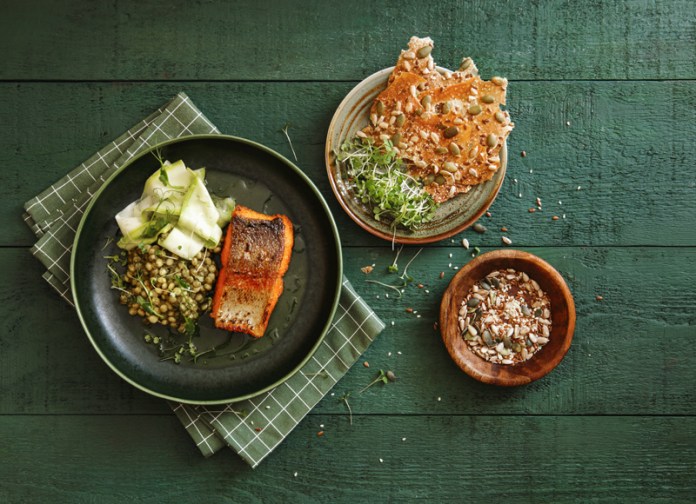 As a nation we continue to explore global ingredients, with lockdown galvanising nearly half of us (47%) to push our flavour boundaries. Sainsbury’s has recently increased the space dedicated to world food by 57% across more than 500 stores and, as a result, sales of its world food products have grown by almost 70% since 2019.

The British palate is finally embracing the heat and we are loving hotter curry options when cooking. The supermarket has also seen sales of sriracha sauce skyrocket by 110% since 2019. Over a third of people (36%) have introduced chilli into their diets in the last two years, and 70% now say they love spicy food – with Glaswegians the biggest chilli lovers.

Smoked food has hit the mainstream, as 65% of 18 to 24-year-olds are considering buying a smoker to turbo-charge their barbecue this summer. The term ‘charred’ boasts a high trend score, according to Sainsbury’s Product Hunter database, and sales of Maldon Smoked Sea Salt have increased by 51% since 2019, as we add a smattering of smoke to our home cooking.

Nearly four in ten (38%) of us believe veggie-centric barbecues are the new normal and 43% of Londoners are set to make grilled veg the star of the show this summer. This comes as 38% of us say we no longer enjoy just eating meat in a bun at a barbecue. 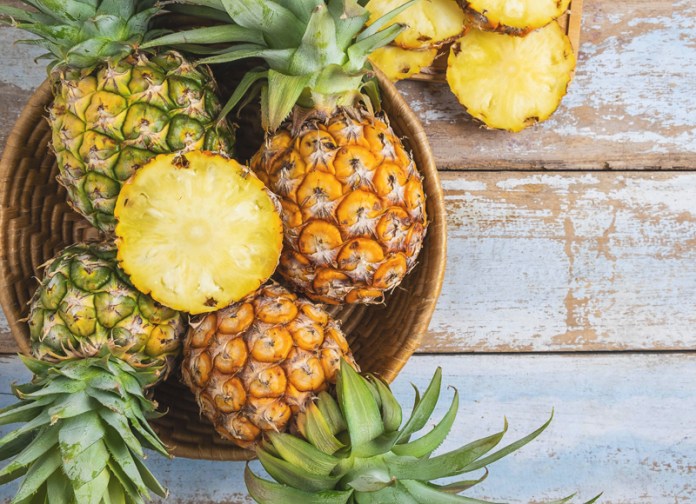 Pineapple is set to be one of the most popular fruits for summer 2022, gracing the menus of high-end restaurants across the country. Sales are up 17% in the last three years and the fruit is being infused in the likes of gin and cider to bring zesty, retro vibes to the party.

Taste psychologist Greg Tucker says: ‘Right now, the nation wants to look forward to a brighter and happier time, and pineapple is the perfect fruit to assist in this for summer 2022. People are looking for joy and pleasure from food to get them through challenging times – and pineapple’s bright acidity with complex, sweet depth means that it provides just that.’

A third of Brits have now foraged for their food, and another 23% would like to do so, as sustainability plays a greater role in what we eat. Ingredients such as nasturtium, and even seasonal fish such as Cornish crab and queen scallops are set to have a moment – with Sainsbury’s searches of wild garlic increasing by 43% over the last three years.