These days, it would be easy to think you have to spend a lot of money in order to see real results from your skincare. There are plenty of high-end formulas out there, many of which will set you back hundreds of pounds. But every now and again, a product comes along that proves this theory very wrong — and Nivea’s Q10 Power Anti-Wrinkle + Firming Night Cream is certainly one of them.

The longstanding favourite by Nivea has been crowned the UK’s No.1 Anti-Age Night Cream after the latest sales data was revealed, and its popularity is completely understandable when you take a closer look at the product.

As its name suggests, the cream heavily features Q10; an ingredient known for its antioxidant and anti-ageing properties. The product works to regenerate skin as you sleep, and promises to fight fine lines and wrinkles, and leave skin visibly firmer.

The reviews by loyal fans also speak volumes. ‘I have never normally believed that creams and lotions, etc make any real difference to reducing wrinkles,’ wrote one user. ‘BUT…the cream has definitely improved the overall appearance and feel of my skin. The dry patches I had under my eyes have gone, my skin feels plumper, fine lines appear reduced and two people have asked what I’m doing as I look better!’ 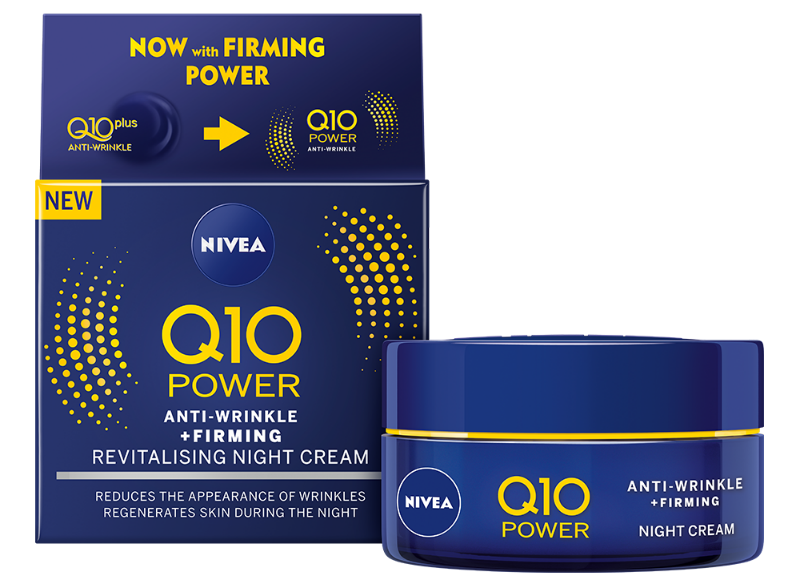 Another praised the price tag, writing: ‘For the price you can’t go wrong, this little pot of magic will forever be on my dressing table! Plus completely affordable sometimes you don’t always need to spend a fortune!’

Indeed, the cream is a total bargain, especially when you compare it to other anti-ageing formulas on the market. Its usual price is just £10.99, which is impressive enough, but Boots is currently selling it for an even more incredible £5.49.