Forget expensive creams or intensive facials – Nigella Lawson has just revealed that one of her skincare staples is much more affordable (and unusual) than most.

The cookery star, 58, admitted at a recent Q&A that the secret to her glowing complexion is a pair of silicone gloves that were originally intended for doing the washing up.

‘I am the sucker who buys things. I recently bought some washing up gloves with silicone bits on the palm for scrubbing,’ she explained. ‘I exfoliate with them. I like them.’

Although they’re designed to tackle residue on pots and pans, the washing up gloves Nigella describes aren’t actually that dissimilar to the cleansing mitts offered by some luxury beauty brands – so her thrifty tip may be more effective than it first appears.

Although Nigella didn’t disclose exactly which brand of gloves she favours, you can pick up a similar pair – in a range of colours – for just £9.99 on websites like eBay.

In the past, Nigella has said that she relies on food and drink to keep her skin in tip-top condition, rather than high-end products. 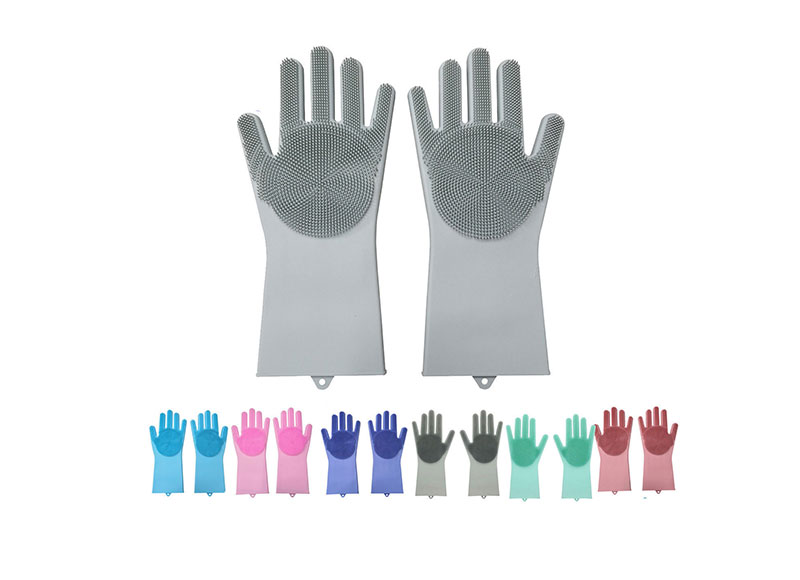 ‘I’m a great believer in fat. My view is, it’s a moisturiser from the inside,’ she told the audience at a launch event for one of her cookbooks in 2012.

‘I’m also a bit of an aquaholic – my doctor once told me I was drinking too much water, at least three litres a day.’

‘But I think eating proper food is very important. I don’t like this habit of demonising some foodstuffs and venerating others, but I do think on the whole that your skin and your body and your mind are happier with real food and not processed bits of cardboard.’

So that’s hearty eating, plenty of water and washing up gloves for a tenner. Is it just us, or did getting the Nigella look suddenly begin to look very achievable?

One bottle of Kiehl’s Calendula toner sells every 12 seconds

What is retinaldehyde? Everything you need to know about the ‘new...