Never one to shy away from controversy, bestselling US author Jodi Picoult tackles the hot-button issue of reproductive rights in her latest novel. In this highly personal piece for YOU, she makes a plea to end the shaming of women who seek abortions.

When I was in college, one of my best friends had an abortion. Before she went, I remember many hard conversations, many tears, many sleepless nights as she and her boyfriend tried to amass the money to pay for the procedure. I lived, then, in a part of America where access to abortion was widespread; where women didn’t have to travel impossible distances and where clinics were not subject to stringent laws that affected their ability to provide care. My friend was seven weeks pregnant, and I categorically supported her choice to terminate.

Years later, when I was seven weeks pregnant with my third child, I began spotting heavily. The thought of losing that pregnancy was devastating – in my mind, this was already a baby. Yet how could that be? How could I draw a line then that I hadn’t been willing to draw a decade earlier?

The answer is complicated, which is why I chose to write about it in my new novel, A Spark of Light. It’s also why, in America, reproductive rights are a hot-button issue. Where we draw the line shifts, not just between those who are pro-life and pro-choice, but in each woman’s lifetime given her current circumstances. It is also the reason that anti-choice legislation is so controversial. Laws are black and white – but the lives of women are a thousand shades of grey.

To break down the argument over choice, let’s start with US moral philosopher Judith Jarvis Thomson’s famous 1971 thought experiment. Imagine you wake to find yourself attached with tubes to a renowned violinist. He has a fatal kidney disease and the Society of Music Lovers has gone through all the medical records in the world and found that you are the only one whose blood can cure him. If he is unplugged from your body, he will die. However if you wait nine months before unplugging him, he will be cured and live. If you disconnect him now, is it murder? Does the violinist have a right to life? Does he have the right to use your body in order to do so?

Here’s another one. A building is on fire. On one floor are five babies. On another floor are 10,000 embryos. You can only evacuate one floor. Which do you pick? Anyone in their right mind would choose the five babies. But doesn’t that suggest that there is a difference between a living baby and an embryo? What if on one floor were three babies, and on the other, 1,000 21-week foetuses? What if it were two babies versus 40 foetuses in the third trimester – a developmental point where, science shows, pain can be felt in utero?

These analogies frame the debate over abortion rights. Those who are pro-choice believe an embryo or foetus is part of a woman, therefore she gets to decide whether or not to bring the pregnancy to term. Those who are pro-life argue that every person alive was given the right to be born. Having an abortion violates the Golden Rule: do unto others as you’d have them do unto you.

Given the emotional stakes, it’s important to know the facts. In the US, one in four women will have an abortion in her lifetime, and 88 per cent of abortions occur in the first 12 weeks of pregnancy. Only 1.3 per cent occur after the 21st week, and they include cases of incurable foetal disease or risk of maternal death. Abortion rates have declined overall, though they remain highest among poor women. In 2004, three-quarters of the women surveyed said they had an abortion because they couldn’t financially care for a child. Meanwhile, there is a myth that limiting abortions legally will end abortion. In reality, in the States in the 1950s and 60s when abortion was illegal, it’s estimated that between 200,000 and 1.2 million procedures a year were still performed – unsafely.

I’ve been pregnant three times, and twice I didn’t even know until I was seven weeks along. When I was researching my novel, I spoke with pro-life advocates across America. None were religious zealots; they were lovely people who spoke from a place of deep personal conviction. All were appalled by acts of violence committed in the name of the unborn. They wished pro-choice advocates knew they weren’t trying to bully women into what they should do with their bodies; they just wanted women to realise that life was precious and their decision would affect someone who didn’t have the voice to speak up.

Then I interviewed 151 women who’d had abortions. The vast majority thought about the abortion daily. They wished pro-life advocates knew they were not bad people. As one woman said, ‘I wish I could tell them that if I had to carry the child, I would have killed myself and the baby. I also wish I could tell them I’m sorry.’ And: ‘We are not using it as birth control; we are not lazy or don’t care. We are as different as the human race, and it can break our heart, but it can still be the right thing for us.’

I also shadowed Dr Willie Parker, a high-profile abortion provider in the American Bible Belt, as he terminated a five-week pregnancy, an eight-week pregnancy and a 15-week pregnancy. The first  two procedures took less than five minutes. Nothing in the products of conception looked like a dead baby. The 15-week procedure was more complicated and took a few minutes longer. In the blood and tissue were minuscule, recognisable body parts. Dr Parker believes in transparency in his work and recognises that a foetus is a life. He does not, however, believe it is a person. He questions the moral responsibilities we have to each other. While pro-life protesters are championing the rights of the foetus, who is championing the rights of the women? The woman who had come in for that 15-week abortion had three children under the age of four and couldn’t afford another child without compromising the care of the ones she already had. Does that make her a terrible mother…or a responsible one?

Ultimately, the reason the debate over abortion rages is precisely because of these moral questions. When does a foetus become a person? Given rising rates of maternal mortality in the US, shouldn’t a woman get to decide to face that risk? Is it possible to give rights to the unborn without taking them away from the woman? If we assume that nobody wants to have to make the choice to have an abortion, is there any way to reduce the need, without prohibitive legislation? Perhaps the best place to start is before pregnancy happens – with contraception. In the US in 2013 there were 26 births per 1,000 women aged 15 to 19. Compare that with the UK, where in 2015 it was just 14.5 per 1,000 in the same age group.

Unlike the States, the UK actively promotes contraception without judgment. If pro-life advocates really want to reduce abortion, they should offer free birth control – and yet that rarely happens because of religious beliefs. Second, if we know that financially strapped women choose abortions, we may reduce the need for termination by raising funds. What if minimum wage increased, so women had more financial security?

Or what if the government funded childcare? I do not know if America will ever come to an agreement about abortion rights. The stakes are too high, and both sides come from a place of strong principle. Instead of judging each other, perhaps we should focus on what we have in common – that none of us is perfect. I’d like to leave you with this statistic: of the 151 women I interviewed, only 25 wanted to be acknowledged in the book. The rest asked to remain anonymous. There is a stigma associated with abortion. Women have been socialised through books and film and politics to believe that if you are pregnant, the best outcome is to give birth and then raise the baby. What if abortion were no better or worse than childbirth or adoption? How many of those women I interviewed would have given their names?

I believe that there is no disgrace in choosing to terminate a pregnancy, if it is what’s right for a woman at that moment. Just as the #MeToo movement has given a voice to women who had been silenced for years, I’d argue that it’s time to #ShoutYourAbortion. The more women tell their stories, the less others will feel the pressure to stay silent. If we stop shaming women for their decisions, there will be no reason to hide.

‘There’s a hostage…we know how this will end’

In this exclusive extract from Jodi’s new novel, a protester with a gun has taken the staff, patients and visitors of an abortion clinic hostage… 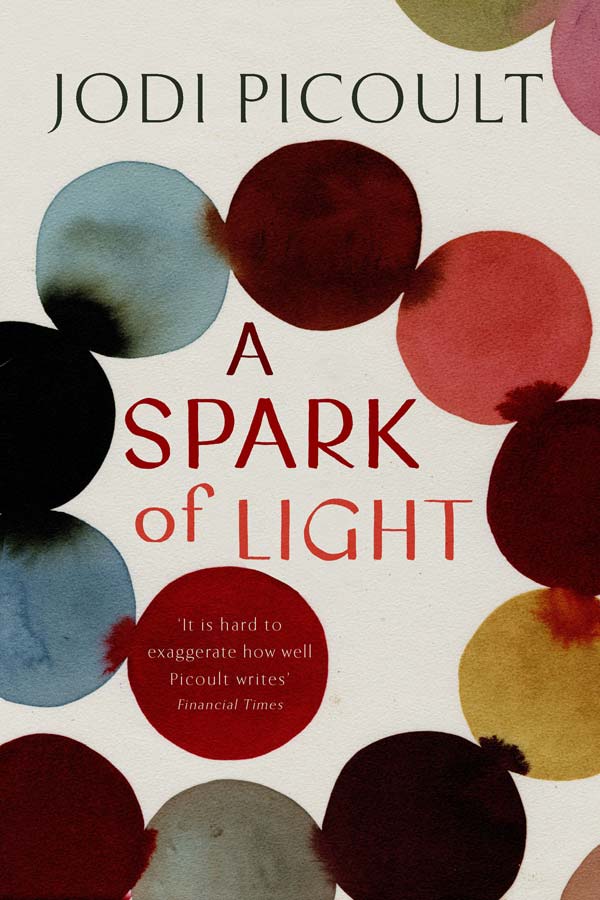 When one of the junior detectives brought the word that his older sister Bex was out of surgery, Hugh winged a silent thank-you to a God he had long ago stopped believing in. The part of his brain that had been worrying about her could go back to focusing on Wren, who was still in there with a murderer.

First the two women had been released. Then the nurse and the injured abortion doctor.
He paced the command centre from where he had made the call to give the shooter a few more minutes, in the hope he would make good on his promise to release all the hostages. The question was, had he made a bad decision? A fatal one, for Wren?

Captain Quandt approached once again, blocking Hugh’s path. ‘OK, I’m done waiting. He released most of them. Now we’re flushing him out.’

‘The hell I can’t. I’m in charge, Lieutenant.’ ‘Only on paper.’ Hugh stepped closer, inches away from him. ‘There’s still a hostage. You go in there and we both know how this will end.’

Quandt met his gaze. ‘We both know you’re too close to this to be thinking clearly.’ Hugh remained immobile, his arms crossed. ‘That’s exactly why I don’t want you blasting through that goddamn door.

The commander narrowed his eyes. ‘I will give him ten more minutes to release your daughter. And then I will do everything in my power to make sure she is safe…but we’re ending this.’

Hugh picked up his phone and dialled the clinic number, the same one he had been using for hours now to speak to the shooter. It rang and rang. Pick up, Hugh thought. He had not heard any gunshots, but that didn’t mean Wren was safe.

After 18 rings he was about to hang up. Then: ‘Daddy?’ Wren said, and he couldn’t help it, his knees just gave out.