When Sarah Greene joined Blue Peter she was its youngest ever presenter. She was warned the show would end her career – instead it made her a household name.

I was 22 when I joined Blue Peter, the youngest presenter they’d had then. My audition was terrifying. I was a trained actress but instead of playing a part, I just had to be me, which I had no idea how to do. That was the greatest gift the show gave me: learning to feel comfortable in my own skin.

Looking at photos of myself from when I started in 1980, and then pictures three years later, the difference in my body language is astounding. With the one of me with Kenneth Williams, I remember genuine belly laughs. Though he was an idol of mine, he could be scary – yet I look completely relaxed. 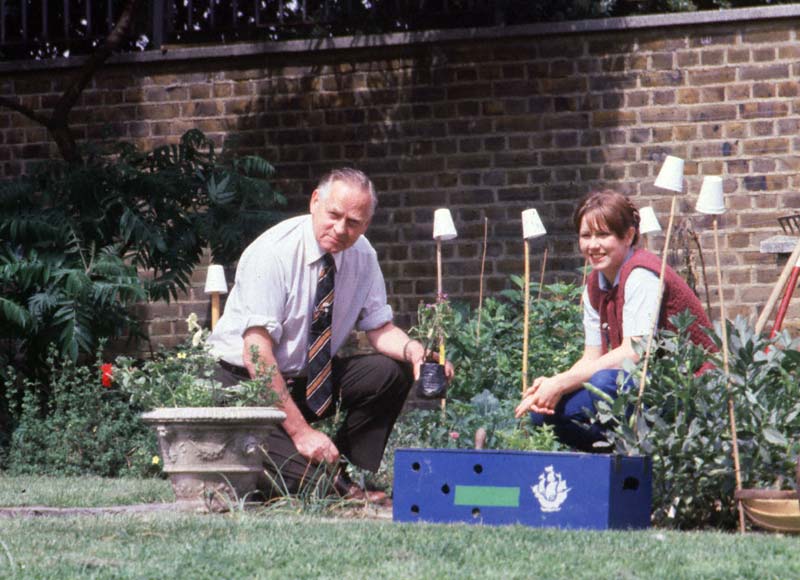 Presenting had never been part of my plan. I was in a BBC Sunday night drama called The Swish of the Curtain and was interviewed on Blue Peter. Unbeknown to me, one of the hosts, Tina Heath, was leaving, so they asked me to audition. My agent said, ‘Do not do this. You will get sucked into presenting and never act again.’ So when I was offered the job, I panicked over whether to take it. My mum [late actress Marjie Lawrence] was working in the West End with Richard Briers, and he said: ‘Darling, do it – it’s regular work.’ That’s the best advice I’ve ever been given.

Most of what’s happened to me in my life is because of Blue Peter. The people I worked with there are still some of my closest friends. I’m having coffee with Janet Ellis next week, and I recently had dinner with Biddy Baxter, the show’s doyenne. Percy Thrower, the king of TV gardening, taught me things that have stayed with me all my life. On my last day on the show, he gave me a bunch of sweet peas – that sent me into floods of tears. My co-hosts Simon Groom and Peter Duncan were like my brothers; we all looked out for each other. And then there was our non-human cast. Morph looks like a simple Plasticine figure but, my goodness, the work that goes into that kind of animation. As for the cats, I think we enjoyed working with them more than they enjoyed being with us – they were always escaping!

I also met my husband [broadcaster Mike Smith, who died in 2014] on Blue Peter, when I was covering the London Marathon. Looking back, the show was like an amazing, extended family. I still get emotional when I think about when I left – it felt like leaving home.

Blue Peter is on Thursdays at 5.30pm on CBBC. It will be celebrating its 60th anniversary with a one-hour special on 16 October at 5pm.

Everything you need to know about upcoming ITV drama Cheat