Raising a family in the bubble of Westminster was a privilege, says former political adviser Fiona Millar – but it wasn’t easy. Though for her daughter Grace Campbell, it was the perfect grounding for a career in stand-up comedy.

When Grace was three, just after New Labour won the election, I found her standing on a chair, throwing her hands around, making a speech. There were always people coming and going in our house, writing Tony Blair’s speeches, so she thought this was a completely normal thing to do. Of course, it’s actually deeply abnormal.

Grace was born weeks before Tony Blair became Labour leader and also just before my father died of lung cancer. It was absolutely the worst time of my life, and I feel very sad that she was born into a family that was convulsed with these events.

I feel guilty that I had this all-encompassing job when Grace was a child because you can’t go back and get that time again. And at times Alastair and I didn’t get on. During the Iraq War, Alastair was for it, I was against it and things at home got really unpleasant. 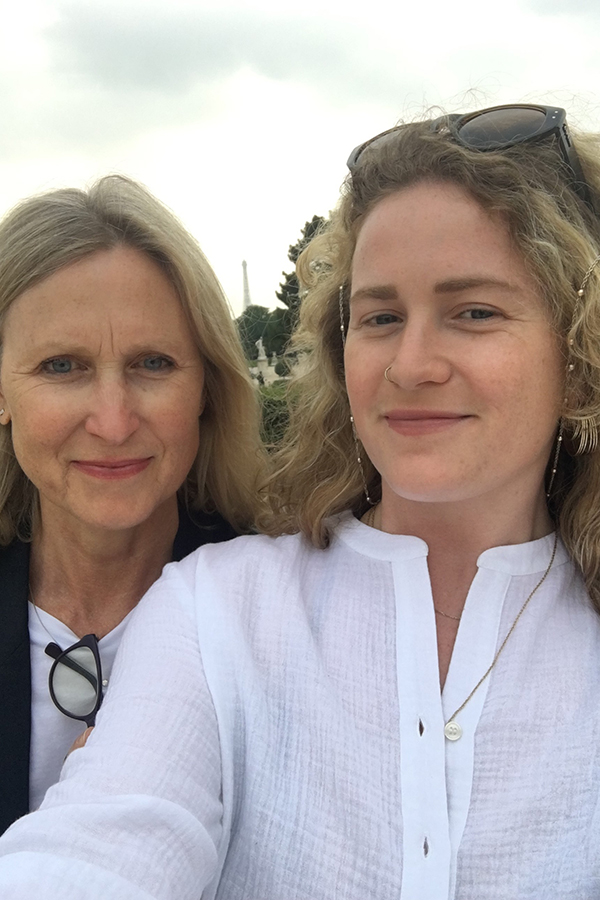 I still feel I wasn’t as good a mother as I should have been. I was exhausted all the time. There was that pull between doing something very exciting and stimulating and being focused on the kids. Children need your full attention but my mind was always in two places at once.

It upset me that Grace and her brothers were judged for what their parents did professionally. The Iraq War began when Grace was nine: people started demonstrating outside our house with placards showing Alastair’s face with blood coming out of his mouth and devil’s horns, calling him a war criminal. I was worried for the children, but they seemed to find it a huge joke. I was stomping around feeling furious but tried to hide it from them.

Grace went to a local school and had good friends who mostly closed ranks around her, so she felt protected. When she was 15 someone tried to sell a photo to the newspapers of her smoking what looked like cannabis. They didn’t print it because she was under age, but I had to have the conversation with her: ‘Of course you want to do exactly what your friends do, but if they do something bad it’s not going to end up in the papers. It could affect the rest of your life.’

Both Alastair and Grace suffer from anxiety and depression and it’s taken me a long time to learn to think, ‘OK, that’s their problem. I will help but I am not going to absorb the blame for it,’ which, with Alastair at least, I did for years. It’s harder with Grace because as a mother you want to take responsibility for your children’s problems and it’s really hard to detach from that.

Grace thinks I was shocked by the drinking and drug-taking in the book she has written, but teenage life wasn’t dissimilar in the 1970s to the way it is now. I was more shocked by some of the things Grace wrote about her relationships with men and at how explicit some young women are today about their lives. As a mother, at times you think, ‘Gosh, do you really want to put all this stuff out there?’

Going to Grace’s stand-up comedy gigs is nerve-racking. I’ve been a couple of times with friends. I look at their expressions and think, ‘Are they enjoying this?’ Then you see so many young women roaring with laughter.

Grace is much more like Alastair than me: incredibly driven and never prepared to back down. He’s a very forceful personality, both at home and in his career, so it’s been very entertaining to see him meet his match. Watching her fight back and stand up to him has been quite empowering for me, as it took me a long time to work out that was the best way to deal with him, though I often still end up being the peacemaker.

I’m so much more reserved than Grace – it shocks me that I have produced somebody who wants to put all her emotions out there. But one thing’s for sure, she’s never boring.

Stand-up comedian and author Grace Campbell, 26, lives in an annexe of her parents’ North London home.

When I was a child, Dad and Mum were both working at 10 Downing Street. Their jobs were incredibly time-consuming and I strongly felt all the focus wasn’t on me. I think that’s where my desire to perform and be the centre of attention came from.

I was always aware of being surrounded by men with huge amounts of power. I was seven when Vladimir Putin visited Downing Street: the men went away into an important room, while Cherie, Mum and I took Putin’s then wife Lyudmila and daughters on the London Eye. Lyudmila asked Cherie where she should buy her girls shoes in London and I shouted, ‘Clarks!’ I don’t think she took up my fashion advice.

Experiences like that, plus the fact I have two elder brothers, Rory, 33, and Callum, 31, meant I always had this desire to be taken as seriously as the boys. It’s given me material for my comedy and a fire in my belly. Last year I had a sellout run with my stand-up show at the Edinburgh Festival and I’m now running a female stand-up night called The Disgraceful Club. 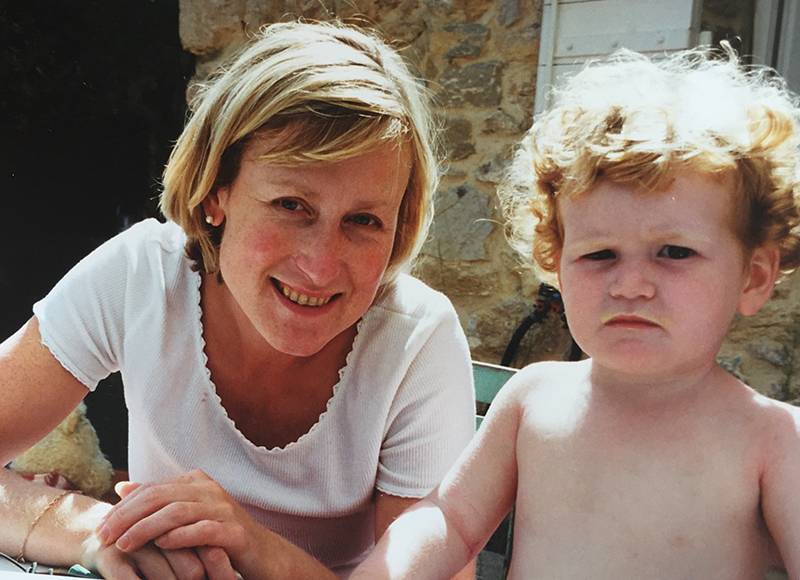 People sometimes accuse me of nepotism, and there’s no doubt that even if I didn’t go to a private school, I’ve benefited from that. When I was 14, Dad took me to see Miley Cyrus at the O2. Boris Johnson, who was the Mayor of London at the time, was there with his daughters and we all got to meet Miley backstage. How can I deny the nepotism that helped that or, even now, has probably helped me get to the position where I’ve written a book?

I was a typical teenage girl: Mum and I used to get into fights, often in shop changing rooms, because I’d blame her for my not being a size eight. I used to be jealous of how gorgeous Mum is, though now I just bask in the reflected glory. She looks 20 years younger than she is because she rarely drinks, she’s vegetarian and swims every day.

I live in the granny flat attached to Mum and Dad’s house in North London and I talk to Mum about 40 times a day to ask what my jeans size is when I’ve forgotten, or to ask for money. It’s only in the past year that I’ve started to become a bit more self-sufficient. Maybe now my career’s gaining momentum I’m becoming less needy and I’ve also grown up a bit. I’ve been in a relationship for a few years, though I don’t live with my partner.

I was writing all the way through lockdown and my book Amazing Disgrace is a sort of feminist manifesto and sort of memoir of my upbringing. Mum was quite surprised by some of it, like how much alcohol my friends and I were drinking in Year Seven at school. Some of my friends are really prudish about what they tell their parents, but I wasn’t worried. I think my parents have got quite used to me being the way I am, so nothing much shocks them any more. They recently came to one of my comedy shows when I was talking about all this crazy sexual stuff, but it didn’t cross my mind to change anything because they were in the audience.

Mum is very calm to be around. When I throw a strop, Dad gets angry and storms off but she deals with things in a really pragmatic way. Dad’s lucky to have found her, she is definitely the yin to his yang. More than anything, I want to impress her and Dad and make them proud of me. I think I’ve done that.

Grace and Fiona in three

Fiona: She has a temper.

Grace: She tells me off for yawning too much.

Your favourite memory of each other?

Fiona: I have so many memories of her as a little girl, arms flung out with a beaming smile. She’s so affectionate.

Grace: On holiday in the South of France when I was about six, there was a funfair ride I really wanted to go on. Mum came on it with me, even though she hates rides, and the filthy seat ruined her white Joseph jeans.

As told to Julia Llewellyn Smith.

The lazy girl’s guide to a pristine pad

Kate wore £24 New Look shoes to visit schools on the...

Marks & Spencer has made pasta a high-protein option