It’s not just our eye colour that’s in our genes, our fashion choices are too, says Laura Craik.

Led by: Carole Middleton and Catherine, Duchess of Cambridge.

How To Spot Them: You don’t have to be  born in Berks to be a Berkshire Belle, but it helps. As does having coltish legs, modest breasts, incredibly dewy English-rose skin and preternaturally glossy, bouncy brown hair that can withstand a level of blow-drying and tonging that would render most women’s tresses as frazzled as Einstein’s. Always smart, always occasion-appropriate and never knowingly overdressed, the Berkshire Belle is a breed For whom fashion is a keen interest, but not an obsession. She wears clothes, but clothes never wear her. Some trends – broderie anglaise, pastels, tailoring – she will add to her repertoire with quiet aplomb. Other trends – sideboob, gothic, any era that isn’t the late 80s – she will judiciously ignore.
Where To Find Them: Manning a stall at the village fête, cheering at the touchline on Saturday mornings at their son’s/grandson’s prep school, taking afternoon tea at Claridge’s – on a Monday.
Shops: Bicester Village (sssh!), LK Bennett for shoes, Hobbs for coats, Boden for breton tops, Mulberry for handbags, Joules for casual weekend attire and Alexander McQueen for black-tie occasions.
Most Likely To Say: ‘You can never have too many nude heels.’
Least Likely To Say: ‘I’m so thrilled that ugly trainers are back again this season.’

The ‘We’re Too Sexy For Our Shirts’

How To Spot Them: Via their shirts. Which they always wear too sexily. Though not in a Right Said Fred way. The WTSFOS clan prefers a silky shirt, ideally worn tucked into a pencil skirt and undone by one button too many, enabling just a flash of bra to be glimpsed. Their jewellery is discreet – a crucifix, a gossamer-thin bracelet, diamond studs – and so, too, is their make-up, bar their eyes, which are always underlined in kohl, even at 9am. Paris is their stomping ground: the city spawns WTSFOSs at an indecent rate, each one possessed of an innately languorous confidence that makes all those in close proximity feel overdressed/ underdressed/just generally rubbish. How do they pull off unbrushed hair? How can they walk that far in three-inch stilettos? Why isn’t there even a smattering of dandruff on the shoulders of their black velvet Saint Laurent jackets? C’est un mystère.
Where To Find Them: Drinking espresso at pavement cafés, studiously avoiding carbs.
Shops: Saint Laurent for leather, Tom Ford for evening, The Kooples for blazers, Uniqlo (for whom Carine Roitfeld designed a collection) for trousers, Equipment for shirts, Muji for T-shirts, Wolford for fishnets, Topshop for jeans.
Most Likely To Say: ‘Does it come in black?’
Least Likely To Say: ‘I’ll have a venti mocha frappuccino with extra cream.

How To Spot Them: Beehive hair, red lips, stack heels and wearing the maxi dress of your dreams, Second-Hand Rose doesn’t do status handbags, preferring a 1950s beaded velvet clutch. Nor does she do designer clothes, unless they’re vintage Mary Quant, Biba or Ossie Clark. Coat trends are anathema to her as she’s spent every winter since 1972 in a faux-fur Afghan that – rumour has it – once belonged to Marianne Faithfull.
Where To Find Them: Trawling charity shops, walking their rescue dog, watching an obscure indie band your kids will tell you about in six months’ time.
Shops: The RealReal, Mary’s Living And Giving, Ghost (only because all the dresses look vintage).
Most Likely To Say: ‘The sweat patches don’t bother me – they’re all part of the story.’
Least Likely To Say: ‘Just nipping to Primark for some socks.’

How To Spot Them: Named in honour of Goldie Hawn’s seminal 2006 book A Lotus Grows in the Mud, a Lotus Flower is characterised by her sunkissed skin, beachy hair (arrived at without recourse to salt spray because she’s just swum in the real-life sea), discreet piercings and enduring love of boho. The definition of ‘understated’, she rarely wears heels, preferring thong sandals or flip-flops. Her daywear is diaphanous: a cotton shirt, a chiffon dress, a bejewelled kaftan. But where most of us might look frumpy in shapeless chiffon, the Lotus Flower always looks sexy. Maybe it’s the cleavage, on display 24/7 because breasts are natural. The Lotus Flower is always smiling. As a clean-living, healthy-eating, sun-loving zen worshipper, she has a lot to smile about.
Where To Find Them: Surfing, at poetry workshops, shopping for nuts, pulses and tequila in Whole Foods Market, marching at feminist rallies.
Shops: At Monsoon for kaftans, Anthropologie for prairie dresses, Bodas for bras (never underwired), Toast for linen, Chloé for party dresses.
Most Likely To Say: ‘Donald Trump has got all my chakras out of whack.’
Least Likely To Say: ‘You can never have too many pairs of black trousers.’

How To Spot Them: By their beatific vibes. Thanks more to good genes than good surgery, the Peppy Preppies are ageless, their style barely having changed from their 20s. Aged 14, they decided what suited them and stuck to it, eschewing faddy trends for timeless style. Blazers are their god. Also: blue shirts, cable-knit cashmere, white plimsolls and well-cut jeans. They manage to wear a shirt tucked into jeans on one side with its tails deftly overhanging on the other, without looking lumpen and wrong. Other dubious things the PP can get away with: frosted pink lipstick, knotting a jumper over their shoulders à la Princess Di, doing nautical chic without looking like a deckhand.
Where To Find Them: On a yoga mat, at a pilates class, in the vegan aisle, watching arthouse films, at the hairdresser having discreet blonde, organic dye highlights.
Shops: At Goop, obvs (Gwyneth’s website is their virtual spiritual home), Gap for denim, Calvin Klein for underwear, Stella McCartney for tailoring, The White Company for night attire, Church’s for loafers.
Most Likely To Say: ‘I love being. There’s so much wisdom in it. You wake up and think, “Hey, isn’t it great just being?”’
Least Likely To Say: ‘I’ll have a pint and a whisky chaser.’ 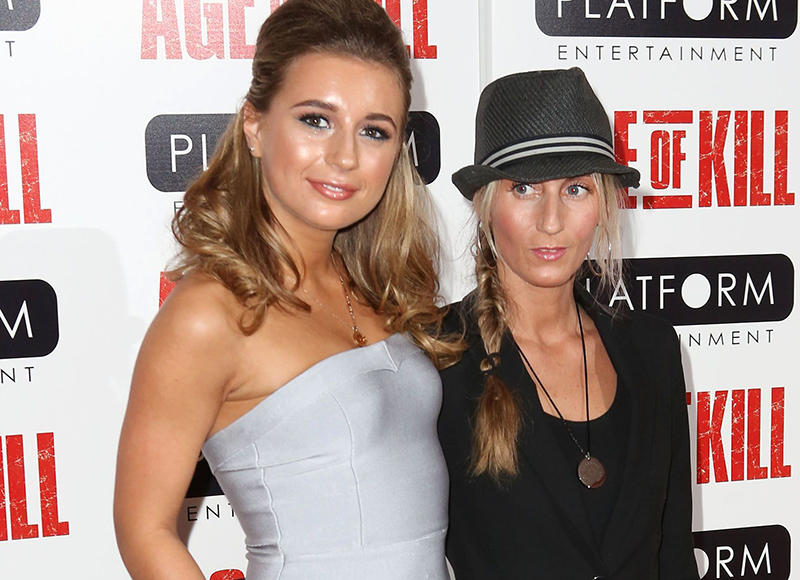 How To Spot Them: Easy: they’re the colour of a rich tea biscuit – whatever the weather. They also have a penchant for wearing plaits well into middle age, numerous piercings, love of slogan T-shirts/ripped jeans/raffia wedges/novelty iPhone cases/anything rose gold, excessive use of bling, handbags festooned with pompom keyrings and lucky charms, push-up bras, blue-white teeth, contoured cheekbones. Rich Teas always travel with a gaggle of BFFs who dress just like them, laughing like drains and gesticulating excessively because that’s just what Rich Teas do – restraint is for other people, and they wear their hearts on their sleeves.
Where To Find Them Down: The Owl, having a spray tan and eyelash extensions at Curl Up & Dye, volunteering at their local care home, on a flight to Florida.
Shops: Missguided, PrettyLittleThing, Nasty Gal.
Most Likely To Say: ‘Can I borrow your glitter?’
Least Likely To Say: ‘Just a small glass – I have to be home at nine.’

What You magazine’s fashion team are buying now for autumn

The winter sales have already started – these are the wardrobe...

The new H&M Spring Statements collection is as vibrant as it...

YES YOU CAN: Work a spring jacket

11 statement headbands to finish off your summer outfit

The Jigsaw sale has landed with huge discounts of up to...