Whether you use it on your breakfast croissants or to baste the turkey, butter is a crucial ingredient in your festive feasting. And there’s nowhere better to buy your festive block than Morrisons.

Why, you ask? Because to celebrate the season in style, the supermarket is selling adorable Santa and snowman shaped butters that will be the star of the show on any Christmas table.

The salted butter sculptures have been building quite the online reputation for the last few years, with more and more shoppers sharing their discovery in store each December, and now the brand has confirmed that they’ll be back for 2019.

Phil Wall, the man with our new dream job title of Morrisons Butter Buyer (who knew?!), commented on the 2019 return of the cult foodie buy: ‘We love that our Santa and snowmen butters are so popular with customers looking for a little fun at Christmas. Here’s to another year of them taking centre stage on our festive breakfast tables.’

Santa Butter in @Morrisons
Obviously I bought some ?????? pic.twitter.com/8mcKGHveS2

This is butter
This is Santa ??
This is Christmas made ?@Morrisons have excelled themselves ? pic.twitter.com/j7DgsoHOzh

I’d be lying if I said I didn’t buy a snowman of butter today at @Morrisons ☃️ pic.twitter.com/O2zZhCTuqu

Just when I thought my Christmas celebrations were sorted @Morrisons reminds me I don’t yet have a Butter Santa! #Essentials pic.twitter.com/zeCJ9ngjqR

Priced at just £1 for 100g, the Santa or snowman would even make a cute and thoughtful gift to take along if you’re a guest rather than a hostess this December – they can sit them on their cheeseboard or platter, or pass them around to top the dinner rolls, earning plenty of compliments in the process.

Each snowman and Santa is made of salted butter – the most popular choice of spread for most households unless a recipe specifies otherwise – and contains approximately 20 servings, which should be than enough to serve a crowd. 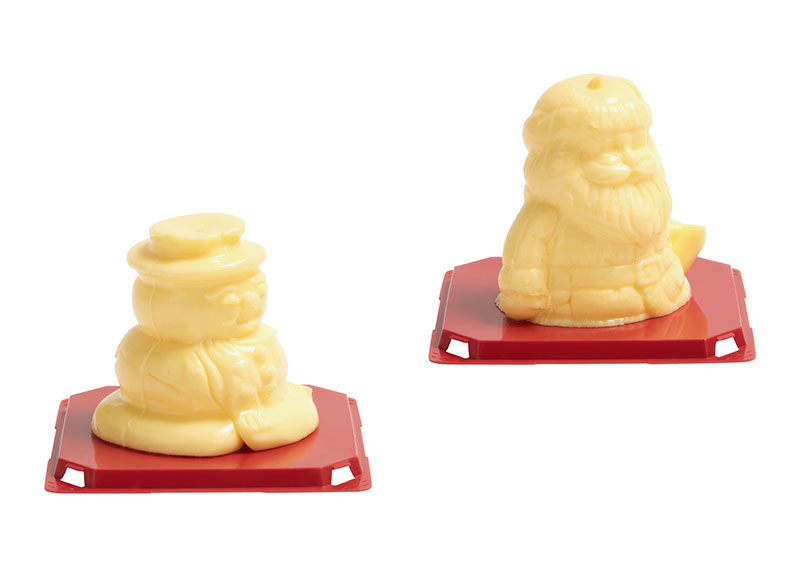 They will be available in the majority of Morrisons stores, but you’ll have to be quick, as stocks are limited, and once they’re gone, they’re gone.

The characters will start appearing on shelves tomorrow (Wednesday 4 December), so if you spot them in your local store, add one to your trolley while you still can!