Most people have their go-to classic biscuit they always reach for at teatime. Whether you’re a Custard Cream fan or a Nice biscuit lover, there’s something seriously comforting about the nation’s most popular biccies. Although, sometimes it’s hard to choose between all of the options, especially when it seems like a new biscuit is launched every other week.

Well, now Morrisons has combined two of the most iconic biscuits to create a brand new treat. The supermarket has released new Bourbon Creams, which include the classic Bourbon biscuit but with a custard cream filling.

The best thing about these new Bourbon Creams is that you can pick up a whole pack for just 40p. So give them a try and if you don’t like them, you can rest assured you haven’t wasted a load of money. 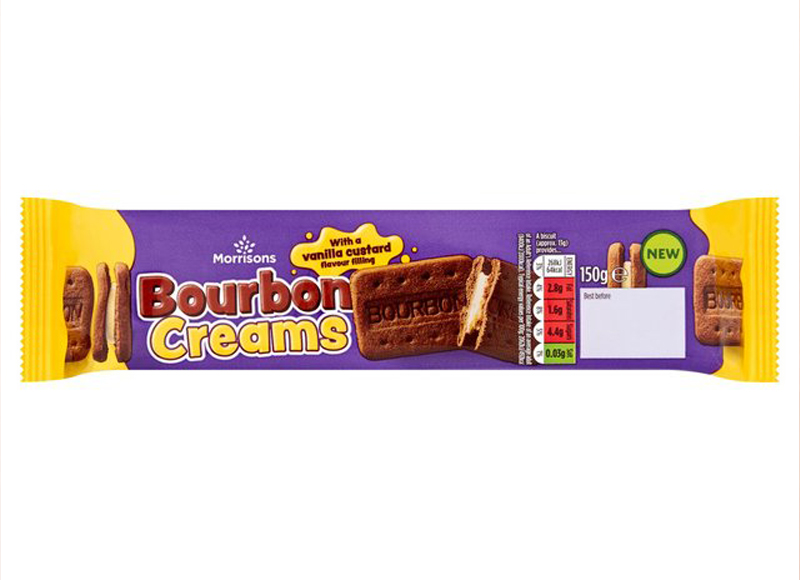 The biscuits are currently out of stock on the Morrisons website, but they are available in stores.

‘They’re rather nice!,’ they started in their caption. ‘There’s the cocoa flavour of a bourbon, balanced out by the mellow vanilla custard like sweet filling. It’s not the same rich chocolatey experience as a normal bourbon, just different.

‘Overall I rather enjoyed these. I probably wouldn’t get them again though, because I just prefer bourbon and custard creams to be one way or the other. But it’s a fun mash up!’

They gave the Bourbon Creams a solid rating of 7.5 out of 10.

There were mixed feelings from foodie fans in the comments. Some were astounded by the combination, writing how their minds were blown and that they were keen to try them.

Others weren’t so sure the combo was necessary or would be nice, commenting: ‘How could they do this to the humble custard cream?!’

‘This is what my nightmares are made of,’ another person said.

Which side are you on? Either way, we think these are well worth a try!