And for Gemma Bird (aka social-media star Money Mum), it’s all down to hard work and thriftiness, as she’s never had a big-earning job. She reveals how anyone can save as much as she has – and shares her tips for getting started INTERVIEW: HANNA WOODSIDE PHOTOGRAPHS: SARAH BRICK

To her 230,000 Instagram followers 40-year-old Gemma Bird from Essex is Money Mum, an oracle of money-saving tips, preaching the power of scrimping and saving. Dubbed the Mrs Hinch of money, and every bit as glamorous, mum-of-two Gemma has turned her obsession with saving into her personal brand, sharing discounts, deals and bargains with her budget-conscious followers. A far cry from your average financial adviser, she’s struck a chord with her down-to-earth advice and philosophy that being thrifty doesn’t make you a killjoy. Her goal? Make saving cool. 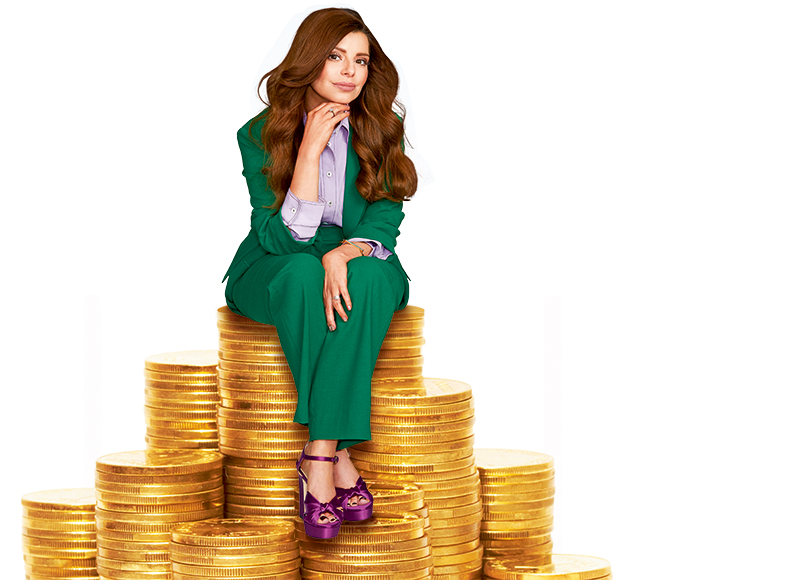 Gemma’s own financial journey is proof that small savings lead to big gains. Thanks to years of frugal living and disciplined saving she’s achieved the holy grail of life goals: living mortgage-free, despite having never earned more than £25,000 a year (more on exactly how she managed that later). Now she’s sharing her wisdom in her first book, Money Mum: Save Yourself Happy.

‘I live and breathe saving. I’ve been like that from a really young age,’ laughs Gemma, who credits her parents – her dad was a bus driver and her mum looked after the family full-time – for her thrifty mindset. ‘Mum and Dad didn’t have much money when we were growing up and they taught me the importance of budgeting and saving.’ At 13, Gemma got her first job delivering newspapers, then at 14 she worked as a mushroom picker for an hour each morning before school. Leaving school aged 16 in 1997, she worked in a local medical centre, earning £1,000 a month; she put £800 of it into a savings account and gave herself £50 to spend each week. On nights out she’d stick to lime and sodas to save cash. ‘All my friends were spending their money as fast as they could get hold of it but I was determined to save up for a house deposit,’ says Gemma.

It paid off. By 23 she and her then partner had saved enough for a £25,000 deposit on a two-bedroom house. Gemma continued saving the majority of her income, living to a strict budget and renting out their spare room to a student for £400 a month. Three years later, she had £10,000 tucked away, and used it to buy two rental properties with her dad (‘that’s back when it was easy to get a buy-to-let mortgage’).

Things didn’t work out with her first husband and when they split Gemma walked away with £66,000 from the sale of their home. Moving back in with her parents, she worked two jobs– estate agent and driving instructor– and saved £30,000 in 18 months. ‘I didn’t drink alcohol. I didn’t go on holiday. I didn’t buy takeaway coffee. Four days a week I would have no-spend days.’ When she and her dad sold the rental properties, she made an additional £130,000.

It meant that when she met her new husband Adam, in 2010, she could pay off the £225,000 left on the mortgage of his four-bedroom house in Essex, where they now live with their nine-year-old son Brody and two-year-old daughter Bronte. ‘I’ve never earned hundreds of thousands of pounds; I’ve just stuck to small, steady steps so I could have the big things I want. People think it’s just a fiver here and there but it adds up,’ says Gemma, who now runs a bridal lingerie brand with a friend. ‘There’s no instant fix. You have to think like the tortoise, not the hare. The great thing about making small changes is that you don’t need to be rich or have a high salary to start making real savings and seeing results.’

In December 2019, Gemma started her Money Mum Instagram account, sharing her money-saving mantra and posting deals and freebies she’s found: discounted train fares, vouchers for family days out, meal deals at chain restaurants, even free dishwasher tablets. In one of her most popular posts she shared her ‘rounding up’ technique for daily saving: every evening check your bank balance, and whatever the last figure is, you transfer it to your savings account. If there’s £208 in your current account, transfer £8 into your savings account. If the next day there’s £54 in the current account, put £4 into your savings, and so on. ‘Loads of people have messaged me to say they’ve started doing it,’ says Gemma. ‘A teenage girl told me she’d managed to save £500 towards her first car and now is saving extra because she’s got the buzz. That makes me really happy.’ 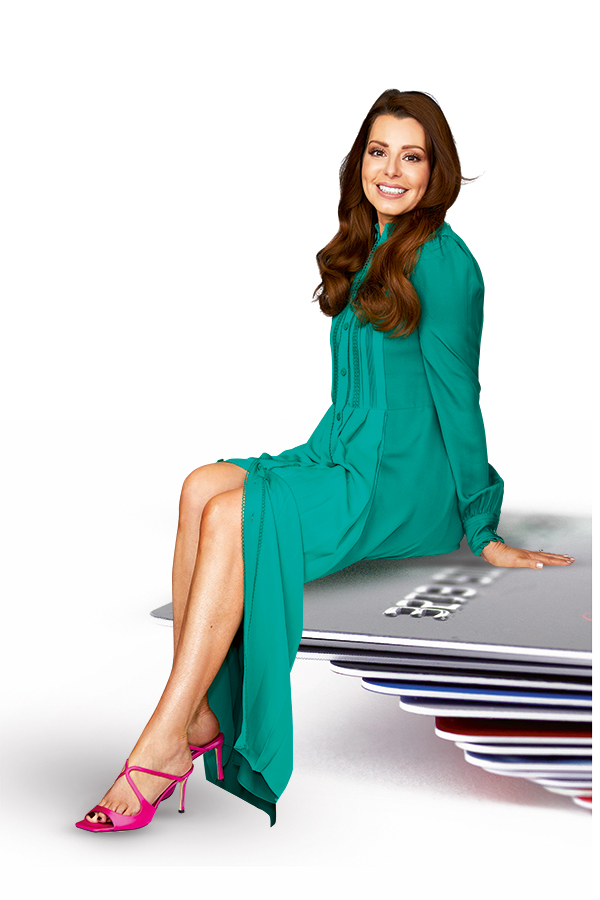 Now with nearly 230,000 followers on Instagram, and more than 34,000 on TikTok, Gemma has become something of a money-saving icon. ‘I didn’t expect it to get as big as it has,’ she says. When the pandemic hit, her follower count soared. ‘People were worried about losing their jobs. Businesses were folding. Couples were breaking up.’ Saving money suddenly became a very pressing issue for many people. ‘There shouldn’t be so much shame and secrecy about being a bit strapped for cash,’ she says. And with Money Mum, she’s created a space where being thrifty is celebrated. ‘It’s a community. People message me with money tips too; they’ll tell me they’ve seen some pyjamas on sale in Tesco,’ she says. ‘It’s trying to work together: let’s brag about the deals we find and share them.’

During the first lockdown she also launched #gemmasnospendday which encouraged her followers to pick one day a week where they tried not to spend a single penny. Gemma has also used her platform to talk about her chronic anxiety, which she takes medication to manage. ‘I’m a horrific worrier. I do think that maybe I’m good at saving money because of the anxiety: it’s something that I can control. Sometimes I wish I had an “I don’t care” attitude about life but then maybe I wouldn’t have taken care of my money, or I might be in debt.’

Even though she is more financially secure than ever– in addition to the lingerie brand and book deal, there are paid partnerships with brands on her social media – she hasn’t changed her lifestyle. ‘I haven’t bought anything crazy. I’d be a hypocrite if I did. Of course I love to dress up but it’s not the be-all and end-all to wear a Gucci dress. I can just go to H&M or Zara. I only buy clothes when I really need them.’ Her home is decorated with budget pieces from The Range and Homesense. ‘I sprayed an old lamp with a £5 can of paint and got a lampshade off Ebay for £13. Boom! I have a new lamp instead of spending £150 buying one,’ she adds. But Gemma doesn’t think she goes without. ‘I just don’t feel I need to go out every day and buy something extravagant. It’s about being mindful, and sacrificing some of the smaller things so you can get the big things you want.’

Gemma is now trying to pass on her money-saving mindset to her son. ‘He’s asking for the new iPhone 13 for his birthday because someone in his class has got one. No way! I think it’s good to say no to your children. As an adult you can’t go to your boss and say, “I really want a Ferrari and it’s my birthday, so can I have £100,000?” So why should you be able to do that with your parents?

‘I want Brody to understand that things cost money. We are educating him. The earlier you start the better. I get so frustrated when I see young people spending hundreds of pounds on trainers. I’m like, “No, put that money in the bank!”

Gemma wholeheartedly believes that anyone can learn to be a saver. Having saved her way to the life she’s always wanted to live, she hopes her book will inspire others to do the same. ‘I want to empower women and girls to take responsibility for their own financial futures. To have those difficult conversations and do the uncomfortable maths, because, believe me, one day you will be so glad you did.’ 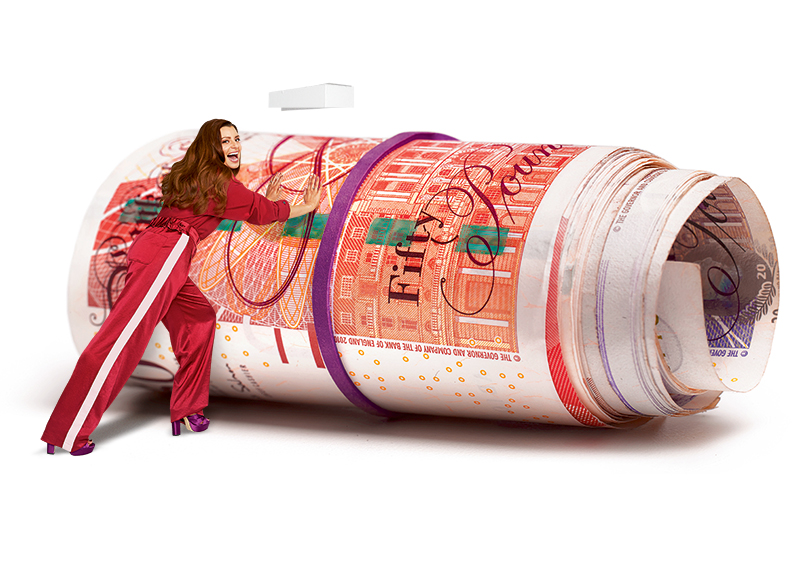 Do you know how many subscriptions you have? Not just gym membership or your TV package, but that music-streaming service, the beauty-buying club and all those meditation and fitness apps.

Look at all your subscriptions right now. I’ll bet you find a few you’d forgotten about: cancel them! You can sign up again if you find you’re missing them. But I have a hunch you won’t.

Install Honey on your browser

For online shopping, Honey is a fab little browser extension that sits on your search bar and automatically finds all the online discount codes when you check out. It also lets you earn points and gives you vouchers. I always use it when I buy anything online. For instructions on how to install and use it, visit joinhoney.com.

Just by thinking that bit smarter about your weekly shop, you can shave pounds off your total. Plan your meals and write a shopping list for what you need. Don’t buy anything that isn’t on the list and you won’t be wasting anything. And look at the price per 100g, not the item price. You’ll notice how much more expensive some things are, but the way they are priced often makes it hard to tell

If you have young children, instead of buying even more Barbies and Hot Wheels cars, keep a few of their toys hidden away. Then every few days get them out and hide some of the ones that have been in circulation for a while. Children don’t care about the packaging or if something is from a particular shop – they just like the novelty of having a ‘new’ toy to play with for a while. 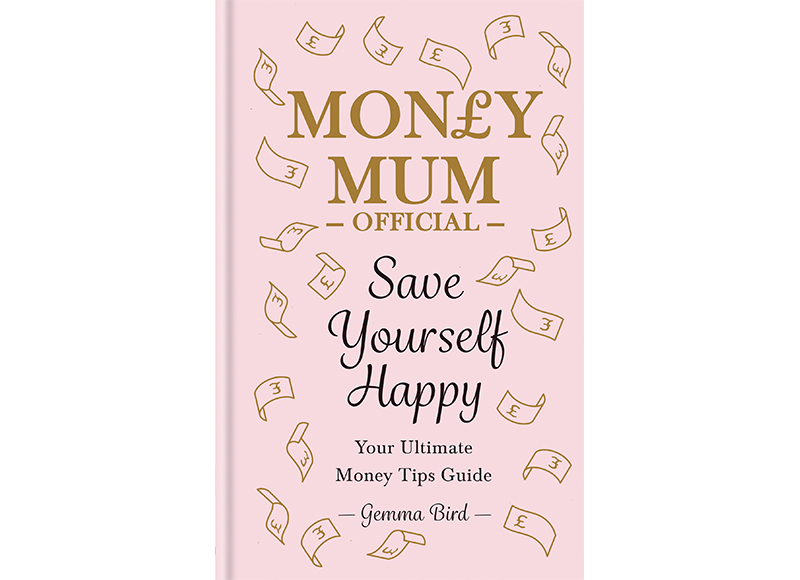 Follow Gemma on instagram.com/moneymumofficial. Her book Money Mum: Save Yourself Happy is published by Octopus, price £12.99*