Even now she’s stepped away from the royal spotlight, Meghan Markle’s public appearance wardrobe gives us serious fashion inspiration. And as the warmer weather returns, there’s never been a better time to take tips from her previous summer edits – like the outfit she wore to the polo in 2018.

Shortly after her wedding to Prince Harry in May of the same year, Meghan stepped out to support her new husband at the Sentebale ISPS Handa Polo Cup at the Royal County of Berkshire Polo Club, in an effortlessly chic look that fans rushed to replicate.

The bulk of the outfit was designer – the navy blue wrap dress is by Herrera, while her nude pumps are Aquazzura, a straw clutch bag and those oversized cat-eye sunglasses made by Tom Ford. But the star of the show was undoubtedly her elegant raffia clutch bag, which was a high-street find from American brand J.Crew.

Predictably, the £88 piece sold out in a matter of minutes when it was spotted in the arms of the Duchess of Sussex, and J.Crew has since restocked and reinvented it to capitalise on this popularity. But now there’s a new, even more affordable way to get the look, thanks to online retailer Very. 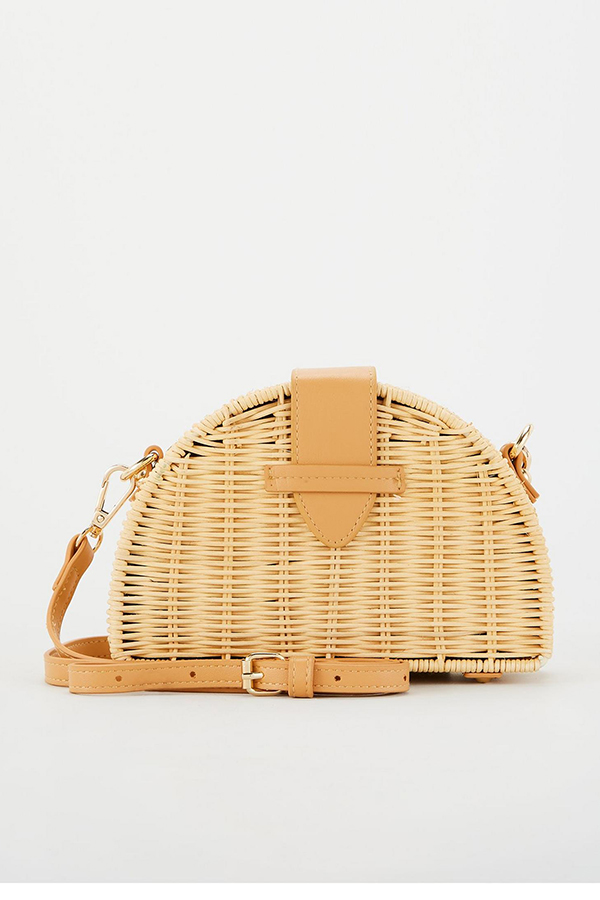 As part of a huge summer sale, a bag that bears a striking resemblance to Meghan’s original is up for grabs for just £14, with the same straw structure, half-moon shape and nude leather. Of course, the two aren’t completely identical, but the likeness is clear to see – and the Very version also boasts a removable strap which makes it all the easier to slip on over a sundress and go about your day hands free. 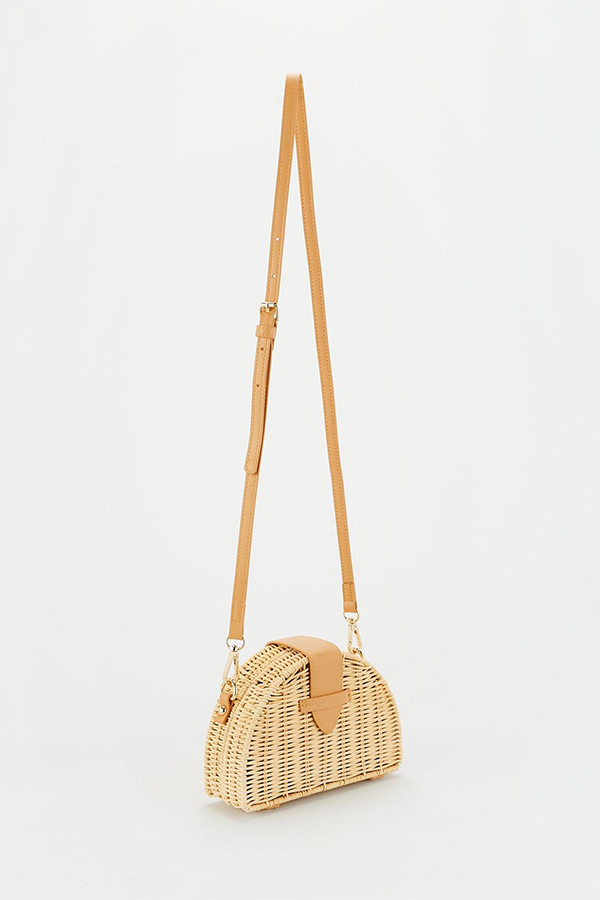 Whether you layer it over your favourite maxi dress, use it to add a neutral finish to a pop of sunny yellow or go for a smarter style with comfy trousers for your daily stroll, it’s a wear-anywhere investment you won’t regret. If you’re tempted to place an order, we’d suggest you move quickly, as Meghan’s followers aren’t likely to let a bargain like this stick around for long…

The Chic List: I’m ready to reveal my back story

Out of Africa and on to the high street

You can buy the top-to-toe M&S outfit that Holly Willoughby just...

You can now rent bridesmaid dresses thanks to By Rotation and...

Johnnie Boden: How my feminine side has made me a fortune

The Duchess of Cambridge’s high street jeans are now available in...

YES YOU CAN: Sale-shop for a style classic