As the world eagerly awaits the arrival of Prince Harry and Meghan Markle’s first baby, royal watchers have been scouring articles past and present for any hint of what kind of parents the royal couple might be.

And now, one particular interview has surfaced from the archives in which Meghan makes a touching revelation about the gift she bought for herself in the past that she intends to hand down to her future children.

In 2015, when she was still the star of US hit show Suits, Meghan revealed that she’s treated herself to a covetable fashion classic to mark the moment the series was renewed for a third time: a Cartier Tank Française watch, which typically has a starting price tag of around £5,000.

‘I’ve always coveted the Cartier French Tank watch,’ Meghan told HELLO! magazine at the time. ‘When I found out Suits had been picked up for our third season – which, at the time, felt like such a milestone – I totally splurged and bought the two-tone version’.

‘I had it engraved on the back, ‘To M.M. From M.M.’ and I plan to give it to my daughter one day,’ she continued. ‘That’s what makes pieces special, the connection you have to them.’

Of course, since joining the royal family, Meghan’s jewellery collection will certainly have expanded – but it’s possible that she might still have saved her celebratory purchase for if she welcomes a girl.

Even the engraving might remain accurate if the couple choose an ‘M’ name for their child. Although Meghan and Harry generally go by the Duke and Duchess of Sussex, and may choose to use this as Prince William and Kate’s children do, often going by Cambridge, their child’s official surname will technically be Mounbatten-Windsor.

Bookies are favouring Diana and Elizabeth as front runners for the moniker if the couple has a daughter, but there’s also talk of other traditional royal names like Mary and Margaret – both of which would end up replicating the M.M. initials Meghan had added to her luxury piece. 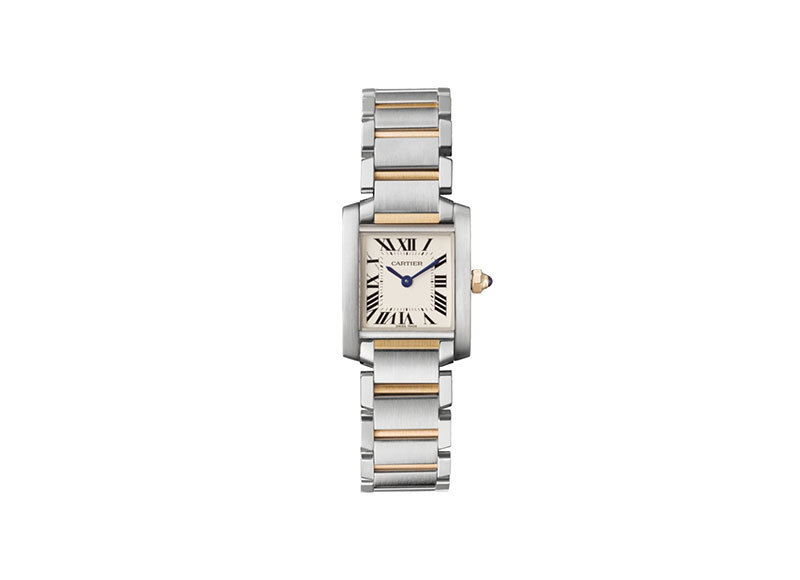 Either way, experts say the watch is unlikely to be the only lavish gift bestowed on the newborn. Speaking to Marie Claire last week, gemologist Grant Mobley said Queen Elizabeth II is likely to pass on the Botswana Flower brooch – featuring 11 pear shaped diamonds set in yellow gold – from her own selection to the newborn.

‘Botswana has significant meaning to Meghan and Harry – after traveling to the country together in the early days of their relationship, Harry later chose a diamond from Botswana as the feature stone in Meghan’s engagement ring,’ he noted.

Myleene Klass on raising strong daughters and the man who healed...

‘I didn’t even realise I’d been harassed’ Emily Mortimer on questioning...

EMOTIONAL TIES: Anthea Turner on the little things that mean the...