Did you spot Mary Berry sitting in pride of place in the audience at the Strictly Come Dancing final this weekend? As presenters Claudia Winkleman and Tess Daly arrived on the stage for the last show of the series, the camera cut to the audience, where Mary was seen clapping them through their entrance, sending fans into a frenzy with her surprise appearance.

The former Great British Bake Off host had nailed dressing for the occasion, in a pretty white broderie anglaise blouse with a high-necked collar. And if you’re a regular reader of a certain Sunday supplement, you might have noticed that the look was somewhat familiar.

Cast your minds back to September, when Mary was on the cover of YOU’s fashion issue. Yes, that’s the very same blouse she wore on our shoot, where she was styled by fashion director Shelley Vella.

After some initial hesitation about the piece, Mary fell so in love with the blouse that our interviewer suspected ‘she’s now tempted to run off with it’. ‘Isn’t it marvellous? So pretty, but most importantly it fits me so well!’ Mary herself exclaimed at the time.

Now it seems that the star loved it so much she’s added it to her regular wardrobe rotation – and if you want to do the same, you’ll be pleased to hear that the shirt is still available on the Kate Spade website. And even better, it’s now in the sale.

The Lace Cris Top, which was originally priced at £350, has been reduced to £209, and is still in stock in selected sizes. 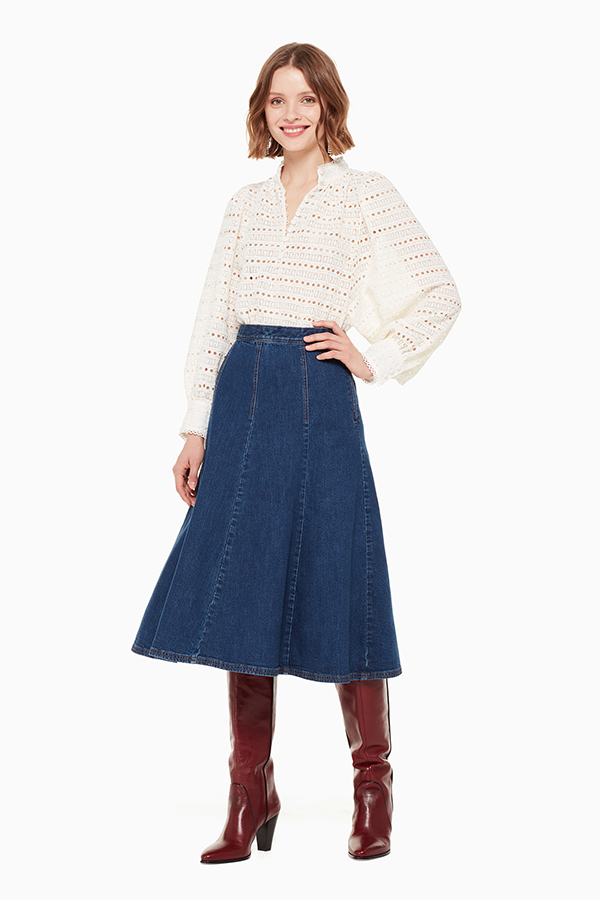 Describing her sense of personal style during the interview, 83-year-old Mary declared: ‘I think most people my age go for something rather boring and safe, whereas I go for lively and safe!’

‘‘I do dress for myself, not to please a viewer or a reader,’ she added. ‘But people know what I like, they’ve got to know my style and if I were to wear something out of the ordinary? Well, they would just know it wasn’t me, and I wouldn’t feel genuine.’

The moguls, models and eccentric editors that made Vogue a success

5 brands taking steps in the green direction this World Earth...

YES YOU CAN: Wear strappy sandals with anything

Victoria Beckham and the Spice Girls team up to celebrate Pride...

The Chic List: ‘The secret to a happy wardrobe’

The new Ganni ‘Let’s Go Outside’ collection is here and prices...