Lorraine Kelly is known for bringing amazing high-street looks to our screens on a daily basis. In recent months, the ITV presenter has brought us the best of stores like Warehouse, Marks and Spencer and Oasis with her style choices, and her latest Zara dress is another winner.

The polka dot dress, which costs just £39.99, features a fun print, contrasting collar and cuffs and a button-up front – but it’s not just the cute design and flattering cut of the frock that’s got everyone talking this time.

The particularly eagle-eyed amongst you may notice that the outfit bears a striking resemblance to the one worn by Kate, the Duchess of Cambridge, in Prince Charles’ 70th birthday pictures, which were released to the public earlier this month.

Kate’s dress, however, was made by designer Alessandra Rich, with a slightly eye-watering price tag of £1,750, so Lorraine’s dupe is the perfect way to get the regal look on a budget. At the time of writing, it’s still available on the Zara website in sizes XS-L – although we don’t imagine it will stick around for long… 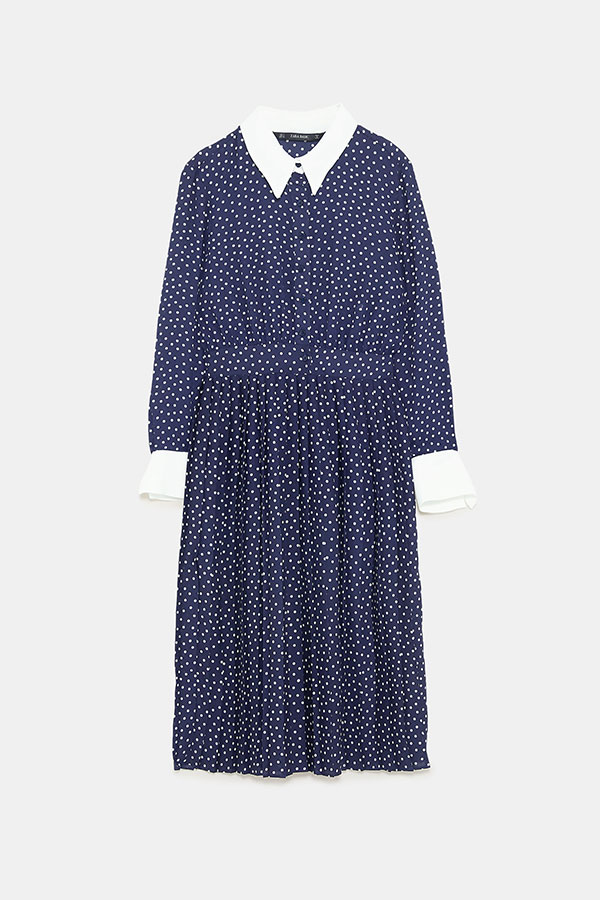 For true royal fans, the story doesn’t end there – there’s a third dress in the mix that you need to know about. It’s thought that Kate, who is seen posing proudly with her extended family in the snap while cuddling adorable Prince Louis, chose the piece as a nod to an absent member of the group: Princess Diana.

The Princess of Wales was pictured wearing an almost exact match of the polka dot dress back in 1985, leading many to suggest that Kate chose the the garment as a homage to the mother-in-law she never met. And while Kensington Palace is never likely to confirm or deny the theory, it’s a lovely tribute if true.

15 of the best Breton tops to see you through spring...

The internet is loving the shoes Emma Thompson wore to collect...

ASOS have released a new range for fuller busts

An insider has revealed the secret to bagging the best Zara...

This simple backpack just racked up a waiting list of 9,000...

Christine Lampard’s Zara jumpsuit is set to be a sellout