Sometimes you find that the best beauty products aren’t brand new – it’s just that they’re still waiting for you to discover them. And that might just be the case for you if you’ve yet to pick up a tube of L’Oreal Paradise mascara, which made its debut on shelves back in 2017.

Since its launch, the volumising formula has become so popular that it’s recently been reported by Grazia that one sells in the UK every single minute. And in the US? It’s even quicker, with a mascara leaving stores every 5 seconds.

So what’s so special about this particular wand? Well, much of the benefit seems to lie in the inclusion of caster oil, which nourishes your lashes and makes them stronger and healthier with each wear – and that’s before you even touch on the rich black colour, soft, easy-to-use spoolie, and impressive lengthening effect.

It’s also super versatile – one layer will give you a fluttery, fanned-out finish that’s ideal for everyday wear, but with an extra swipe or two in the evening, you can turn up the volume for instant added drama.

On the Boots website alone, L’Oreal Paradise mascara has amassed hundreds of five-star reviews, with many saying it has quickly become their holy-grail purchase.

‘This mascara works wonders, it give me so much volume and in such little time, only a couple of sweeps and my lashes are full and full of volume,’ one fan of the product posted. ‘The wand makes it so easy to apply and it lasts all day. Perfect.’ 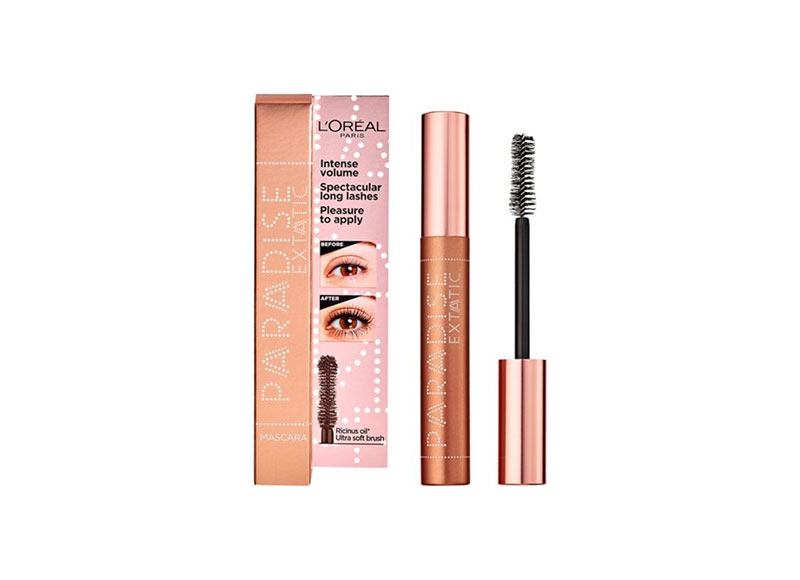 ‘I will never use anything else,’ another said. ‘It doubles my eyelashes and makes them look fuller. Also, it lasts forever and it doesn’t clump. Perfectly balanced texture, not too heavy or too light.’