Both Jane Fonda and Dame Helen Mirren have declared you ‘have to be brave’ about it. What are they talking about? Aging, of course. ‘When people say “getting old is not for pussies” there’s a certain amount of truth to that,’ Mirren, aged 72, has said.

And according to some L’Oreal Paris research 70% of women over 55 say they feel invisible in society, 87% say they are unrepresented in advertising, and 70% also feel invisible to the beauty industry.

In response, L’Oreal Paris has announced that it has created its very own Golden Squad, a group of women ‘celebrated for their esteemed careers in film and entertainment coming together to deliver a strong message to women over 50: “Bolder than Ever!”,’ says Adrien Koskas, Managing Director for L’Oreal Paris UKI consumer products division.

The group includes Fonda (age 80) and Mirren as well as Isabelle Adjani (63), German actress Iris Berben (67), Julianne Moore (57) and singer and actress Vanessa Williams who at 55 is the youngest member of the squad. ‘I applaud L’Oréal Paris for embracing the fact that women want to look as good as they can at whatever age that they are,’ enthuses Mirren.

Of course, this isn’t simply a sociological experiment. The Golden Squad will represent the L’Oreal Paris Age Perfect range of products which encompasses skincare, makeup and hair care – we love the BB Crème de Teint Glow & Comfort for a bit of a complexion boost (£10.99) and Rosy Glow Mask for a good dose of hydration for the face. 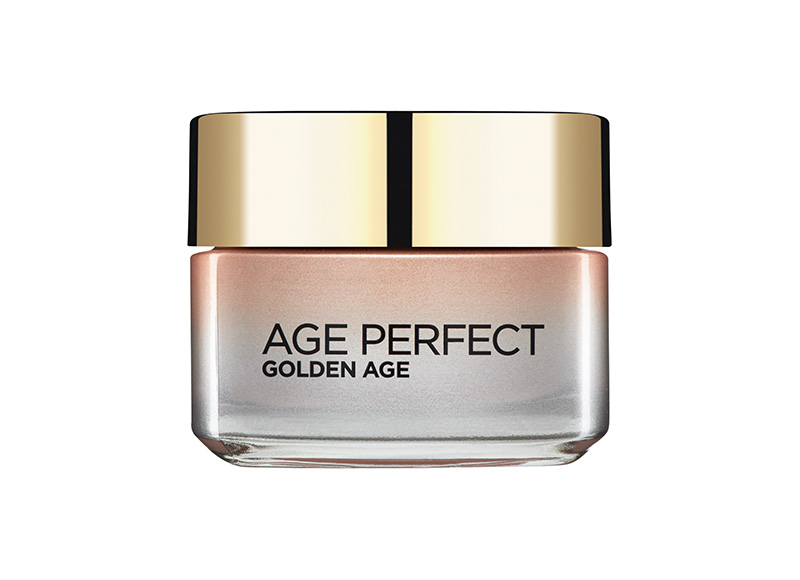 And though L’Oreal Paris as a brand has always ensured it represents a broad spectrum of women in its advertising – including a broad age range – the creation of the dedicated Golden Squad targeting a 50 plus women marks a bit of a sea change currently taking hold of beauty brands who realise the potential in this too often overlooked sector. Women may not necessarily be fighting the ageing process these days – ‘anti-aging’ is so off trend – but they want to feel and look their best.

As Fonda says, you have to be ‘so invested in looking the way you used to, but try to look as good as you can at the age that you are’. And they still want to be noticed.