Whether you’re vegan, have an intolerance to dairy, are trying to follow a more plant-based diet, or simply love the excuse to try a new chocolate product, then we’ve got amazing news for you. Lindt has launched vegan chocolate for the very first time in its 175 year history, and you can shop it now in the UK.

A post shared by The Conscious Candy Company (@theconsciouscandycompany)

Perhaps best known for its signature round globes of truffle (as well as those adorable gold foil bunnies and bears for occasions like Easter and Christmas), Lindt also has a delectable selection of boxes and bars – and the latter is where the Lindt vegan range comes in. Three new flavours fall under the Hello collection umbrella: cookies, hazelnut, and salted caramel, (each more delicious sounding than the last, if you ask us).

While some of the existing Lindt dark chocolate selection is ‘accidentally’ vegan, the new line marks the first time that the brand has made a range specifically for vegan consumers. The innovation is possible thanks to the inclusion of oat milk, which replicates Lindt’s rich, creamy texture and taste.

The products were initially set to only be available in Germany, but there’s now good news for UK-based vegans too. Vegan sweet brand The Conscious Candy Company has become the first official retailer to stock the Lindt vegan line in the UK; currently two of the three new lines are available, priced at a reasonable £3.99 per bar. 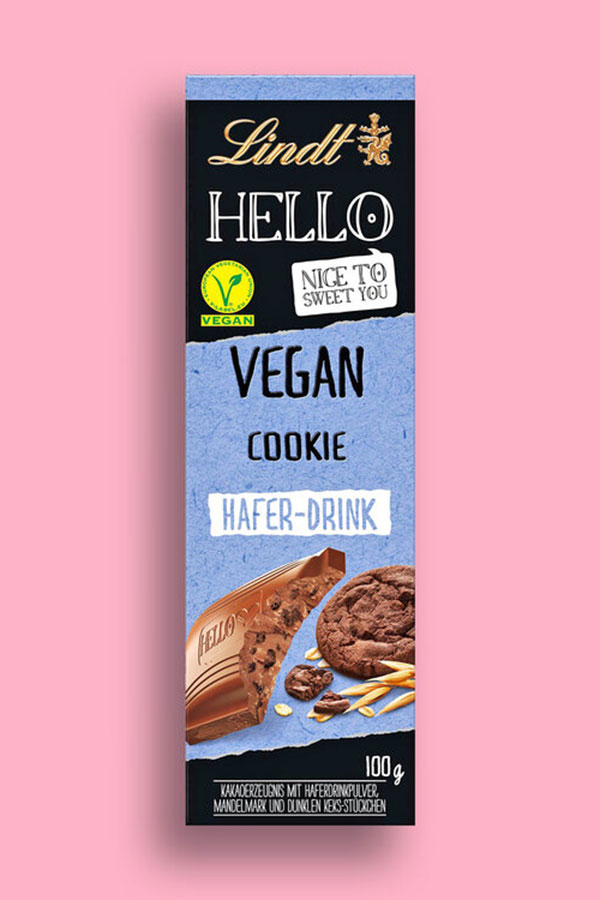 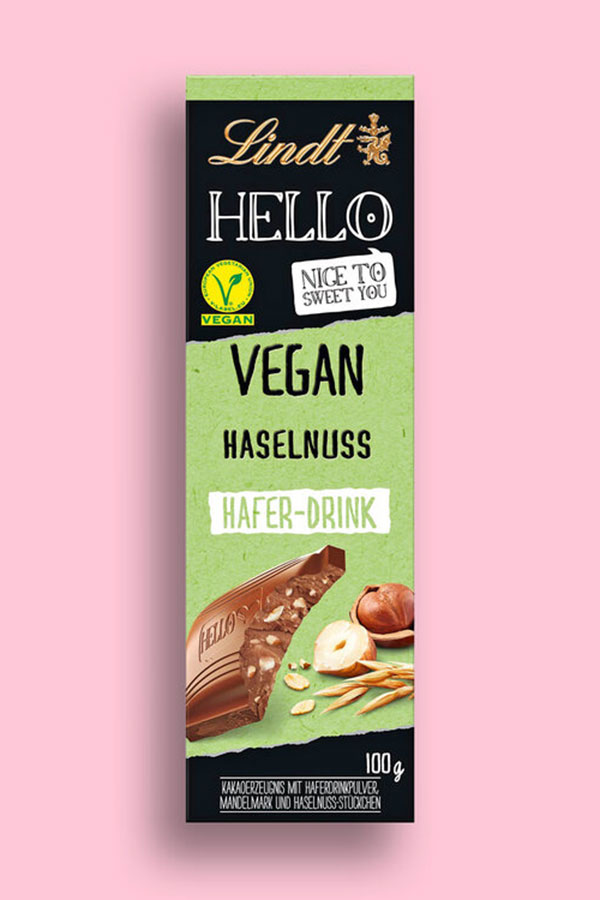 Considering the popularity of Galaxy’s vegan bars, which were released last year, not to mention the excitement that stirred up when Cadbury confirmed that it was working on a vegan Dairy Milk offering, we’d be surprised if the Lindt vegan chocolate range wasn’t made even more widely available in the months to come.

But for now, we’re clicking add to basket on The Conscious Candy Company’s website, stat (and placing an order for a bag of their vegan-friendly pick and mix while we’re at it).