As much as we want to believe they are, celebrities aren’t just like us when it comes to makeup; they have endless resources to create their looks, from top artists to the most expensive, luxurious products. So when an A-lister sings their praises for a high street product, you know it must be good.

The latest celebrity must-have to come to light is Milani’s Baked Blusher in the shade Luminoso. The powder blusher is apparently a favourite of Kim Kardashian’s and is often used on her by famed go-to makeup artist Mario Dedivanovic. The makeup artist is known to use the product on Kim in their in-app tutorials in order to achieve a natural glow without a heavy highlight.

Interestingly, Kim is not the only one in the family who is interested in the product. Kylie Jenner’s makeup artist Ariel Tejada has previously told Cosmopolitan the blusher is one of his ‘holy grail’ products he often uses.

Milani’s Baked Blush was once only available in the US, but can now be bought from Boots stores (and online), as well as selected retailers like Beauty Bay. It has long been a favourite of beauty bloggers, who have even at times compared it with Nars’ bestselling Orgasm blush.

The formula of the blusher is highly pigmented and highly buildable, and each one really has been baked under the sun on Italian terracotta tiles, according to the brand. They aim to give a flush of colour, while subtly highlighting and boosting radiance also. 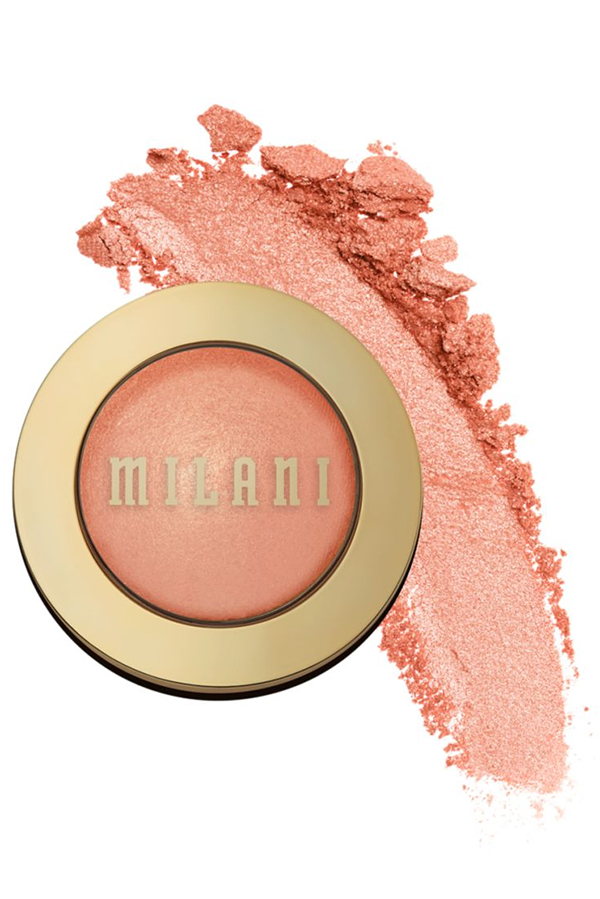 The product also comes in five other shades, and has a long list of positive reviews from UK shoppers, who can’t get enough of it. ‘I purchased this blush as I had heard nothing but good things about the shade Luminoso and I do not regret it,’ wrote one fan. ‘It has quickly become my go-to blush shade for everyday wear and going out. The baked, glowy formula is perfect… you can sheer it out for day-to-day wear or build up the pigment if thats the look you enjoy. Will definitely be repurchasing when I run out.’

You can pick up the Milani Baked Blusher for £11.50 at Boots.