Picture Glastonbury festival and what do you see? The Pyramid stage? Rain-soaked revellers? Kate Moss?

It’s fair to say the UK’s most famous model is pretty much synonymous with its biggest festival, and while we love seeing glossy photos of her looking fabulous in couture dresses, it’s actually even better to see Kate in her wellies and leather jacket stomping around Worthy Farm. In fact, it wouldn’t be a push to say Moss launched ‘festival dressing’ as a fashion category of its own, with her stylish take a world away from traditional camping gear.

With the festival season upon us once again – which is even more exciting after a two-year hiatus – plenty of people will be planning their Glastonbury wardrobes right now. We reckon this is a good excuse to look back at Kate Moss’s most iconic Glastonbury looks – after all, where better to draw your outfit inspiration from?! 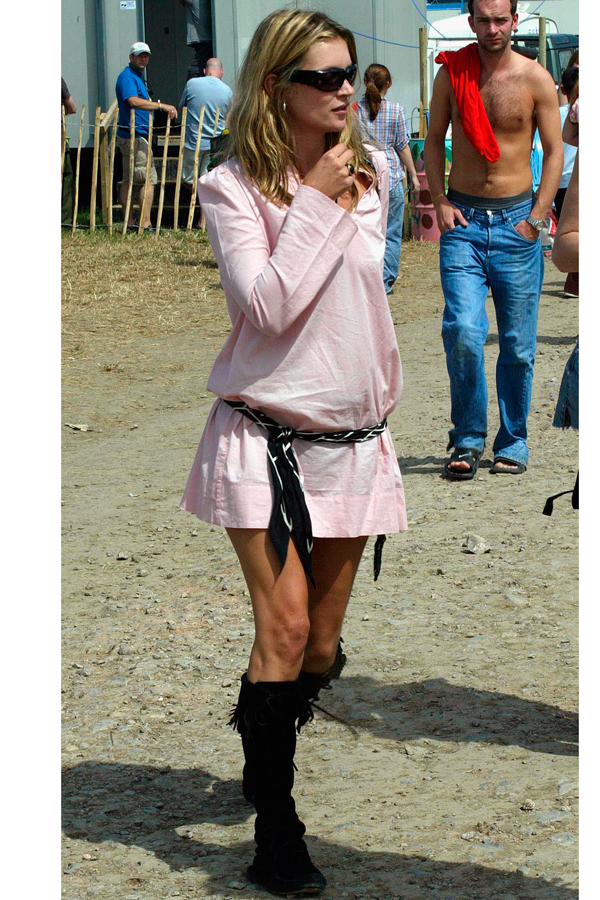 Kate Moss looks pretty (and punky) in pink with this mini dress and scarf-style belt. The fringed suede boots are taking us straight back to the early Noughties. 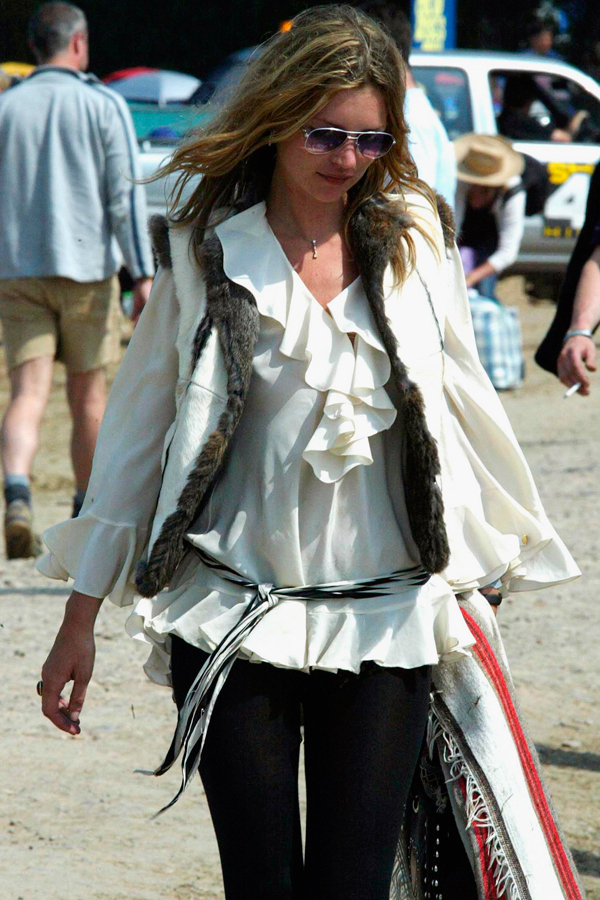 Also in 2003 Kate pulled it out of the bag again with this swashbuckling look, which has reminded us of that period when we all wanted to dress like pirates. 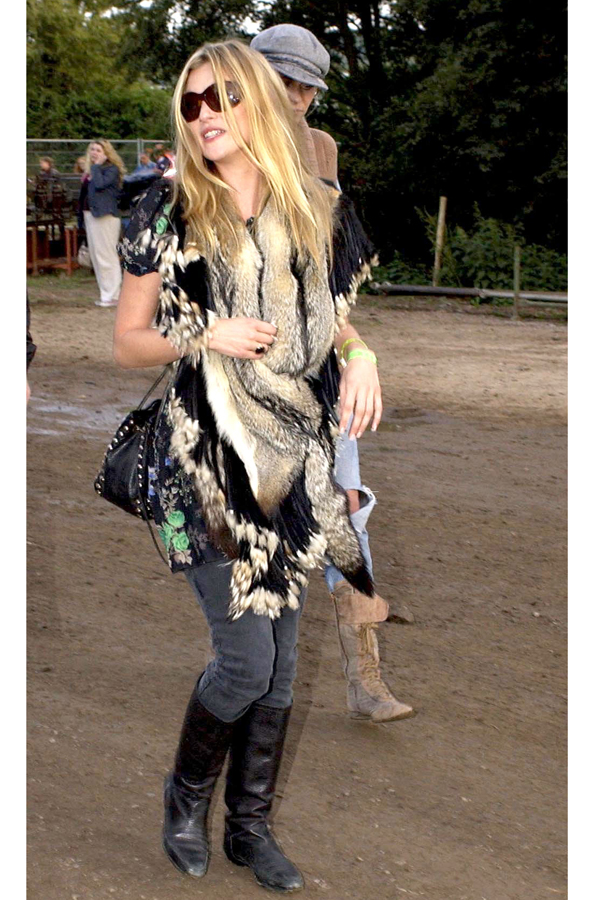 It’s a bit tricky to work out exactly what Moss is wearing here – some kind of animal crossed with a gilet – but it proves that the best festival outfits revolve around a statement item. 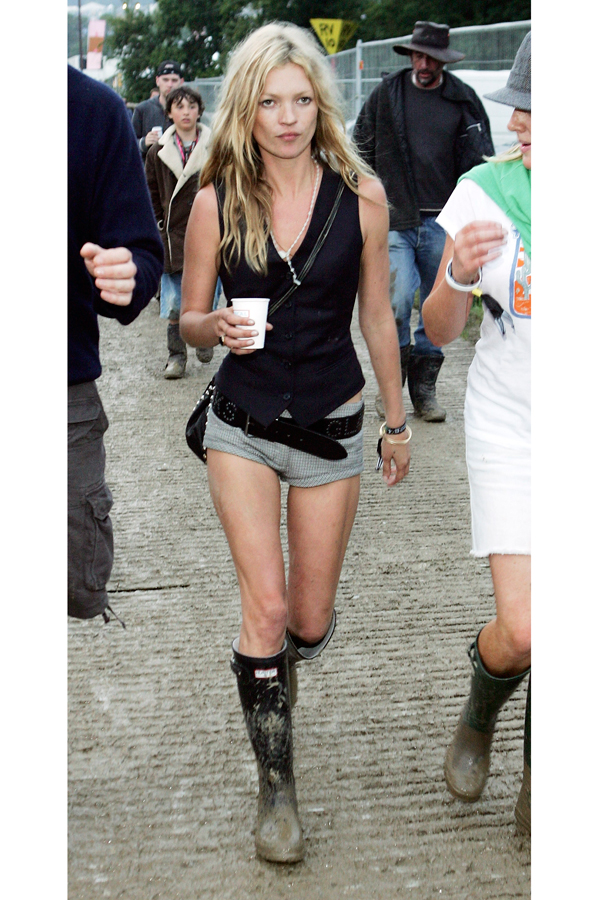 Possibly the most iconic of all Kate’s Glasto looks – the waistcoat plus hot pants plus Hunter welly combination that spawned a thousand copycat outfits. No one can pull it off quite like Kate. 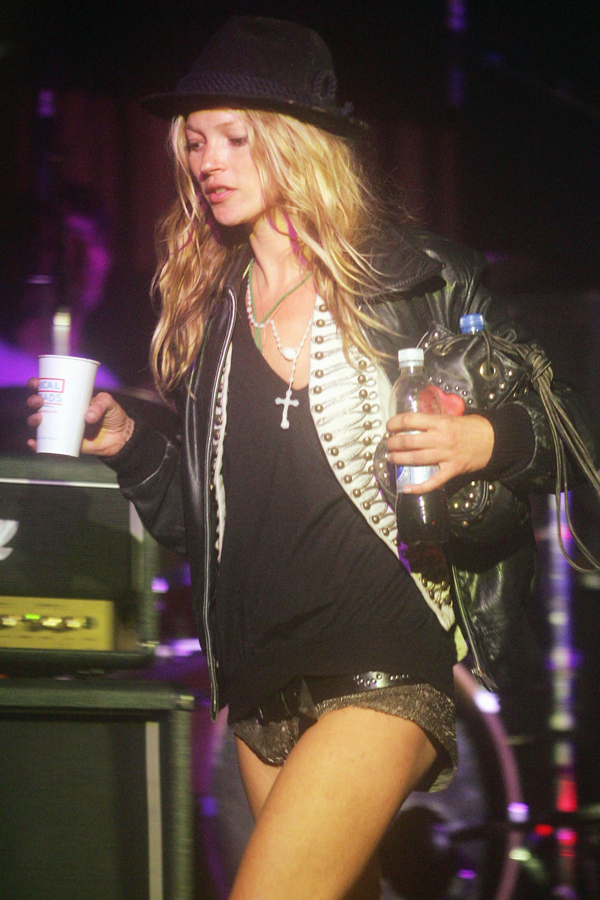 Miltary-style waistcoat, low-slung belt, hat borrowed from Pete Doherty – we are truly in the 2005 era here aren’t we? 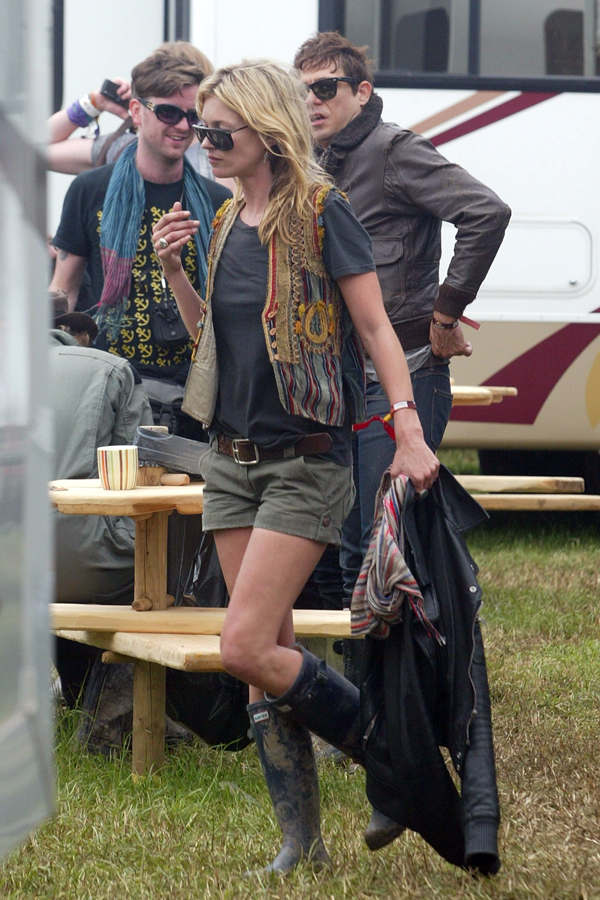 Another year, another waistcoat – this time a folksy vintage version combined with a distressed tee and khaki hotpants. 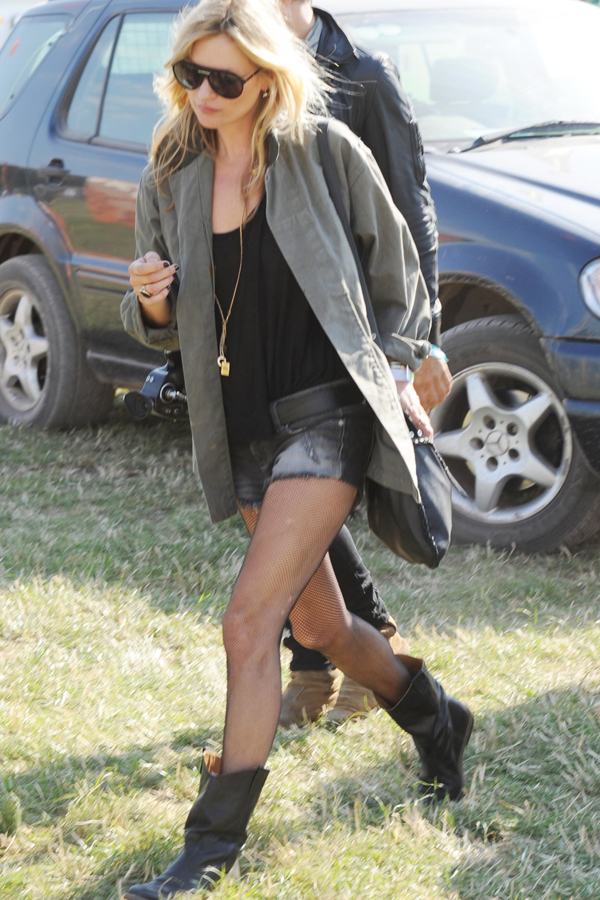 Cowboy boots with tiny skirt and shorts have made a comeback for 2022 – but here is Kate over a decade ago, showing how it’s done. 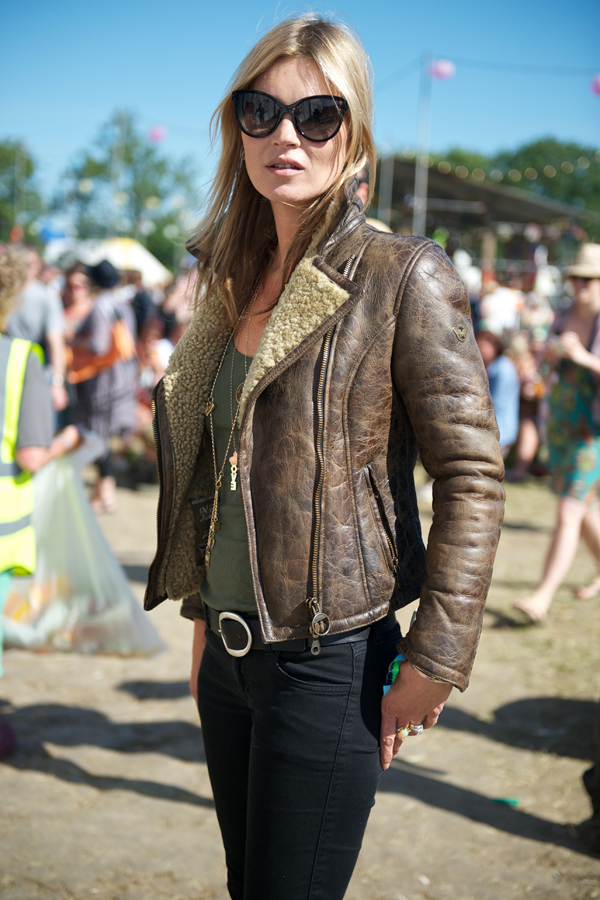 In a slightly beaten-up sheepskin-lined jacket Kate again makes us rethink festival fashion – there are more ways to keep warm than a hoodie and an anorak, it seems. 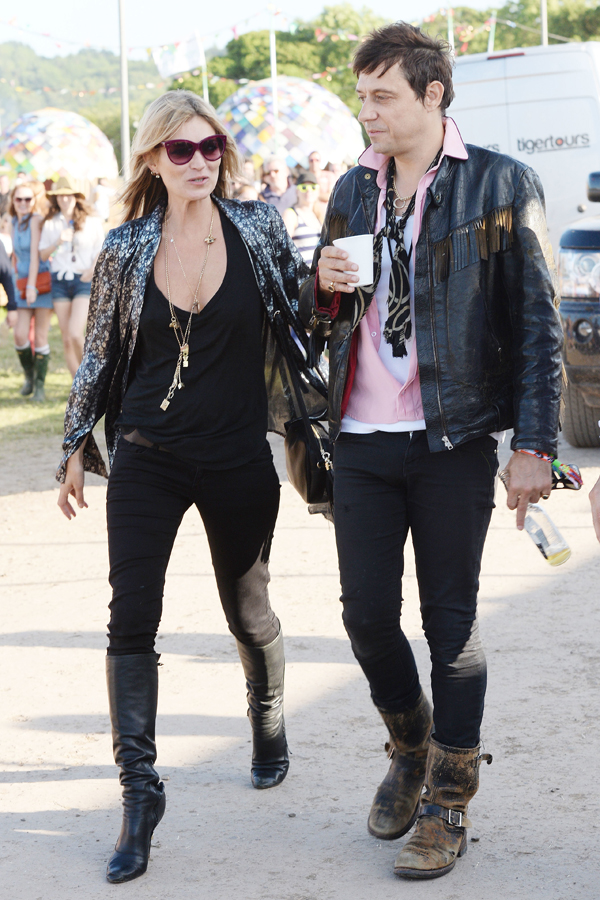 Kate rocked sequins and stilettos to Glastonbury 2013, which she attended with her then-husband, the Kills frontman Jamie Hince. Filing that jacket under ‘would still wear’.