Prince William and Kate’s royal tour of Pakistan has officially begun, as the royal couple touched down in the country on Monday. And the Duchess of Cambridge has started the trip in a range of stunning traditional outfits teamed with surprisingly affordable accessories.

Most notable in Kate’s wardrobe for the outings were a pair of £23.99 heels from New Look, which she teamed with a bespoke bright blue kurta created by Pakistani designer Maheen Khan.

The affordable low block heels provided both a stylish and comfortable look for the mum-of-three as she paid a visit to a school in Islamabad, meeting with pupils who are benefiting from the Teach for Pakistan programme.

However, sadly for those hoping to emulate her universally wearable buy, the heels are already sold out in her beige colourway – although you can still get your hands on the black and navy versions, which are both the same price and ideal for autumn. 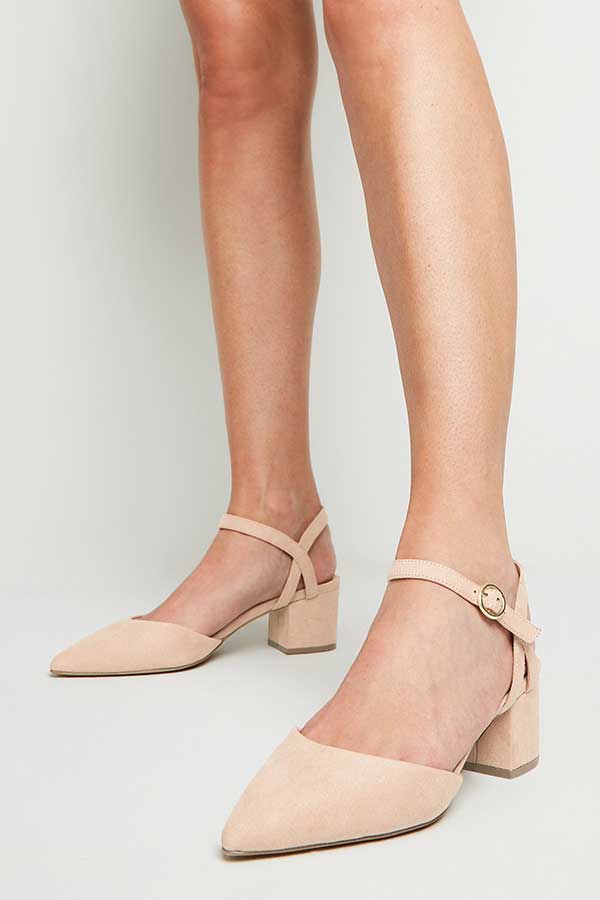 Later in the day, to visit three local schools in the Margalla Hills, Kate changed into another high-street shoe – £195 Russell and Bromley Xpresso flats with a chic crossover design.

During the engagement, Kate and William spoke to teachers and pupils and heard how they were creating a quality education system for all.

‘I can’t paint you an entirely rosy picture,’  local education officer Mohammed Sohailkhan admitted to reporters during the appearance. ‘It does still fluctuate wildly, particularly in rural regions, where there has traditionally been cultural barriers towards this, notably in terms of sending girls away to college.

‘But these barriers are slowly being broken down.’

At Islamabad Model College, The Duke and Duchess of Cambridge joined kindergarten, Grade 4 and A-level students to see how they are benefiting from the @TeachforPak programme. #RoyalVisitPakistan pic.twitter.com/Hp4i8BntXD

— The Duke and Duchess of Cambridge (@KensingtonRoyal) October 15, 2019

One student also told Prince William that she and her classmates were ‘big fans of your mother’, Princess Diana, who had toured Pakistan multiple times.

‘Oh, that’s very sweet of you. I was a big fan of my mother too,’ William replied.

‘She came here three times. I was very small. This is my first time and it is very nice to be here and meet you all.’