Kate Garraway knows a thing or two about putting together a great outfit – as her recent cover shoot with YOU proves. And it turns out, you don’t have to spend a fortune to copy a great Garraway find, as some of her best buys have come from the rails of her local supermarket: like her fab new checked coat, for instance.

The star shared a behind-the-scenes picture of herself in her role as radio presenter for Smooth FM on Instagram, wrapped up in a chic checked jacket, and quipping: ‘... not saying it’s cold in the @smoothradio studio or anything but still not taken my coat & hat off!!! Anyone else freezing today?!’

‘Love your coat!’ complimented one fan, while another agreed that it was ‘long John weather’, but added: ‘looking good though Kate ?’.

If you’re just as charmed by her outfit, you’ll be pleased to hear that in the tags on the image, Kate revealed that the cover-up – complete with cosy sheepskin lining – is from none other than George at Asda. And after doing a quick scroll through the brand’s site, we’ve discovered it listed at a rather January budget-friendly £36.

There is one downside, and that is that the coat is currently out of stock online, so you’ll need to head to your local store in the hopes of tracking one down. But with the cold snap we seem to be enduring at present, it’ll be a mission that’s well worth the effort if you find one. 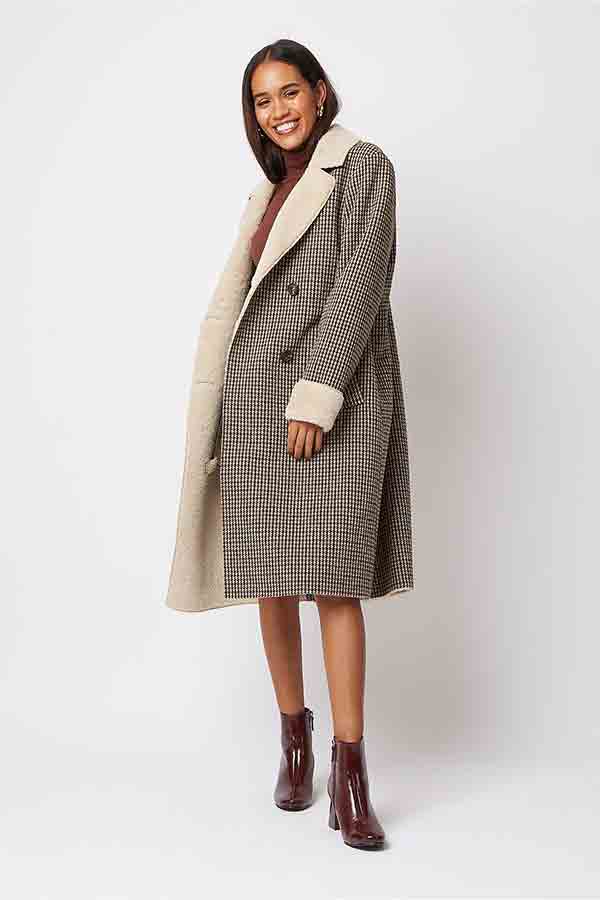 Of course, the chill is nothing compared to the conditions Kate battled during the most recent series of I’m A Celebrity… Get Me Out Of Here! on ITV, where she placed fourth. However, speaking to YOU earlier this month, she revealed that fellow former contestant Carol Vorderman had given her some handy tips before she headed to join the cast.

‘Carol told me: fake tan to the max, dye your eyebrows, have extensions to your lashes, so I did all of that beforehand,’ she explained – and it certainly paid off, with the star fast becoming ‘the jungle’s unexpected sex symbol.’

‘At 52, it’s brilliant [to hear that],’ she said of the endless compliments paid to her on social media throughout the series. ‘Even if it’s slightly embarrassing for the children!’