The death of his father made JOSEPH BATES throw himself into high-pressured, dangerous careers. From the outside he was the ultimate action man, but when he fell in love with former model Jodie Kidd, she made him realise he was falling apart.

It was the morning after another night of heavy drinking and I was in the gym, pushing my body to its limits. I’d had a couple of hours’ sleep after entertaining clients in my job as an equities trader in the City before getting up and heading for my usual punishing two-hour workout. I hadn’t eaten properly for days. 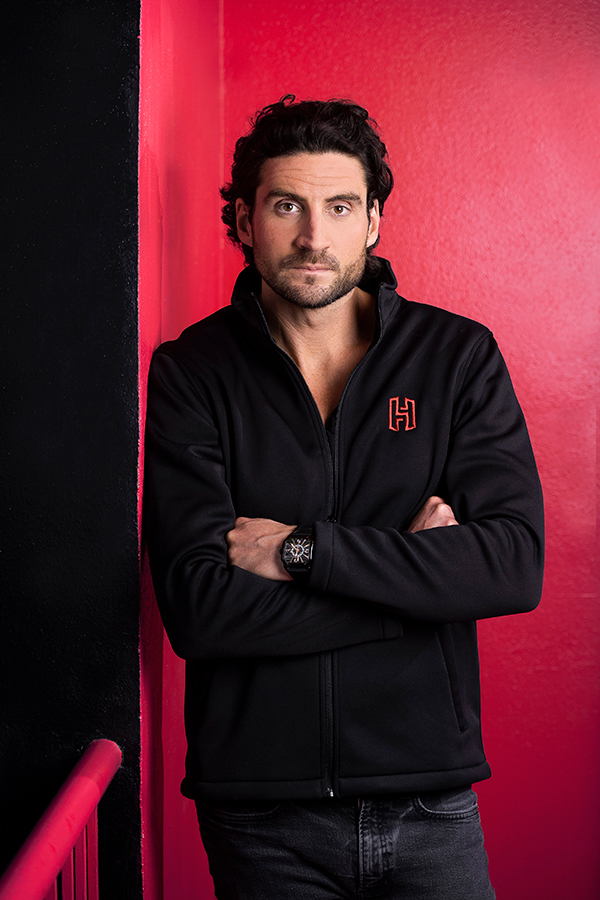 As I ran on the treadmill, I felt exhausted; not just physically, but emotionally. Since I was a teenager, I’d thrown myself headlong into a series of the most intense experiences I could find, from a stint as a Royal Marine sniper in Iraq to rescuing hostages in Afghanistan with Special Forces – the more extreme the better.

Now I was home, with a career that looked glittering from the outside, but inside I felt empty. I was on autopilot, feeling detached, as though life was happening in front of me and I wasn’t really participating. I wasn’t sleeping, eating or seeing friends. I was drinking too much and training in the gym to the point of throwing up. I was burnt out and needed help, but I had no idea how to find it.

At the root of the hell I was going through was the death of my beloved father, Chris, when I was 17. Trying to block out the overwhelming sense of loss was what drove me to put myself in one incredibly high-pressured situation after another, until finally something inside me broke.

I grew up as the youngest of three in a tight-knit family with my brother, sister and parents Chris, who ran Southwest Arts, which arranged funding for theatres and galleries, and Jenny, an educational psychologist. In my early teens, Dad started behaving oddly and getting confused. He was diagnosed with Pick’s disease, a rare form of dementia similar to Alzheimer’s, and before I knew it he’d been hospitalised. One day, Mum urged me to visit him, letting me know that it was time to say goodbye. Sitting in his room, there was nothing left of the man I’d been so close to, just a heavily medicated shell.

After his death, I remember crying only once. I was standing by his grave at the funeral and a family friend put her hand on my shoulder and asked if I was OK. In that moment, years of grief came flooding out. But after that my impulse was to immerse myself in something so physically demanding, it would leave no space for emotion.

When I told Mum I was joining the Royal Marines, she was shocked. It was renowned for being the toughest force in the military, but that was why I chose it: I wanted to experience something even worse than losing Dad.

As gruelling as it was it felt like exactly where I was supposed to be. I loved the camaraderie, discipline, adrenaline and the sense of testing myself. At 19, despite being told I was too young, I applied for Special Forces and was selected for the Special Boat Service. I did tours of Afghanistan and went on high-profile missions, including the rescue of the kidnapped former New York Times journalist Stephen Farrell.

The level of focus required allowed me to put Dad’s death in a box and firmly close the lid. There were harrowing moments but I was lucky never to experience post-traumatic stress disorder. By my mid-20s I was ready to do something else and decided to make my fortune in the City.

It was at that point, away from the intensity of military life, that the feelings I’d spent years avoiding began to catch up with me.

As a young man working in a hyper-masculine environment, admitting to feeling emotionally wobbly was far from encouraged. I did try therapy, but didn’t find a therapist I clicked with, so I kept pushing the feelings down. Over the following years, I worked in Dubai, Hong Kong and Sydney, continuing to drink too much and train hard, often feeling lost but never addressing the cause. I moved back to London in 2017 and met Jodie shortly afterwards, which was the catalyst for me starting to tackle my issues.

Jodie helped me realise that I’d been suffering from an eating disorder for many years. I was so used to avoiding breakfast, never touching carbs and even pouring chilli oil over food to stop me eating too much that I’d never considered how unhealthy it was. I’d ‘spend’ calories on wine instead of dinner and purge whatever I did eat with a ten-mile run. I was a fitness addict who thought I was in good shape, but in reality my habits were self-destructive.

The claims made about Jodie’s weight being the result of anorexia when she was modelling were false– actually, she suffered from crippling anxiety, which is why she left the industry. Now she owns a pub near our home in West Sussex and she’s a fantastic cook. But coming from that background meant she had seen behaviour like mine before and recognised the signs.

When our nine-year-old son Indio [Jodie’s child with polo player Andrea Vianini] started picking up on the language I used around food, it brought it home to us. He’d ask how many calories are in a bowl of pasta, or say he was having a ‘cheat day’ if he ate a burger. The idea I might pass my damaging attitudes on to him was so upsetting.

Being settled and happy with Jodie meant I finally felt able to unpick why I’d spent so many years seeking out challenges which took me to the brink; why I could never stay in one place for long; and why I could not allow myself to think about Dad. I started talking to a therapist once a week and recognised that every extreme thing I’d done, and the times I’d felt hollow, stemmed from his illness and death. I’d never processed my grief, and the more I had pushed it down, the more ways it had found to bubble up.

Losing Dad to such a cruel illness has cast a shadow over everything in my life. Watching the kind, clever person he was ebb away while I was a teenager, unable to understand what was happening, was so traumatic I couldn’t deal with it except by avoiding it. Even now, I find it hard to talk about him, or to remember that period of my life.

But talking to someone impartial, who never judges, is what has helped me make sense of it all. As I began to understand more about why everything had unfolded in my life the way it did, I decided I wanted to try to help others with their mental health, too. For men, the concept of opening up and laying our emotions bare is relatively new, and many find therapy alien. But I know there are so many others out there who have similar issues to me and can spend a lifetime trying to bury them.

That’s why I created an app, Halen, to offer access to therapy and other forms of coaching that is simple to use and aspirational. I wanted it to be something people could be proud of. After all, we work our bodies in the gym– why not be open about looking after our minds, too? Everyone has moments where they could use a bit of help.

All the therapists and coaches have different skills, and once users have chosen one they can have video sessions with them via their phone, so it’s convenient. So far, we still have more female users than male, but hopefully that will even out over time.

Jodie and I are now engaged and I have so much to feel optimistic about. When I think of Dad, sometimes the pain crashes over me and it can feel overwhelming. But I know it’s far better to acknowledge the impact his death had on me, because it means that I can look forward to the future, having finally grieved for what I’ve lost

For more information, go to halenstrength.com; the app can be downloaded on the App Store