There’s an age-old debate about whether the humble Jaffa Cake is a cake or a biscuit. Whatever you think, there’s one thing we can all agree on: the chocolate orange snack is truly delicious. So the news that Jaffa Cake doughnuts are now very much a thing will likely send your tastebuds into some serious anticipation.

Jonuts (yes that Jaffa Cake and doughnut combined) are said to have ‘layers of crackly dark chocolate, light springy sponge and the tangy orange flavoured filling… in a doughnut-shaped ring’ by McVitie’s. The tasty new treat first sent fans wild when teased on Instagram on food accounts such as @newfoodsuk. Back in April, they wrote: ‘Jaffa Jonuts coming to Tesco very soon’ alongside a snap of a box of the doughnuts.

The official Jaffa Instagram page then continued to tease their new creation to fans, posting mysterious pictures and videos to peak curiosity.

The snacks will indeed be first available at Tesco, before filling up other supermarket shelves later down the line in June. They’re actually already available, having launched on Sunday, May 16, and can be bought individually (60p) or in packs of four (£1.99). 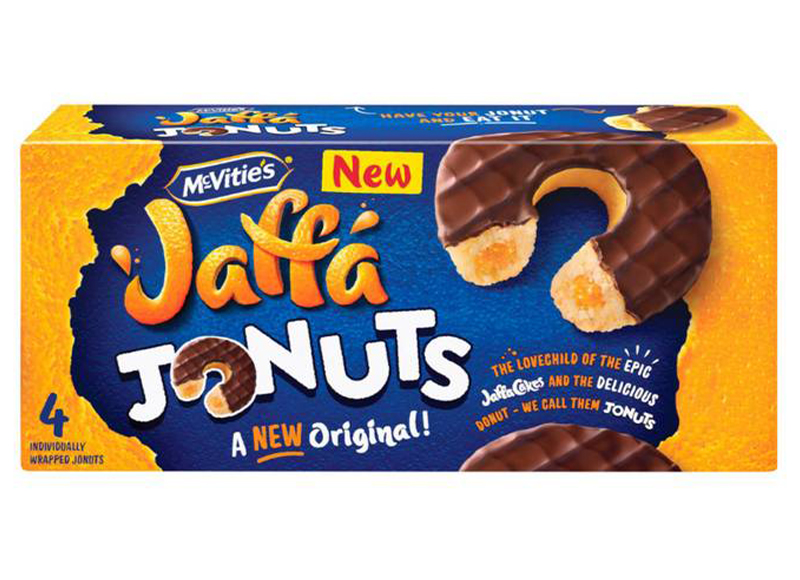 Emma Stowers, brand director for McVitie’s at plaids UK&I, said of the Jonut: ‘We love hearing Jaffanatics debate about our Jaffa Cakes and the launch of our Jaffa Jonuts is sure to spark further conversation!’

Stowers continued: ‘We’re excited to offer a new twist to our fans, as the fusion between Jaffa Cakes and doughnuts brings an exciting and original taste experience to those who love a treat.’

If for some reason the Jonuts don’t quite catch your eye, there’s also the option of trying out the brand’s new Blackcurrant flavoured Jaffas, which launched earlier this year. With the same makeup as the originals, and a zesty, tangy blackcurrant jam (rather than orange), these sound just as irresistible if you ask us!

Made for sharing: grilled vegetables with green goddess sauce