When a product sells out within minutes of its launch, you know you’re on to a good thing. Which is why if you’ve not discovered It Cosmetics’ Bye Bye Under Eye concealer already, you’ll want to pick one up before it flies off the shelves yet again.

When it first arrive on shopping channel QVC, Bye Bye Under Eye went out of stock in 10 minutes flat, and now the brand has revealed to you.co.uk that more than 115,000 tubes of the cult concealer have since been ordered – that’s sales at an impressive rate of one every five minutes.

So what’s all the fuss about? Well, good concealers may be ten apenny, but It Cosmetics’ formula is known for offering seriously high levels of pigmentation, improving the appearance of everything from dark circles to fine lines with the tiniest dab.

It’s also marketed as a ‘treatment concealer’, meaning that not only does it deliver seriously heavy duty coverage, it also nourishes the skin in the under-eye area, using hydrating hyaluronic acid and antioxidants to soothe dry or irritated patches from the moment of application.

The concealer therefore looks natural and fresh rather than cakey, even though it’s doing plenty of heavy lifting behind the scenes. Plus, a little goes a very long way – some fans say you only need to use a ‘pinhead’ sized amount to achieve impressive results.

‘The coverage is perfect and the texture makes the skin appear really youthful and dewy,’ one reviewer wrote on qvcuk.com. ‘Can’t recommend this enough and easily the best out there and I’ve tried many!’

Another called It Cosmetics’ Bye Bye Under Eye ‘the best concealer in the world’, while a third said it was ‘a fantastic product that covers dark circles under the eye and reduces the look of fine lines instantly.

‘Yes, the consistency is quite thick, but you only need a tiny amount, and if you warm it on the tip of your finger before application, it is easy to smooth on exactly where needed,’ they added. 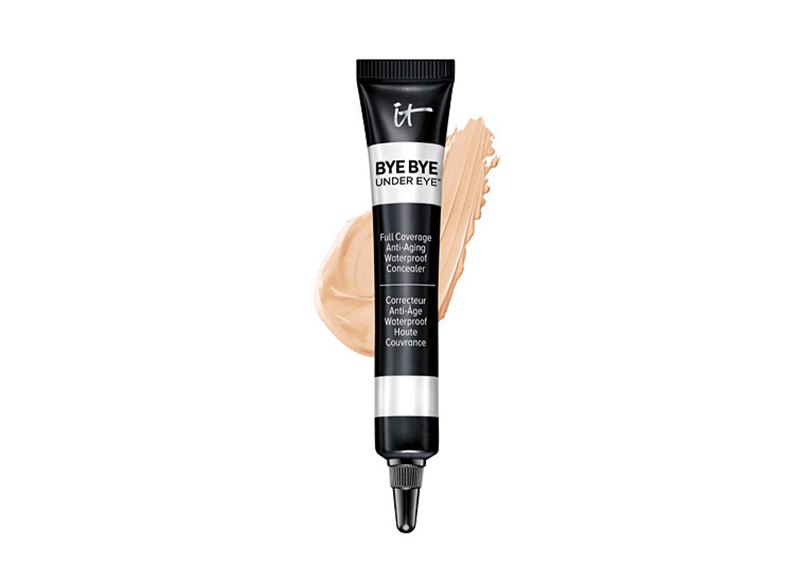 IT Cosmetics Bye Bye Under Eye Concealer, from £23.60, qvcuk.com

To balance the hype, we’d point out the price is not low, with an 8ml tube priced at £23.60  (or £29.50 with a dual-ended brush). But if you battle with dark circles on the daily, it seems to be worth the initial outlay – and once you’ve invested, you’ll wonder how you ever lived without it!