Ditching the bottle is a decision Anna Pursglove has never regretted. This is her advice to anyone who might be on the brink of going sober… 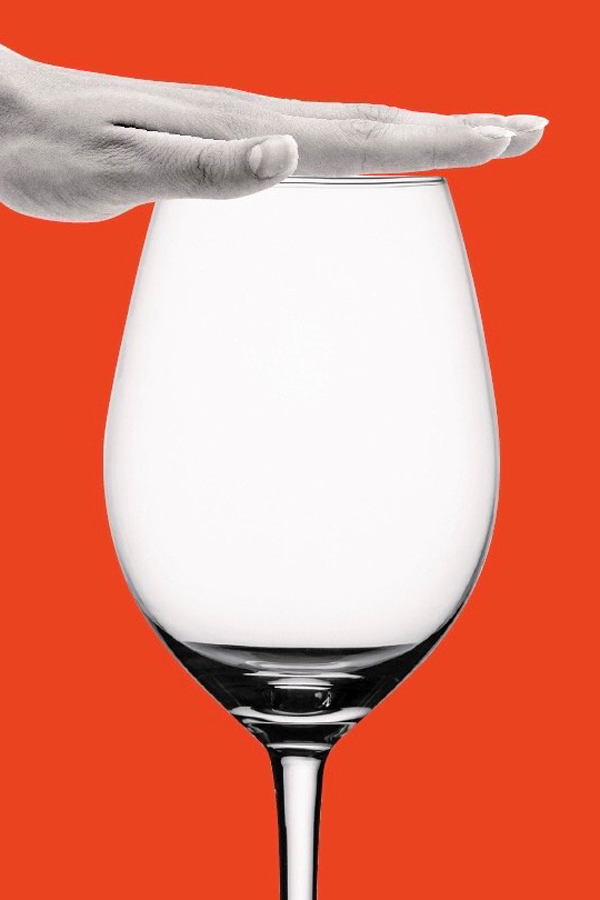 If you’re worried about your drinking, let me tell you that six years ago, I was you.

I was 43, I had a great job and a loving husband. We had two healthy children and a nice house – and yet I was scared. Scared by my alcohol consumption. I can’t tell you how many units a week I was drinking at the point I gave up. Not because I don’t want to but becaus eI genuinely don’t know. I was in denial – and people in denial aren’t counting. What I did know is that it was too much.

Similarly, I can’t give you a single event that made me stop. I’ve heard other women who have quit talk about hitting ‘rock bottom’. About a drink-fuelled horror that made them realise they could no longer coexist with alcohol. For me that defining moment never happened. Instead, I lived with a head full of fears and regrets. Funnily enough, the only thing that gave me respite was more alcohol.

This inability to provide a ‘the thing that sobered me up’ story doesn’t play well when people quiz you. Women, in particular, want to weigh up what you were doing against what they are doing: to reassure themselves that they’re fine. Although I can’t give you a rock-bottom moment, I could tell you many, many stories about nights (but mostly days after nights) where I profoundly regretted drinking. About the dread that engulfs you when you’re not sure who you should be apologising to.

I could tell you about the day I found myself in the offices of a Harley Street doctor, crying as I told her that I was sure the pinprick spots on my chest were a sign of liver failure (they weren’t, although that’s beside the point).

The truth is that I just woke up one day and felt inordinately tired by it all. Tired of feeling guilty when I was hungover on the kids’ time. Tired of lying to myself about how much I drank. Tired of feeling tired. It was 20 April 2016, and I haven’t drunk since.

New data from the Government’s Office for Health Improvement & Disparities shows there are millions of women experiencing the kinds of battles with alcohol that I experienced – and that the numbers are growing by the day. According to these figures, eight million people were drinking hazardous levels in the three months to the end of October 2021 (compared to five million in October 2019). Although these numbers are for England, experts across the UK report a similar picture.

What the study termed ‘increasing or higher risk’ drinkers are still predominantly male (one in four men as opposed to one in ten women), but the gap is closing. Furthermore, the charity Alcohol Change UK says people aged 55-64 are most likely to drink at higher risk levels and also least likely to be teetotal. This is not to suggest that all problem drinkers are middle-aged– the pandemic has tipped significant numbers of women of all ages into the trouble zone. We’re drinking at home so we’re drinking for longer and on top of that we’re scared and stressed. The more scared and stressed we are, the more we drink yet, paradoxically, the more we drink, the more scared and stressed we become.

I first wrote about being teetotal one year after giving up alcohol. Back then, my editor was very keen to know how I had managed to do it without losing my friends. You’d think that five years on – and with a pandemic under our belts– we wouldn’t care so much what others thought but, anecdotally, I can tell you that’s not the case. The second most common question I’m asked (after ‘how much were you drinking’?) is how I navigate friendships and socialising without the prop of alcohol.

So, for all of you who are worried about your drinking, who would like to stop but are scared about what will happen, this is what I’ve learnt in the past six years.

There is life on the other side. It might look different – and it’ll definitely take time to get used to– but it’s there. I can’t make you any promises about how long the transition will take but I can guarantee that you’re going to gain a whole lot more than you lose. 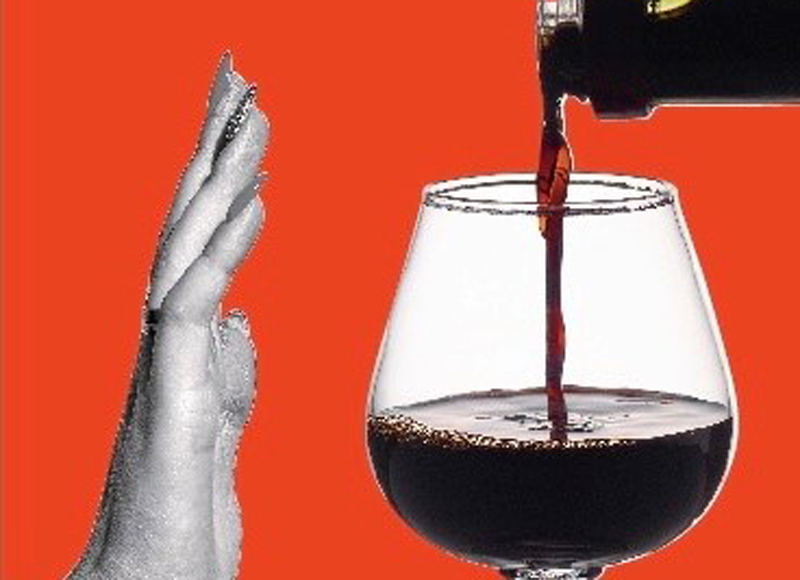 What I learnt from going sober

This happened a lot when I first stopped drinking. At the time I found it upsetting – as though drinking had been the most interesting thing about me. However, what I came to see over time was that the friends who made continual references to my sobriety were also the ones who were most concerned about their own relationships with alcohol.

When you first give up booze, you’ll probably still be in a friendship group where drinking is the norm, so the chances are you’ll have female friends who are drinking more than is physically and psychologically good for them. These are the people who will be most threatened by your decision to stop because they will see it as an indictment of their own habits. Over time they’ll calm down – particularly if you don’t react. It’s annoying but it will pass.

DON’T BE TOO APOLOGETIC

At first, when my non-drinking status came up, I’d lie about antibiotics or mutter something about being ‘very boring’ or the ‘designated driver’. I’d cite my running training as the reason for not drinking (and boy, did I clock up a lot of miles in the first few years after I quit – I’d enter every race going and now have a whole drawer of cheap medals and commemorative tops to show for it).

I’ve stopped doing all that now because not drinking isn’t something you need to apologise for. It’s not what I tend to open a conversation with but, equally, it’s not something I’m ashamed of. Now, if someone offers me a glass of wine, I say: ‘Thanks, but I don’t drink alcohol.’ The person offering will invariably look flustered and apologise but the embarrassment doesn’t last long.

LEAVE EARLY – NOTHING BAD WILL HAPPEN

Will you miss all the fun if you’re not up until 3am with the drinkers? You won’t. As a rule, I’ve discovered that people who are drinking too much and too fast will be fun for about two hours. So if the dinner started at 7.30pm then you’ve usually got until about 9.30pm to have a decent conversation. After that time, someone will either start repeating themselves endlessly, telling you they love you or crying about something random (possibly all three). In other words, get out by 10.30 and probably closer to 10pm if you can manage it. Very drunk people only have a hazy relationship with time so they won’t remember when you left.

Another interesting phenomenon among drunk women (and it does seem to be women in particular) is the desire to explain away their drunkenness. As the non-drinker in the group, female friends will target you for these I-might-look-drunk-but… explanations. My advice is to enjoy their absurdity.

One of my favourites was the friend who insisted that it wasn’t the two bottles of prosecco which had made her vomit loudly in the downstairs loo (to the horror of the assembled dinner-party guests) but the fact that she’d joined a running club and now had an athlete’s sensitive metabolism.

In the early months, you’ll make desperate attempts not to stand out as the teetotaller in the room. You will be wrestling with all manner of insecurities about how public displays of sobriety might make you seem boring or smug.

These feelings will manifest as spending too much time sourcing soft drinks that look like alcoholic ones. You’ll almost certainly work your way through a variety of nonalcoholic wines, which will be uniformly undrinkable. Similarly, you’ll start off by sitting through things that drinkers want to do, like hanging about in freezing cold pub gardens for hours on end.

YOU WON’T ALWAYS OFFER TO DRIVE

After a year or so, however, you will start to get comfortable in your sober skin. You’ll drink herbal tea in pubs if you fancy it. You’ll skip the beer garden in early March, thanks anyway, and you’ll let someone else drive once in a while.

Much is written about stress and anxiety as triggers for drinking, but I’d add boredom to that list. I’m not suggesting that it’s possible to eradicate boredom from your life entirely, but rather that you remind yourself beforehand that boring situations might have you reaching for the merlot. It’s surprising how a drinking trigger loses its power when you anticipate it.

The closest I’ve come to relapsing was during a press trip reception. There were scores of journalists present and we were all waiting for Nicole Kidman in an industrial hangar on the outskirts of Paris. The place was chilly, nobody knew anyone nor exactly when we might get our interviews. I sat for nearly three hours, staring at the glass of red wine which had been placed in front of me, thinking: ‘If nothing happens in 20 minutes, I’m drinking that.’

I’m pleased to report that Nicole did, finally, show up and was very obliging. I got the interview I needed and I didn’t drink that glass of wine.

ALCOHOL WILL STOP MATTERING TO YOU

After questions about how much I drank, what made me stop and how I socialise without booze – the next most common question I’m asked is whether I still want to drink.

Six years down the line, alcohol has lost its attraction. That’s not to say that I could start drinking again because I’m pretty sure that wouldn’t end well. What I mean is that I don’t feel a desperate desire to drink every time I see someone pouring a glass of wine. Other people can drink and I can not drink. It doesn’t matter any more.

For me – as for everyone who drinks too much – alcohol was a way to avoid feeling my feelings. It’s no coincidence that people refer to being very drunk as being ‘out of your head’. Being out of your head is exactly where you’re trying to be because it’s too difficult to be inside it. Once you’re brave enough to start investigating what it is you were hiding from, there will be no stopping you.

Five years on from my last drink, I found the courage to go back to university and begin training as a counsellor. I’d always wanted to do it but could never (as a drinker) countenance the levels of psychological probing required.

I’ve no idea yet where the journey is going to take me, but what I do know is that, if I hadn’t stopped drinking, I’d never have been brave enough to take the first step.

For advice, support and a quiz to find out whether your drinking is healthy, visit alcoholchange.org.uk