Every parent knows they’re not supposed to comprehend their teenager’s behaviour. Teenagers wouldn’t be teenagers if their parents understood their musical tastes, endorsed their prodigious screen usage or wanted to buy the same low-slung, shredded, hugely oversized jeans. But even by teenage standards, today’s teens seem to subscribe to a set of fashion and beauty ideals that are baffling to say the least. In your day, the strangest thing you wore were pedal pushers. OK, so they were pretty strange. But they weren’t as strange as half of the items your beloved daughter rocks up in.

Where is she getting her ideas? TikTok. You don’t like her style? Blame the social media phenomenon. With 732 million active users and counting every month, it has already infiltrated your teen’s wardrobe. Read on to find out how…

She keeps asking if you have anything ‘Y2K’

Why two what? Not for the first time, your daughter is speaking in tongues. Apparently Y2K is their term for the 2000s, that far-off decade that to them feels as distant and antiquated as the 1960s did to us when we were teens. For some inexplicable reason, brands that were once a bit of a laughing stock (Von Dutch, Billabong), brands that are so commonplace they fail to raise much excitement (Timberland, Gap) and brands that were loved by Paris Hilton and Nicole Richie in The Simple Life (Juicy Couture, True Religion) are now coveted by your teen. Keen to increase my standing with my daughter, I told her I was the first person to interview the founders of Juicy Couture in actual 2000, and used to have quite a collection – sorry, haul – but gave it all to charity ages ago. She looked appalled. ‘WHAT?’ she screeched. Turns out the velour drawstring sweatpants and matching hoodie I wore throughout my pregnancies have quite the cachet these days.

All her spare time is spent secondhand shopping

‘We’re setting our alarms for 8am,’ my then 13-year-old daughter announced one Saturday. Did she have a hockey match? No – she and her friend wanted to get to East London’s Brick Lane market early to bag the best bargains. Four hours later, she returned triumphant with a baseball jacket that stank of wee and a pair of dog-eared Nike high-tops for a fiver.

Topshop might have been your retailer of choice as a teen, but charity shops are the new go-to, a trend driven in no small part by TikTok, which is awash with videos captioned ‘come thrift shopping with me’. If your teen isn’t scouring charity shops and markets for bargains that she can resell on Depop (one of my daughter’s friends has a lucrative sideline buying Miss Sixty jeans for £10 and selling them for £40), she’s flipping them, a practice which involves buying something rank and cheap while seeing the potential to make something more ‘peng’ (appealing) out of it.

The hashtag #thriftflip has 1.7 billion views on TikTok, and the site has endless tutorials showing how a calf-length skirt can be made into a bandeau dress, or a frumpy blouse with a teen-approved print can be turned into a top: check out @nelsybopx for inspiration.

She has a baffling obsession with the Slazenger skort

In the 1980s, back when ancient relics like her parents used phrases like ‘all the rage’, Slazenger was all the rage. It was when Björn Borg was big. Who? Oh, never mind. You used to have a very smart white pleated Slazenger tennis skirt, but alas, you never possessed a black and a white Slazenger skort. Which is a pity, as your teen wouldn’t be forced to scour the internet for one now. Marnie, Molly and Mabel all have one, and she wants one, too, only Sports Direct has sold out, which means she’s forced to look on Depop, whose mark-ups are ridiculous (it costs £11 new, but is bought in bulk for profit by users who then flip it for £35). The #tennisskirt hashtag might have over 85 million views on TikTok, but suggest she buys another brand of tennis skirt at your peril. It has to be Slazenger, Mum. 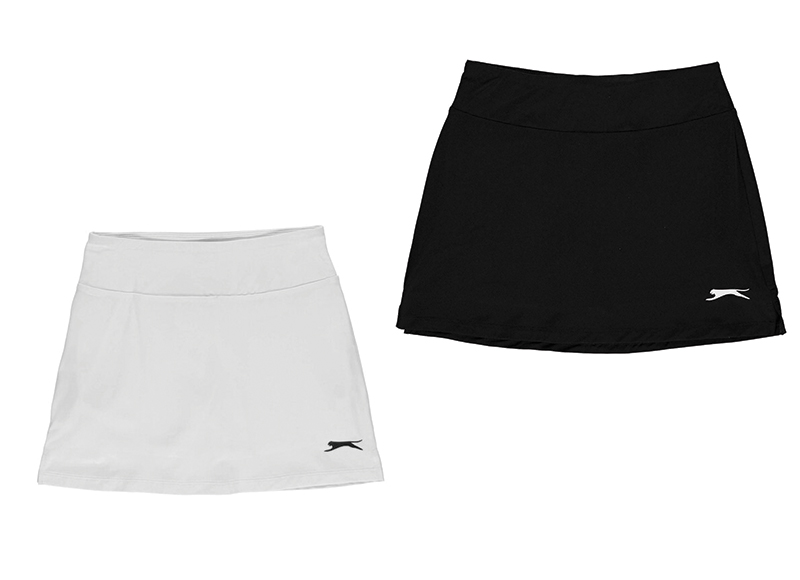 No, that definitely wasn’t her trawling Depop and Ebay for a Slazenger skort. You’re going senile, Mum. Or maybe you’re perimenopausal, because she hates Slazenger skorts. Wouldn’t be seen dead in one. Too last month. Giant eyeroll.

Your scarves have been stolen

Not your woolly winter ones: your silk ones. She did try to steal your hankies, but realised they were too small for her purpose: her purpose being to fold them in half like a triangle and tie them round her body à la All Saints circa 1997 or Beyoncé in 2000. Why? Possibly because she’s been looking at scarf tutorials on TikTok, of which there are thousands (if you fancy trying this at home, check out @carolinafreixa whose demo has more than 235k likes).

The #scarftop hashtag has over 54 million views on TikTok, with users experimenting with all sorts of jaw-dropping, flesh-popping variations. Don’t even think of pointing out that you can see your daughter’s bra straps – ‘it’s a vibe’, apparently.

Usually, her hoodie tastes run to expensive brands like Stüssy or Palace. But this month, it’s Gap. Is it because the storied but troubled brand recently inked a decade-long deal with Kanye West’s fashion label Yeezy? Nope. It’s because 20-year-old influencer Emma Chamberlain (13.6 million Instagram followers; 10.4 million TikTok followers) recently posted two photos of herself wearing a thrift-store Gap hoodie. Four million likes and over 12,000 comments later, the beleaguered label that launched in 1969 and was beloved by supermodels in the 90s is cool again. Gap recently announced that it would be closing all of its stores across the UK and Ireland. Can Gen Z save it? Given that posts tagged #GapHoodie have garnered over 6.8 million views on TikTok, we wouldn’t bet against it.

Doja Cat rap is blaring loudly from the bedroom, which can only mean one thing: she’s photographing her haul again. To the untrained eye, it might look like a pile of rubbish, but there’s kudos in those Brandy Melville jeans; at least for today. Such is the rapidity with which your teen will embrace and then reject any given trend that the content of the haul changes from month to month – or even week to week. In May, it might have been a pair of 70s-inspired Zara trousers that were deemed ‘really Gucci’. In June, it might have been a snake-print H&M bikini. In July, it could have been a shell necklace or a chunky plastic ring.

On TikTok, the hashtag #fashionhaul has more than 198 million views, with the most popular users able to make items go viral, such is their clout. Natalie Holland (@princxss_nj) has had 1.4 million views and 204k likes for a video featuring her Stradivarius fashion haul, while @brookehwr’s Zara haul has had 1.2 million views. Who knows what will be hot next month? A Shein merkin? An Asos thong? 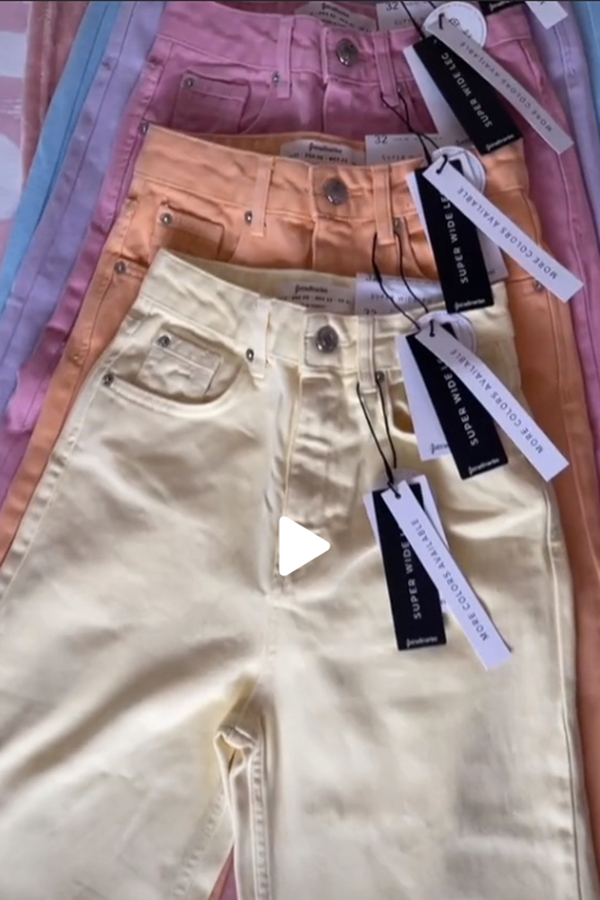 Dad’s jeans are no longer his own

When she was little, you fondly looked forward to the day when your teenage daughter would borrow your clothes. Possibly, you’d even share some. Dream on. Mum’s clothes are tragic. Dad’s clothes, on the other hand, are highly desirable. No matter that the scales haven’t been kind to dad in the intervening years: XXL sizes are a bonus. No jeans are too big, no sweatshirt too baggy to be purloined from his wardrobe: she’ll simply hold the jeans up with a fluorescent shoelace nicked from one of her little brother’s trainers, or wear the sweatshirt in the manner of a dress.

Once her hands are hidden from view and you can barely see her legs, she’ll be ready to leave the house. Or maybe she’ll just wear Dad’s favourite sweatshirt to bed. So fond of her father’s white Fruit of the Loom sweatshirt is my daughter that he bought her her own one for Christmas. But does it stop her borrowing his? Take a wild guess.

It’s happened. She’s met a boy. He’s been in her bedroom. He’s left his underwear. Oh, GOD. Hang on. Those stripy boxers look familiar. You could swear they’re your husband’s. Maybe you put the laundry in the wrong bedroom, only you never do that, because you are Supermum, which can only mean one thing: even your husband’s underwear isn’t safe from the clutches of your teen.

If you want to know how they style these inexplicably in-demand items, take tips from TikTok user @princxss_nj, whose video of herself modelling a three-pack of men’s boxers from Primark has so far amassed almost 230k likes. But why buy from Primark – or anywhere – when you can raid Dad’s pants drawer? What a glorious time to be young and alive.

The Chic List: I’m ready to reveal my back story

Out of Africa and on to the high street

You can buy the top-to-toe M&S outfit that Holly Willoughby just...

You can now rent bridesmaid dresses thanks to By Rotation and...

Johnnie Boden: How my feminine side has made me a fortune

The Duchess of Cambridge’s high street jeans are now available in...

YES YOU CAN: Sale-shop for a style classic