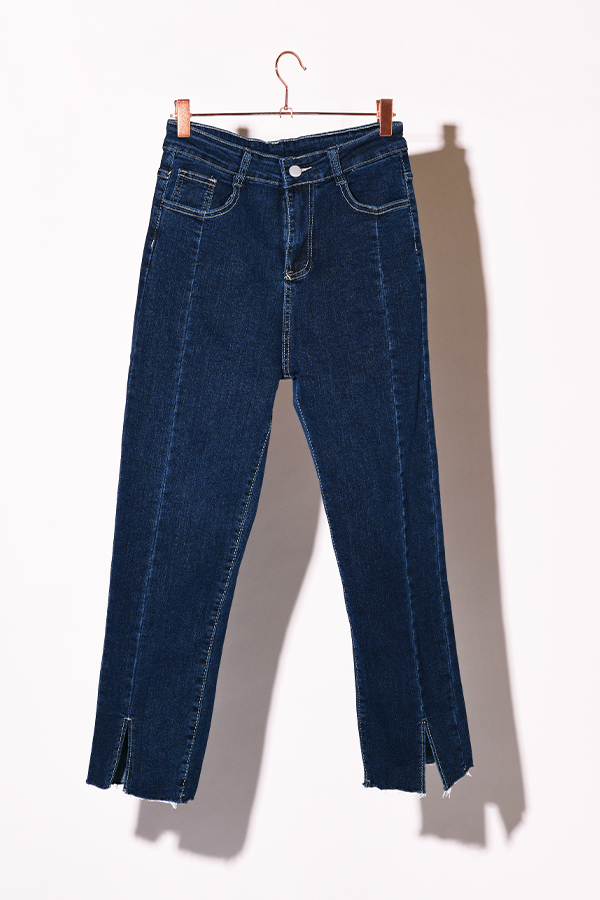 These jeans – by fast-fashion brand Shein – were made in China from a mix of cotton, elastane and polyester. none of these fabrics can be easily separated, meaning the jeans will end up in landfill. The quality is poor so these won’t last long either.

Shein only scored 1/100 in campaign group Fashion Revolution’s 2021 Fashion Transparency Index, meaning the company is seriously secretive about its business practices. After going undercover at Shein’s factories last year, watchdog group Public Eye accused the company of violating Chinese labour laws. As well as barred windows and no emergency exits, it reported that in some factories staff worked up to 75-hour weeks.

Unsurprisingly for a company that releases around 2,800 new pieces a week, sustainability isn’t a priority for Shein. The jeans arrived in a non-recyclable plastic mailing bag and a resealable plastic garment bag. But at least most councils can recycle the plastic it’s produced from.

The company started Shein X in 2021, a programme to help independent designers launch their own brands through its site. It’s positive but also ironic considering Shein has been accused of stealing designs from small brands and artists without permission or payment.

Like much of Shein’s stock, these jeans were flown to the UK from China. In fact, thanks to its ultra fast-fashion business model, the company always has a cargo plane on standby.

Yes, these jeans are super cheap, but at what cost to the planet and Shein’s workers?

READ MORE from the The Green Guide