She stole the show – and our hearts – in Peaky Blinders as the unsurpassable Aunt Polly. Cole Moreton pays homage to the late, great Helen McCrory.

Aunt Polly dresses to kill. Literally. In series two of Peaky Blinders, she gets all glammed up ina hat, gloves and lace choker plus hidden revolver. It’s a scene that reveals her ruthlessness as she seeks ou ta police chief who has raped her. Polly gets close enough to kiss him, then shoots the devil through the heart. And as he dies, Polly spits out a line that has come to define the show: ‘Don’t f*** with the Peaky Blinders.’ As the camera lingers on her wild eyes and drying tears, we see again why Helen McCrory was hailed as one of the best actors of her generation, even before she agreed to play a leading role in this brutal family drama set in the slums of Birmingham just after the First World War.

Helen turned it down at first, for fear of being asked to play a cliché. ‘My own grandparents grew up in the slums of Glasgow and were miners’ kids in Cardiff and I thought I was going to be there with a mangle saying things like: “Gotta get up early to get a wash on in the back yard.”’

That reluctance was understandable. Helen had worked with Martin Scorsese on Hugo and with Daniel Craig in Skyfall. She had nailed Cherie Blair in the movie The Queen and had a blast as the evil Narcissa Malfoy in three Harry Potter movies.

Theatre critics saw her as the successor to Dame Judi Dench after thrilling performances in plays by Ibsen, Chekhov, Pinter and Shakespeare. So she didn’t need a new television show if it was going to be rubbish.

The writer Steven Knight promised Peaky Blinders would be shot with the flair and tension of a Western but also feel completely new. Together they created Aunt Polly as a spellbinding woman defying the rules of her time, deadly as a bullet but mystical and compassionate too. We first meet her when she has already brought up the Shelby kids, running the razor gang while the boys were at war, and the heart and soul of their operation. Yes, she prays in church and manages the money for the Shelby business empire, but we’ve also seen Polly get off her head on opium, sleep with men half her age and fall in love with a contract killer. And since she was spared the noose for murdering that copper, Polly has been afraid of nothing and nobody.

Her wardrobe is incredible, too. Over the years her clothes became more dramatic. Series five started with Polly sweeping back to Birmingham from the high life in Monte Carlo in a spectacular three-piece suit, leather gloves, sunglasses and fedora.

Cillian Murphy says the complex relationship between Aunt Polly and his character Tommy Shelby, the leader of the gang, has been central to the whole story. ‘She was his aunt, but sometimes his mother and sometimes his sister. At times, they were almost a husband and wife team.’ The two actors became close, too. ‘She was so funny, dry and self-deprecating,’ he said after her death from breast cancer last April at 52. ‘If I was worried about anything, I’d go to see her. Helen was my closest pal on the set.’

Helen was born in London, but as the daughter of a diplomat she was raised in Cameroon, Tanzania, Norway and France before returning to England. She was turned down for a place at the Drama Centre in London but told the director she would apply again every year until he let her in. A year later, he did.

Helen met her husband Damian Lewis when they both appeared in the play Five Gold Rings at London’s Almeida Theatre in 2003 and the attraction was immediate. The director Michael Attenborough said working with them was ‘like directing a fire’. They married in 2007 and lived in Los Angeles for a while, but chose to raise their children Manon, now 15, and Gulliver, 14, in North London. 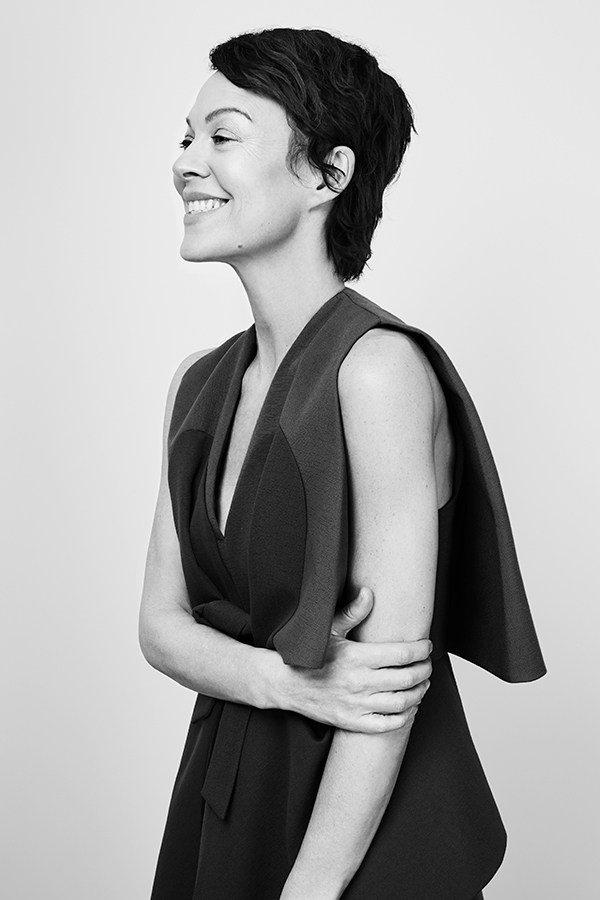 Just like Aunt Polly, Helen had a way of talking that was playful but also warned you not to mess. I met her when she took the lead in the big-budget BBC drama MotherFatherSon in 2019 opposite Richard Gere. She was funny, bright and confident. I asked whether she’d been in love with him as a teenager (An Officer and a Gentleman came out when Helen was 14). ‘I was a naughty girl,’ said Helen, shaking her head. ‘I was a Jimi Hendrix girl. I liked my rock ’n’ roll. I liked the naughty boys. I knew who Richard was but I had a crush on Adam and the Ants back then. It was all London, it was all edgy, protest marches and Doc Martens.’

We talked about the charity work she did in the area around her home. ‘We take art to kids that are struggling at school. There’s a lot to do other than acting.’ Her striving to help others continued even while she was sick.

During lockdown, she and Damian– with comedian Matt Lucas and John Vincent of the Leon chain of restaurants – raised more than £1.5 million to feed the pressurised NHS.

Helen was reportedly so busy that she missed an envelope offering her an OBE in 2017 for services to drama: ‘I thought my OBE was Damian’s parking ticket. So I threw it to one side.’ The mistake was only realised when the palace rang up asking if she wanted the honour or not: ‘I squealed!’

Helen was a very private person who told only her closest friends that she was ill. The breast cancer took her away just as the final series of Peaky Blinders was shooting. The creator Steven Knight said: ‘The loss of such an incredible human being is the main thing. The loss of such an incredible actor is awful. She was right at the heart of the series. And it’s a challenge to keep going with the story without her. But we knew that she would have wanted that to continue. So that’s what we did.’

We’ll have to wait and see what happens to Aunt Polly, but there will surely be tears as we remember the remarkable woman who brought her to life.

READ MORE: The women of Peaky Blinders open up over losing Helen McCrory