As much we love and adore summer, one thing we never look forward to is the return of hay fever season.

Anyone who suffers from the allergy can relate when we say that it is the most unpleasant and inconvenient thing to deal with, especially when all you really want to do is enjoy the beaming sunshine, alfresco dinners and endless picnic and BBQs.

And while there are plenty of different remedies that can prevent hay fever from ruining your summer plans, one particular – and very practical – new treatment is being raved about online. Say hello to hay fever relief wipes.

The product, from skincare brand Nauge, is designed to remove and trap pollen, dust, and pet hair before they can cause any irritation. What’s more? they’re only 99p in Savers stores or £1.49 on MyShop.co.uk.

The genius wipes became the talk of social media after one happy customer wrote about their magic ability to relieve her hay fever symptoms in popular Facebook group, Extreme Couponing and Bargains UK.

As reported by Metro, the comments on the post were soon flooded with other users who were equally full of praise, with many adding that they also were ideal for those who do not like taking hay fever tablets, or for children to use.

The relief wipes are made with peppermint and tea tree oil and as their description states, they remove and trap pollen, dust and pet allergens before they have a chance to affect you. 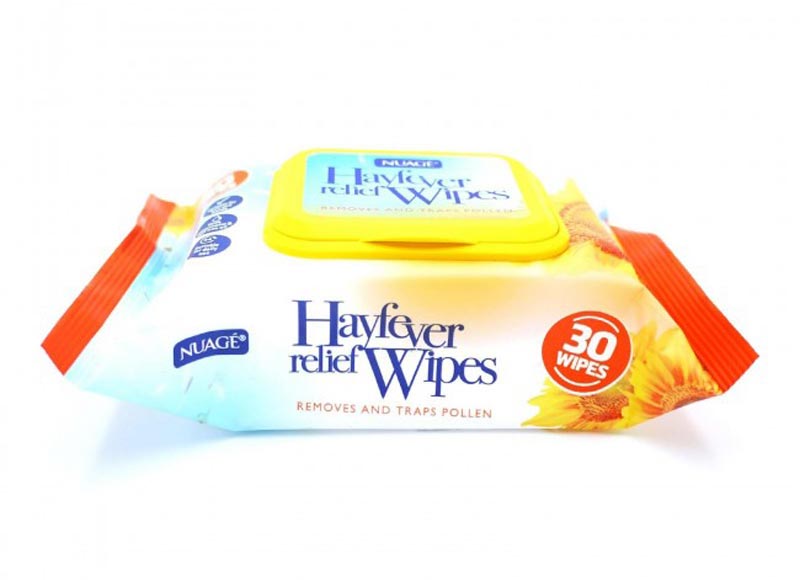 Hay fever symptoms can include everything from sneezing and coughing, having a runny or blocked nose, itchy, red or watery eyes,  throat, mouth, nose and ears as well as a loss of smell, pain around your temples and forehead, headaches, earache and feeling tired.

Although the wipes seem to be effective, speaking to YOU previously Dr Clare Morrison of MedExpress said that prevention can be better than cure.

‘In order to prevent the worst of the symptoms, avoid contact with pollens and grasses by keeping away from parks and gardens, particularly when levels are at their highest, in the early morning, evening, and at night,’ she explained.

‘If you do go out, have a shower and change your clothes when you get inside. Also, keep your windows shut and avoid drying your washing outdoors.’