When you imagine yourself following the wine trail, you may immediately picture the rolling hills of Tuscany or perhaps the vast expanses of new world destinations such as New Zealand or Australia. However my most recent wine based expedition (what other kinds of expeditions of note are there?) took me to a location with the historical standing of their old world counterparts, indeed they have been vines on the island for the best part of a millennia, and the fresh and accessible approach of the new kids on the block.
Cyprus has long been a favourite destination of weary British travellers looking to escape and relax to warmer climates. Perhaps the reason Pathos remains relatively unknown with international wine circles is due to the fact that the majority of the wine produced on the island is consumed there, quite probably by all the British holiday makers! Indeed only a very small proportion of its produce makes it overseas, explaining why Cypriot wine may not (yet) be on your shopping list. 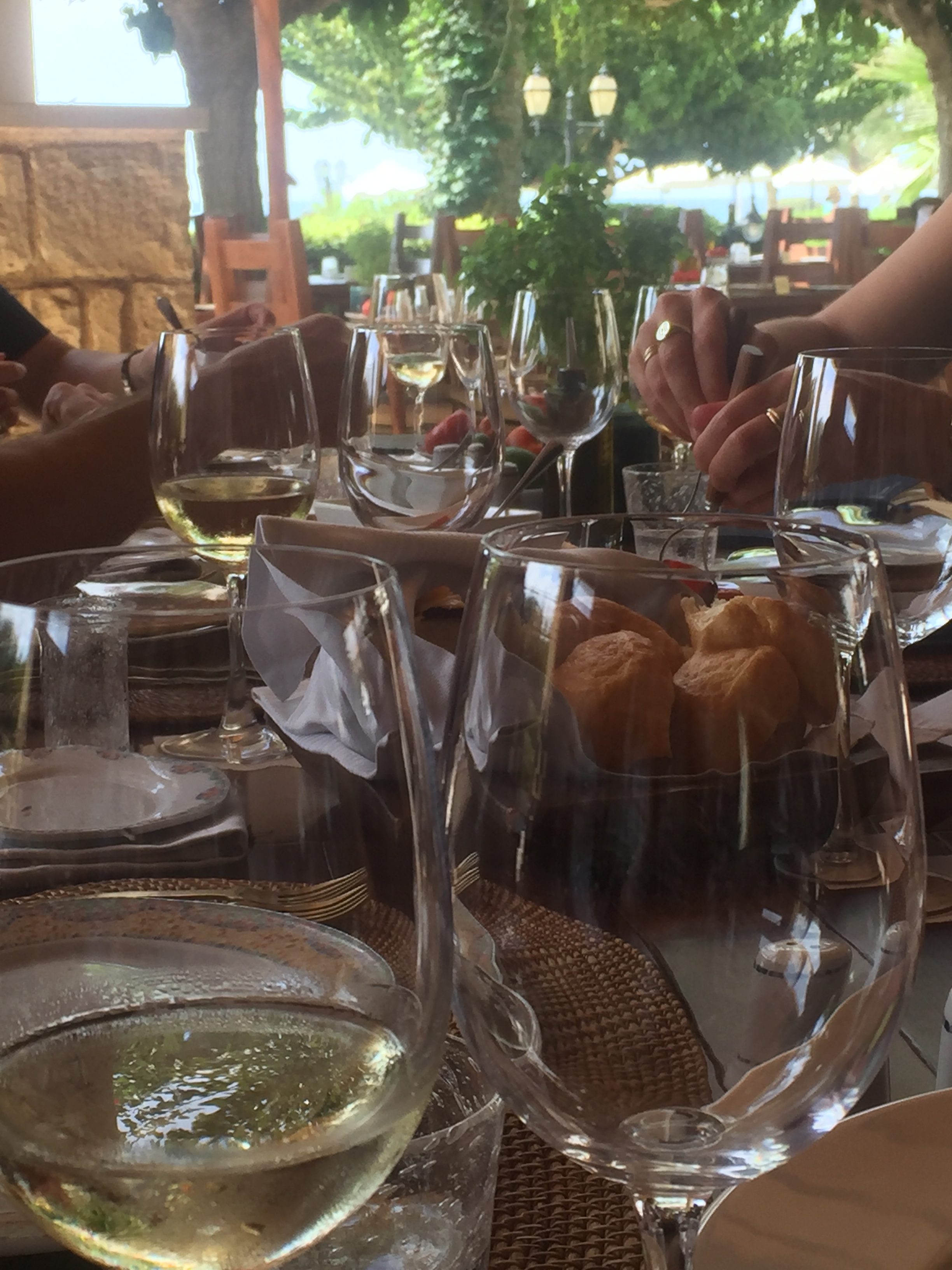 Never one to shy away from luxury, I stayed at The Elysium hotel and made full use of their idyllic seaside setting whilst I began my wine schooling from their incredibly knowledgeable and times incredibly patient in-house sommelier Yiannis. Scanning an eagle eye over their local wine list there were some names a novice like myself would recognise (home grown merlot and shiraz feature heavily), however it’s the age old local grape varieties that are really interesting. In particular look out for the local white of choice, Xynisteri. It has a higher acidity than many of its more famous counterparts, which makes it a great gastronomical choice, it counter balances the oily structure of the traditional food. My serving suggestion would be to enjoy a chilled glass whilst indulging in the freshly grilled seafood dishes the Mediterraneo restaurant, The Elysium’s the beach side open air restaurant. 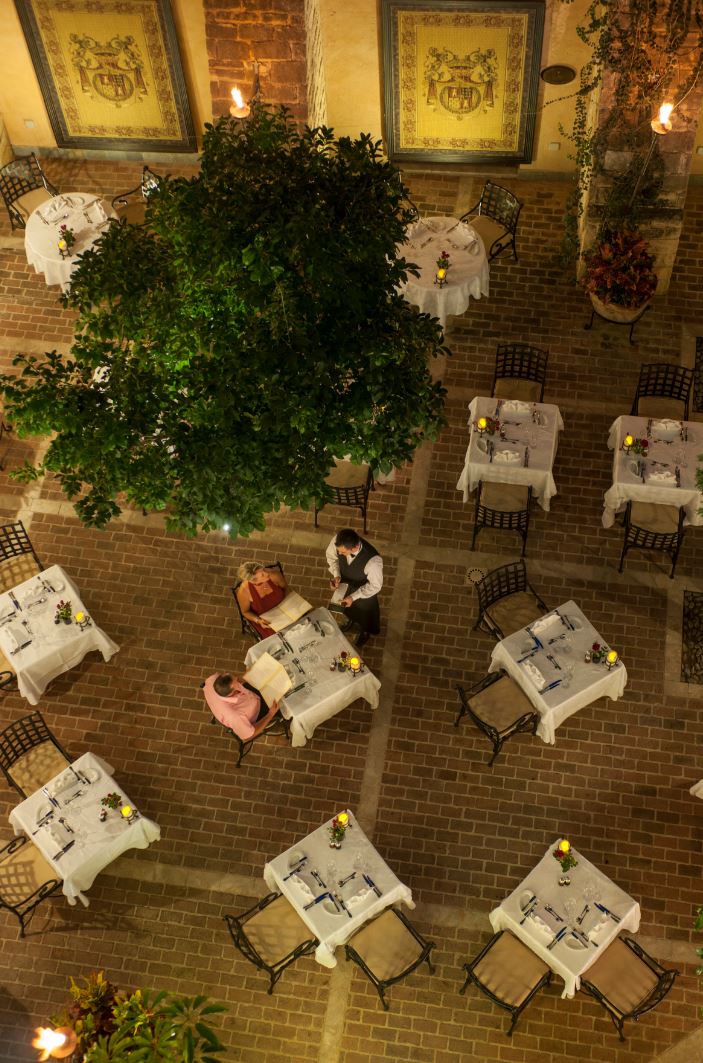 Speaking of restaurants, Elysium has no fewer than 5 to choose from, giving you ample opportunities to find accompaniments as you work your way down their wine list. A personal shout out has to go to Ristorante Bacco, set in a private recessed courtyard in the centre of the hotel, the picture of mood lighting and creeping vines, it offers a perfect romantic setting and authentic Italian cuisine. Back to the wine list for a moment, Pathos is renowned for having the world oldest named wine still in production, an esteemed amber coloured dessert wine named Commandaria. Such a large accolade deserves a rather show stopping dessert accompaniment. It goes without saying desserts always hold a special place in my heart, and no dessert comes more theatrically presented and lovingly created than the Sur la Table experience in Ristorante Bacco. Served with a Willy Wonka inspired flourish by their head patisserie chef directly on to the glass table top. Individual desserts arrive one by one, so many in number I lost count, each more intricately designed than its predecessor. Beautifully framed by elaborate hand drawn chocolate swirls and the pièce de résistance smoking chocolate bomb in the centre of the table, it really is an experience that needs to be seen to be believed. 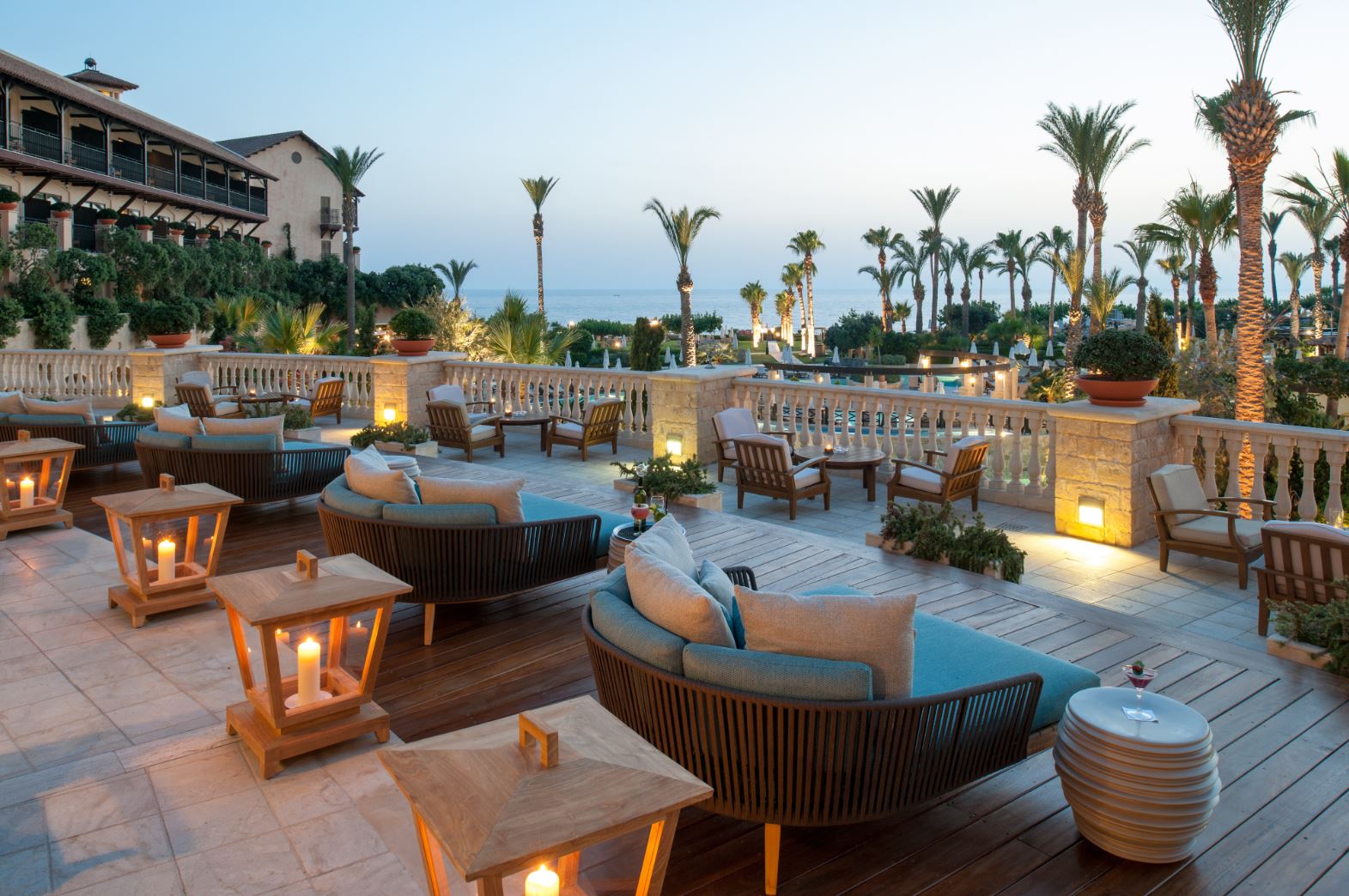 In your time in between the excessive amounts of eating and drinking, be sure to sleep it off around the Royal Pool, set aside from the rest of the hotel, very peaceful and pleasantly adults only.
You can easily rent a bicycle and enjoy an invigorating journey down to the harbour down one direct path, so there no chance of getting lost! For you culture vultures the ancient Tombs of the Kings is adjacent to the hotel. Indeed Pathos has been named the European city of culture this year and deservedly so! Continuing on your wine themed itinerary, many of the local vineyards run in-depth tours if you are interested in the science (and the passion) that goes into each glass, followed by a tasting, so you can tell your Maratheftiko from your Mavro. Or for those more sedentary characters, I can personally vouch for the Opium Health spa, it’s all about choices really. 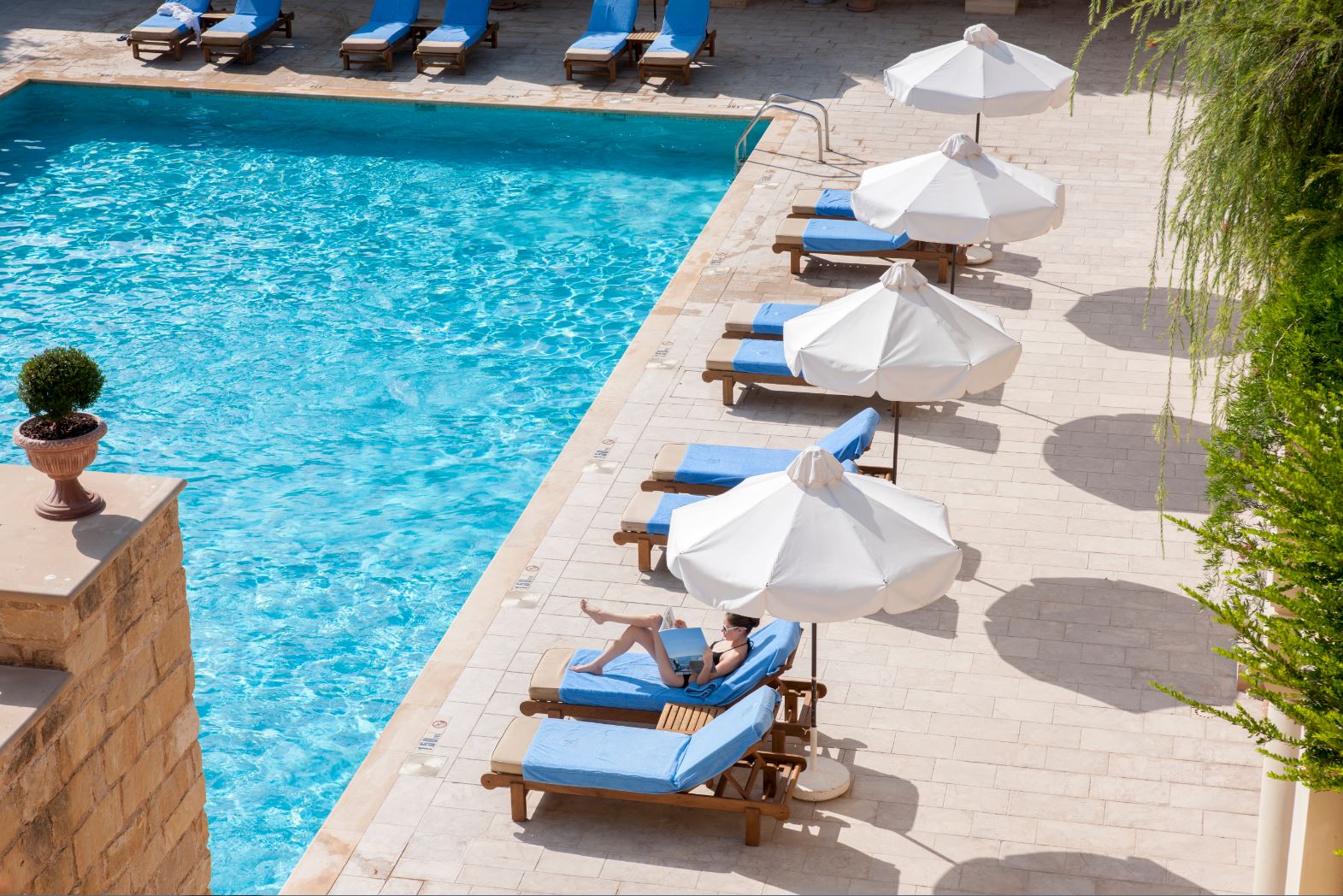 In short, Elysium offers a classical holiday destination reimagined with wine enthusiasts in mind, for reliable year round sun, a strong local wine list and those luxurious finishing touches it is without doubt it’s a fine choice.