Geri Horner always looks gorgeous – but her latest outfit is even more of a triumph than usual in the eyes of her fans.

The Spice Girl chose an on-trend beige trench coat layered over a sage green top and snakeskin boots as she headed to Radio 2 for an appearance on The Zoe Ball Breakfast Show, and her loyal followers couldn’t get enough of the look, with some even calling it ‘one of her best.’

‘Love the outfit ?? looking fabulous ✌??,’ wrote one on Geri’s Instagram page when she shared a snap of herself from the day, while another commented: ‘You look incredible.’

But even more incredible than Geri’s style choices is the price of her picks, which included a Topshop jumper that retails for just £19 (yes, that’s £1-9). The premium ribbed jersey funnel neck added a subtle pop of colour to her otherwise neutral outfit, which you can also get your hands on. 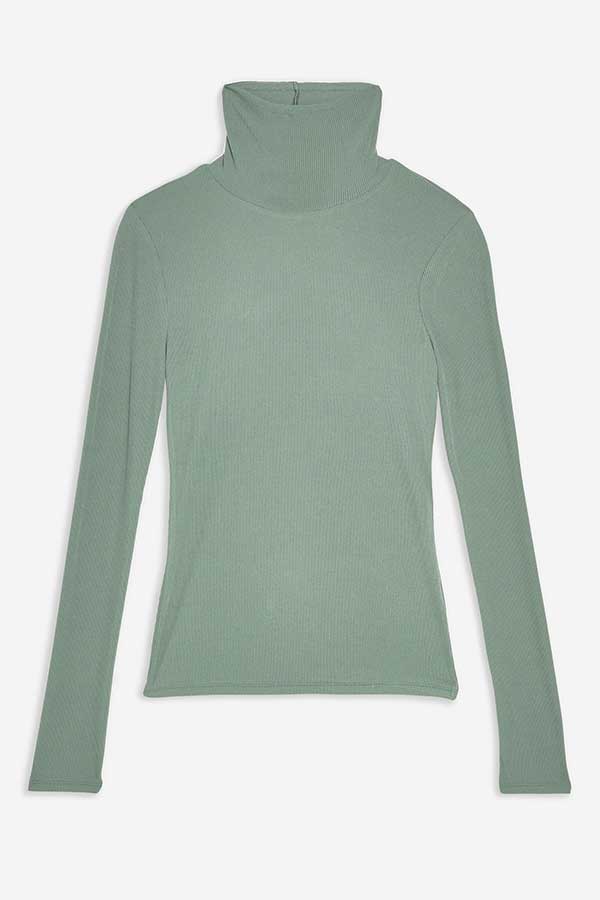 The knee-high boots are from Zara, and will set you back £79.99, while Geri’s jacket is an Arket find – a label which admittedly falls at higher-end of high-street, but is still much more affordable than a designer piece.

How do we know where to find the exact items Geri is wearing? Well, it’s all thanks to her stylist, who is none other than Holly Willoughby’s go-to wardrobe wizard Angie Smith.

Angie and Geri have worked together previously, and Angie also looks after stars including Rochelle Humes, Christine Lampard and Laura Whitmore, so she’s certainly a lady who knows her stuff when it comes to affordable fashion.

‘You have to be honest. I’m not very good at hiding what I think,’ she told YOU last year, when quizzed about how she goes about dressing famous faces. ‘But if someone really wants to wear something I’ll try to make it work.’

‘I remember dressing a young British actress for a red-carpet event in the States. We were choosing dresses and she said, “I want to feel as though I’ve just got off the beach and still have sand between my toes.” When she said it I knew the dress for her. It made me realise that as soon as you focus on how people want to feel, not just what they want to look like, you’ll get it right.’

Primark are selling a £15 pink dress which looks just like...

Every item in the The Vampire’s Wife x H&M collaboration, from...

This £15 M&S jumper is getting rave reviews from shoppers

14 best dungarees for lounging around in when you’re bored of...

The Outnet’s ‘Best of GANNI’ collection brings back archive prints and...