TV gameshows may be just a half hour of easy watching for most of us, but for the contestants featured here those precious, pressured minutes have been transformational. They reveal how it feels to hit the jackpot – and share their winning secrets. 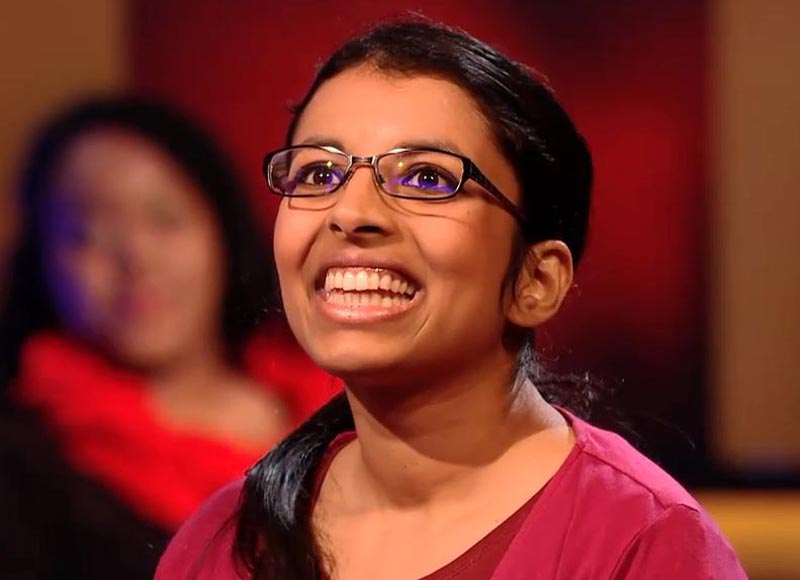 If you want to be picked for a show, it helps to have an interesting story about how you’d spend the prize money. I was born in Sri Lanka, my husband in South Africa and our daughter Tomiri has great-grandmothers in both countries. We used the money to take her to South Africa.

I don’t think viewers realise how much waiting around there is on a quiz show, or how many steps you need to go through to get on a show. It entails lots of auditions – I put a great deal of effort into the way I presented myself.

I love quizzing. I’ve been on Only Connect, Who Dares Wins and Debatable and I’m always looking for contestant calls on TV channels or Facebook groups that producers use when they’re auditioning for new shows.

The aim of !mpossible is to beat the other contestants by avoiding impossible answers to questions. For example, which European country has Paris as its capital: France, Germany or Canada? Canada is impossible because it’s not in Europe, so if you’d said that, you’d be knocked out.

‘You don’t need as much experience as Suda,’ says the programme maker’s managing director Lynn Sutcliffe. ‘We receive a lot of applications, so tell us something about yourself that makes you stand out.’

!mpossible and !mpossible Celebrities will return to BBC One later this year.

When zero’s the hero

Emma Hudson, 22, a radiation protection advisor from Gateshead, won £10,500 with her mum Janet on Pointless. 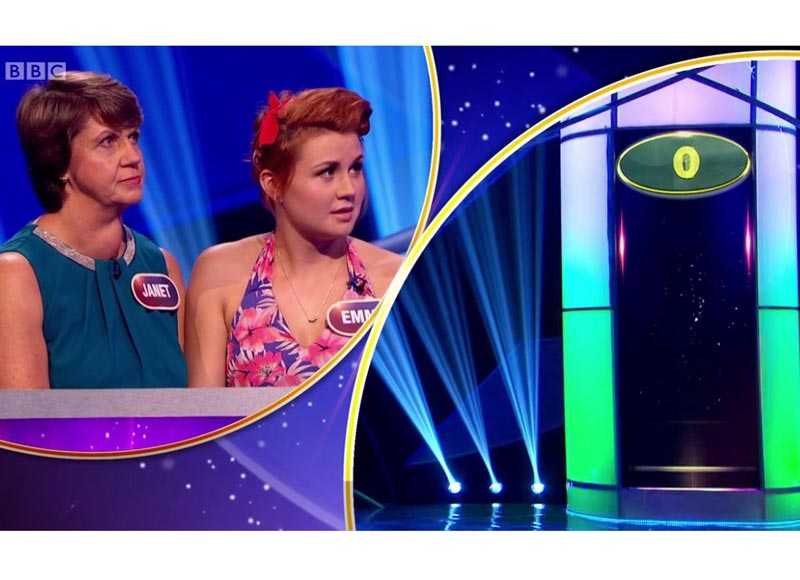 Mum and I used to play along with the teams on Pointless as if we were the fifth pair. In order to win, you have to come up with the correct answer to a question – that no one else has thought of. The winners have the fewest total points – and scoop the ‘coveted Pointless trophy’ along with a cash prize. Mum’s good on languages and film, whereas I’m better on pop culture and science. Together, we made a pretty good team. I went into it hoping for the best, but Mum tried to revise obscure answers to topics that come up, such as F1 winners.

The day itself was busy – they record four shows – but all the contestants were really friendly, and the show’s hosts, Alexander Armstrong and Richard Osman, genuinely want people to do well. When we got to the final, we chose to answer questions on ‘Actors in Films about Journalism’. I hadn’t heard of the first two films that came up, but the third was Spotlight and, luckily, I knew that Stanley Tucci was in it. Mum said, ‘Are you sure?’ but I was, and it was a pointless answer!

Mum spent her winnings on a cruise and I went on holiday to Mexico – although my dad said I should have put it towards a mortgage. Mum now watches our episode whenever she needs cheering up.

‘A quick look at your chemical elements, American presidents and Shakespeare plays before you come on could be your saviour,’ says executive producer Tamara Gilder. ‘And, if in doubt, say “Vanuatu”!’

Howard Bluston (centre), 73, from Edgware took on the Eggheads solo after his teammates were knocked out – and won them £15,000. 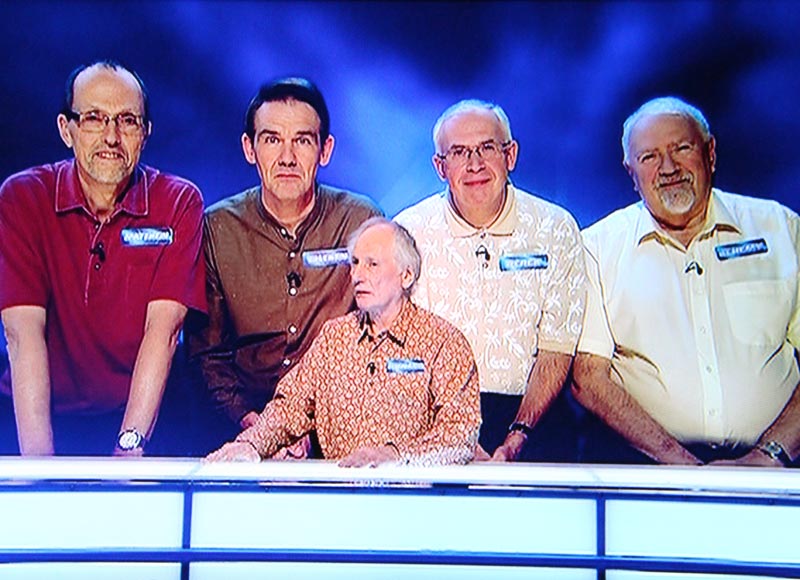 We chose the team name Acorn Antiques because we’re all old so-and-sos – and some of us play for Acorn Lawn Tennis Club. Nine professional quizzers make up the Eggheads, five of whom take on teams of challengers while Jeremy Vine asks the questions. We hadn’t quizzed much together but we’ve all watched Eggheads for years.

I took six shirts and the production team discarded them all (green, blue and white don’t work well on TV), except for a cowboy shirt I’d worn in an am-dram musical. The Eggheads had already recorded two shows that day. They got every question right, which meant that all of my team were knocked out except for me.

The question that got us the money was, ‘Which of these birds is grallatorial – a heron, canary or pheasant?’ I correctly guessed heron. The Eggheads’ last question was on the colour of the top stripe of the flag of Yemen. They hummed and hawed before choosing black. The correct answer was red, and Acorn Antiques won £15,000.

It was a magical day. We had a photo taken with the Eggheads and Jeremy, and the BBC paid for dinner. We had to sign documents saying we wouldn’t tell anyone (except our partners) the result until the show was aired six months later. You don’t go on expecting to win but when it’s your day, it’s your day.

‘We look for teams made up of an interesting mix of people with a good level of general knowledge,’ says executive producer Rob Dean. ‘A good team name means Jeremy can ask, “So why are you called The Fabulous Rat Circus?”’ 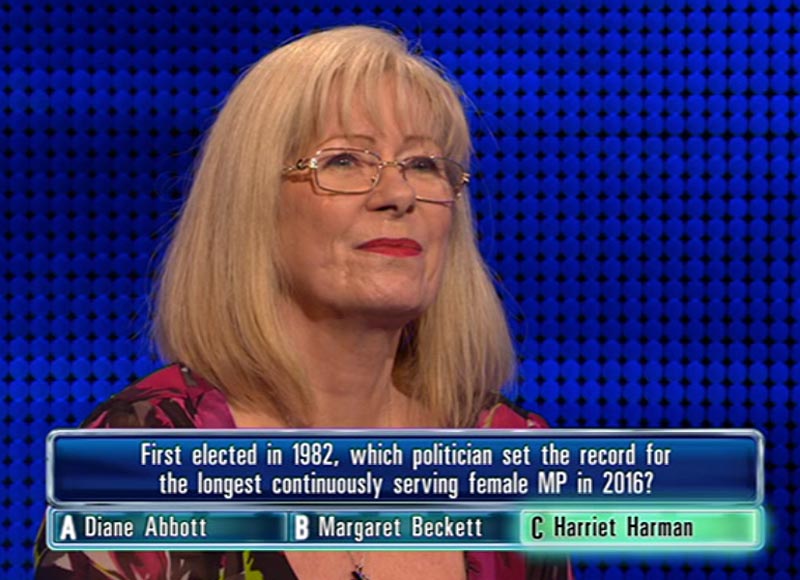 My reason for wanting to be on The Chase was the money. Back then, I had a job that didn’t pay the bills, and had sold my home to pay debts. On the show, you have to work with three strangers by answering general knowledge questions – but you’re up against a Chaser, a quiz champion who is trying to stop you.

When I met the team before going into the studio, I said, ‘Look guys, I’m pretty skint right now so don’t expect heroics,’ and they agreed not to gamble big either.

You don’t find out which Chaser you’re going to be against until recording starts. We were all scared when we saw that it was The Beast (Mark Labbett) – he’s the most fearsome. The presenter Bradley Walsh is good at putting people at ease, but I was so nervous I got easy questions wrong. When The Beast offered me £65,000, I decided to go for it and got through on the last question: ‘In which card game might you go all in with your short stack?’ I guessed poker, and added £65,000 to the £10,000 won by two remaining contestants. We won £25,000 each.

We all left the studio in tears. One of the guys was a student, who said, ‘I can pay off my loan. Thank you.’ My share allowed me to rent a bungalow and gave me breathing space to find a job. It changed my life. I’d advise anyone who knows a little about a lot to go for it.

‘If you are asked, “Which prime minister said…” and you don’t know, try Churchill,’ says producer Helen Tumbridge. ‘He said a lot, so you may be right.’

When it all adds up

Zarte Siempre, a 28-year-old marketing copywriter from Buckinghamshire, first appeared on Countdown in 2013 and, while he didn’t win, he did so well he was invited back. He is the current Champion of Champions. 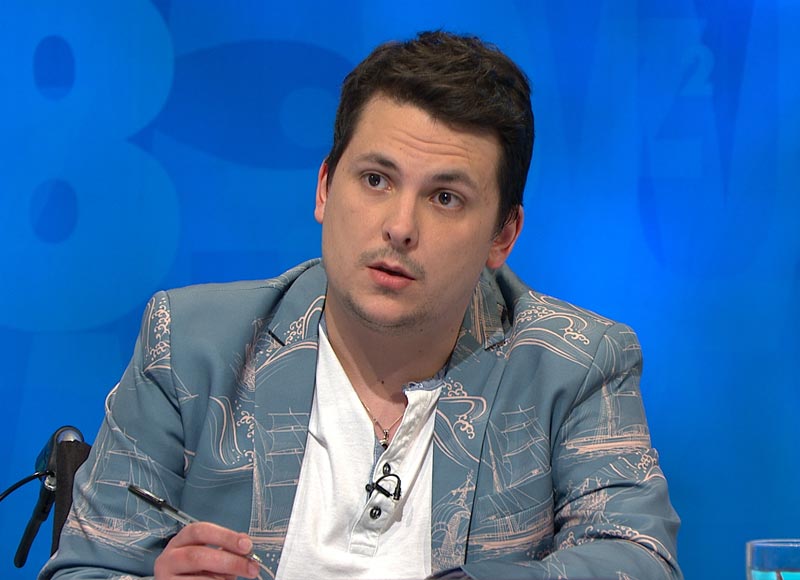 I watched Countdown with my mum when I was about three – I think it helped me learn numbers and letters. But I really got into it about eight years ago. I’d lost my job, a relationship ended and I wanted things to do. I found places online where I could practise wordplay and mental arithmetic until I wasn’t going to be easy to beat on anything.

One of the most intellectually demanding quizzes (and the first programme broadcast on Channel 4 in November 1982), contestants compete to solve anagrams and number challenges for a teapot, the 20-volume Oxford English Dictionary and a laptop, but really it’s all about the honour.

I sent in an application form; there were emails, a phone chat and some practice rounds before I was told I’d been successful. The recording was a month later. I used to do amateur dramatics, so lights and cameras didn’t bother me – I was more nervous watching the final than actually playing the game.

They film five shows a day and players sit together in the green room. Everyone who works on the show – the producer, make-up team, host Nick Hewer, maths whiz Rachel Riley and Susie Dent in Dictionary Corner – was great at putting people at ease. I’m now really involved in the Countdown player community, which runs events up and down the country.

‘Unlike some gameshows, we’re not looking for big personalities – we’re more interested in whether people have the brains for the game,’ says series producer Damian Eadie. ‘When you’re playing in the word rounds, and the clock’s ticking, it’s important to write down the letters very clearly. Misreading a V as a U can be disastrous.’

Peter White, 58, was a resting actor when he applied to be a contestant on the ITV quiz show Who Wants to be a Millionaire? ten years ago. 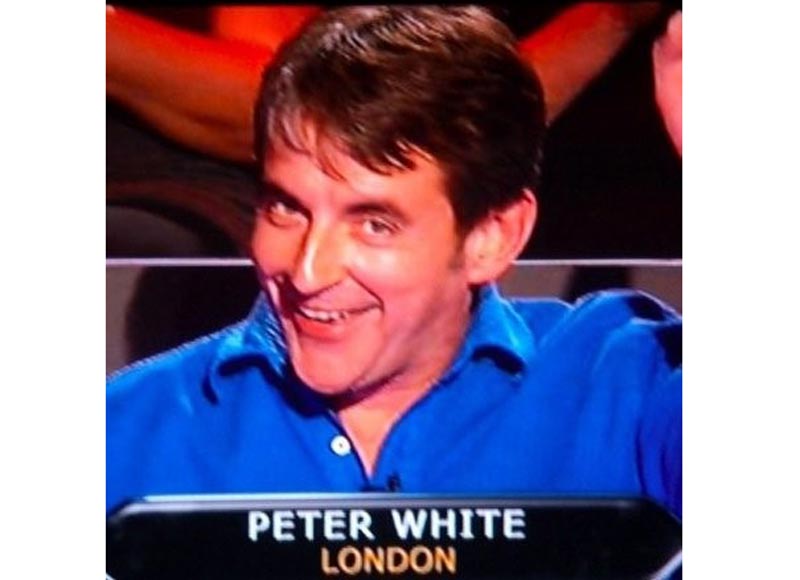 He says, ‘I contacted the programme because I really wanted to win a million pounds! I had a 20-minute interview in a London hotel and was told I’d been accepted on the same day. I’d mentioned that I’d appeared in Titanic – I played a third officer on the RMS Carpathia, the rescue ship – but my part was cut from the film.

I think they liked the idea that if I got through they could ask if I’d been involved in any major motion pictures. On the day of the recording, someone had been carried forward from the previous show, so it was about 15 minutes before it came to the Fastest Finger First round, when ten of us competed against the clock to get into the hot seat – the person who could answer the question the quickest would be the next to play the game.

We were asked something like, ‘Place these four opera houses in order, from west to east’. I knew them but a nerdy retired policeman beat me to it by about four seconds and I had to watch him win £64,000 with simple questions that I knew the answers to! I thought I might get another go but Chris Tarrant, who hosted it then, said, ‘That’s the end of the show.’ It was all very annoying.