It may only be mid January but Christmas already feels like a lifetime ago, meaning our chocolate cravings are active once again. Fortunately, supermarkets have already started stocking all of their traditional Easter treats, including some brand new editions we’ve not seen on the shelves before.

While Easter eggs come in a range of different flavours and sizes, nothing has excited us quite as much as the appearance of the Fry’s Turkish Delight Easter egg.

Available in Iceland, it consists of a hollow milk chocolate egg and also comes with a delicious Fry’s Turkish Delight bar to enjoy. What more could you want? To make it even more of a sweet deal, the Easter egg is priced at just £2 which is a complete bargain and makes it all the more worth it.

The launch went viral after being shared on popular Facebook group Extreme Couponing & Bargains UK. The group, which is run by savvy money-saving shopper Holly Smith, has over a million members with many often sharing the best deals on the market for everything from food and homeware to beauty products.

Sharing the Easter egg news, one member posted an image of the product on the shelves at Iceland and was met with a flood of comments. ‘Turkish Delight egg I’m in heaven,’ one person commented. ‘Need this in my belly.’

Another said: ‘I saw these advertised the other day and already on my list, while a third posted: ‘Love Fry’s Turkish Delight. Good to see different eggs this year.’ 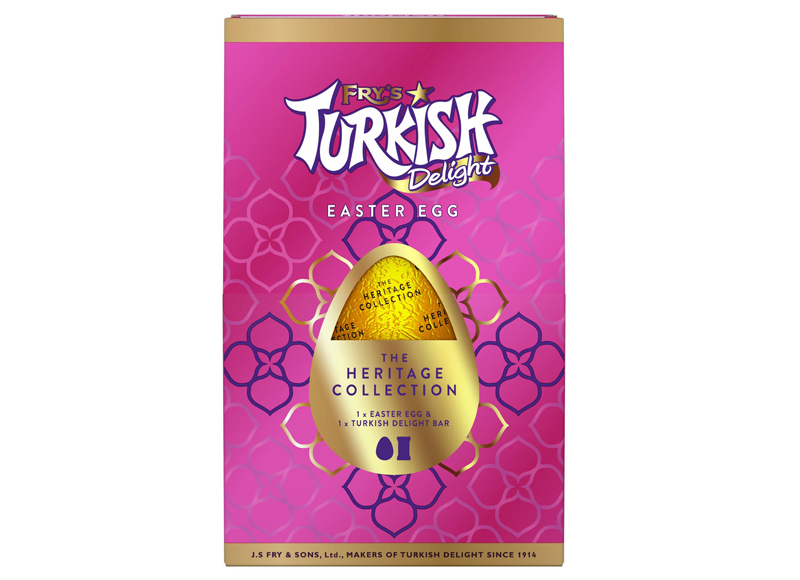 This isn’t the first new Easter egg to make headlines this month. Last week, we reported that Terry’s Chocolate Orange Mini Eggs were now available in supermarkets. The popular treat, which is traditionally associated with Christmas, has also had an Easter revamp this year and now comes in mini egg form.

The bags consists of a crunchy bright orange shell and contain delicious chocolate inside. Aside from the colour, they look and feel just like the original mini eggs only the flavour is, of course, that of Terry’s Chocolate Orange.