If you’re feasting on watermelon or stirring broccoli into salads this summer, you might expecting these nutritious foods to leave you looking and feeling trimmer. However, there are actually certain ‘healthy’ summer foods that can have negative repercussions for gut health and lead to bloating, instead of the flatter stomach you’d imagined.

We asked Dr Ayesha Akbar, Consultant Gastroenterologist from The London Digestive Centre at The Princess Grace Hospital, part of HCA UK, to round up 10 of the most popular summer foods that are making you bloated (and tell us what we should be eating instead).

Dr Ayesha Akbar says: ‘Watermelon is a refreshing snack which is always extremely popular over the summer period. The fruit is packed with antioxidants and vitamins, which can help you to stay hydrated and stop summer colds/illnesses. Whilst there’s no denying watermelon is healthy, many people don’t realise that it contains lots of fructose; a type of sugar which is not easily absorbed by the body. For those who struggle to absorb this type of sugar properly, watermelon will cause the release of hydrogen and methane gases, which will ultimately lead to bloating.’

What to eat instead
‘If you find that your tummy bloats after eating watermelon, try replacing it with “bloat-free” fruit alternatives, such as grapefruit and bananas.’

Dr Ayesha Akbar says: ‘Similarly to watermelon, apples also contain a high amount of fructose and can lead to “fructose malabsorption” issues. Cooking apples before eating them can help to reduce the amount of fructose and therefore decrease the negative side effects. Eating just half an apple will also decrease the amount of gas produced by the body. Taking time to chew will also give your body more time to digest the fibre and fructose, which can sometimes help to reduce bloating.’

What to eat instead
‘If you find that these changes aren’t making much of a difference, try eating blueberries as a replacement snack.’

‘Although they may be refreshing, carbonated drinks – including fizzy water – can largely contribute to people feeling bloated in the summer. This is because the fizzy bubbles in carbonated drinks release carbon dioxide gas in the stomach, which can then get trapped and cause you to feel distended and uncomfortable.’

What to eat instead
‘I always advise my patients to steer clear of carbonated drinks and encourage them to try still flavoured waters instead.’ 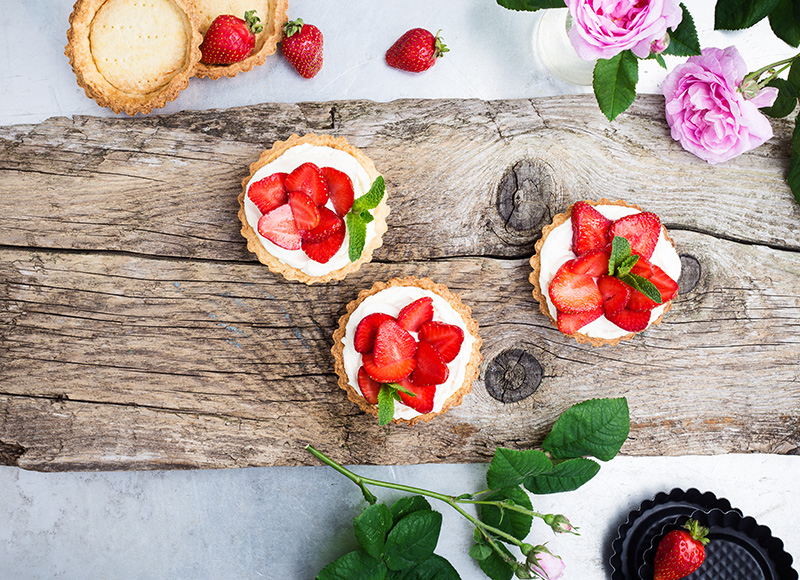 Dr Ayesha Akbar says: ‘Sweetners added to food, such as xylitol, sorbitol and mannito, are used to replace regular sugar in foods which are marketed as ‘sugar-free’. They look and taste just like sugar, but have fewer calories and negative health effects. Whilst these sugar alcohols do help to reduce calorie intake, they can also cause digestive problems for people who consume them regularly. This is because they reach the large intestine unchanged, where the gut bacteria will then feed on them, often leading to gas, bloating and diarrhoea.’

What to eat instead
‘If you notice that you are experiencing these symptoms after consuming foods which are labelled as “sugar-free”, then it would be in your best interest to avoid these altogether.’

Dr Ayesha Akbar says: ‘A proportion of the population are unknowingly lactose intolerant – a common digestive problem where the body is unable to digest lactose, a type of sugar mainly found in milk and dairy products. Eating popular summertime dairy products, such as ice cream or cream, can result in tummy problems for a lot of people.’

What to eat instead
‘If you notice that your stomach bloats after consuming ice cream or cream, try sourcing lactose-free alternatives from your local supermarket, which are made using almond, soya or coconut milks.’

Dr Ayesha Akbar says: ‘Onions contain “fructans”; a type of short-chain carbohydrate often referred to as FODMAPs. They can cause unpleasant digestive symptoms, especially for those with sensitive stomachs or who have irritable bowel syndrome (IBS) and inflammatory bowel disease (IBD). If you enjoy piling up the onions on your BBQ hot dogs or adding them to your salads, ensure that you cook them thoroughly as this will help to reduce the amount of bloating that they cause.

What to eat instead
‘If you enjoy onion flavouring but want to avoid the bloat, try using onion infused oils, such as extra virgin olive oil, instead of plain ones.’

Dr Ayesha Akbar says: ‘Garlic is incredibly popular in the summer, both for flavouring foods and as a health remedy. But unfortunately, similarly to onions, garlic is rich in fructans which can cause bloating. An allergy or intolerance to other compounds found in raw garlic is also fairly common, with symptoms such as bloating, belching and gas occurring as a result.’

What to eat instead
To reduce the amount of bloating you experience, be sure to cook the garlic before consuming it – or alternatively, try using other flavourings such as chive, cumin or ginger.’

Dr Ayesha Akbar says: ‘Whether you enjoy burger buns at a BBQ, buttered French bread with your salad, or sandwiches in your picnic hamper – bread is a staple food when it comes to summer time dining. However, bread is made using wheat flour – a substance that is difficult for the body to process and can therefore lead to a heavy, bloated stomach.’

What to eat instead
‘If you want to avoid a summer bloat, try eating breads which are easier for the body to digest such as rye bread or gluten-free versions. Alternatively, try swapping bread with other more easily digestible carbohydrates, such as sweet potatoes, brown rice, quinoa or buckwheat.’

Dr Ayesha Akbar says: ‘Although salty snacks can help to curb your appetite, when you consume lots of salt the body will start to retain fluid to help dilute the excess sodium. This predominantly happens around the abdomen area, which results in bloating.’

What to eat instead
‘Try to drink lots of water whilst consuming salty snacks as this will help to flush out any excess sodium.’

Dr Ayesha Akbar says: ‘Broccoli is a popular vegetable to add to your plate during the summer, particularly alongside fish or within salad dishes. However, it belongs to the cruciferous vegetable family, meaning it contains raffinose — a sugar that produces gases in the stomach, leading to bloating.

What to eat instead
‘Try adding sweet potatoes, lettuce or spinach to your meals as an equally delicious, but bloat-free alternative.’

This two-second trick will tell you if your wrapping paper is...

Caroline West-Meads: My addictions have destroyed my life

Night terrors: When your dreams could kill you

Vanessa Moore: Feathers tell me my husband is still here