The Royal Horticultural Society has honoured the Duchess of Sussex by naming a beautiful flower after her.

The special flower, now known officially as the ‘clematis Meghan’ is a purple clematis flower with hints of pink that blooms just twice a year – the first time being between late spring and early summer, which is when Meghan tied the knot with husband Prince Harry last year (and the second being autumn).

On its website, The Royal Horticultural Society describes the clematis Meghan, writing: ‘Named after the most recent addition to the royal family (and Prince Harry’s bride), ‘Meghan’ is an exquisite new large-flowering clematis that will usually offer two flowering seasons each year – the first being the most prolific in late spring or early summer (around the time of their wedding), but then again in early autumn.

‘The flowers are a rich and opulent magenta-purple, so they will really make an impact when planted in borders or larger pots.’

Meghan isn’t the only royal to be honoured with a flower named after her by The Royal Horticultural Society. Her sister-in-law, the Duchess of Cambridge, also has a clematis named after her – though Kate’s flower is white and pastel purple, making it just as understated as her personal style.

Queen Elizabeth also has a beautiful pink rose named for her, while Prince William and Kate’s youngest Prince Louis also has a purple clematis of his own named after him. The couple’s daughter, Princess Charlotte, on the other hand was honoured by Dutch flower company Deliflor, who named a pink flower after her ahead of her first birthday. 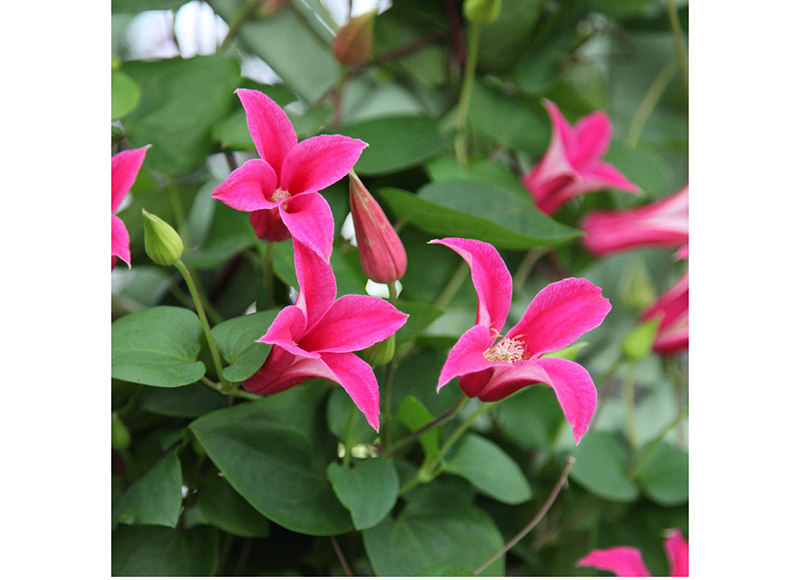 However, William and Harry’s mother Princess Diana has also been honoured by  The Royal Horticultural Society – once when a hot pink clematis was named after her, and again after her death when a beautiful pink and white dahlia was named in her memory.

How to charm a prince: Why royal sons can’t resist a...

Bodyguard: The new BBC One drama everyone’s talking about

Ruby Stewart and Alyssa Bonagura on style, music and sisterhood

Jenny Packham: ‘When I faced my fears’

The nation has voted this famous face as the greatest British...